Incomprehensible savagery by the truck load 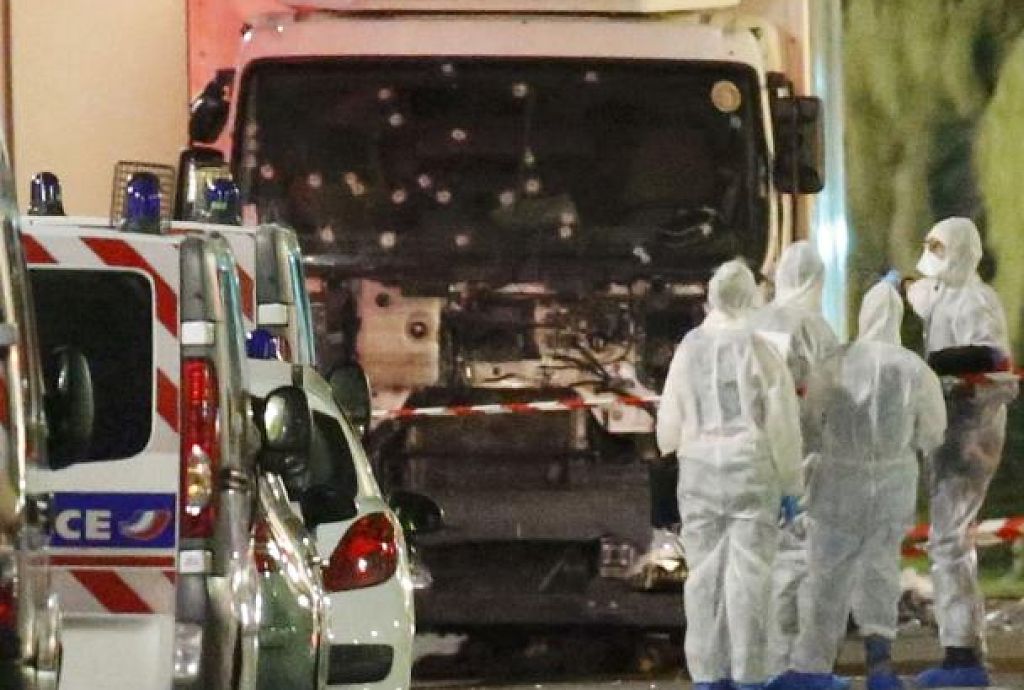 All it took was a madman and a large white truck.  As I write, reports say that 84 people were killed in the Bastille Day massacre on the Nice waterfront.  This is a horror beyond what I can stretch my imagination around.

I find that the commonplace technology, murdering people by running over them with a truck, makes this especially chilling.  This was not a hijacking, or an even-more sophisticated bombing than the one before.  It seems that elaborate security measures did not need to be circumvented.  There will be no debate about whether the driver should have had access to a large arsenal of weapons.  He had a truck and was full of enough hatred or deluded ideology or disconnection from sanity, or all of the above, to be able to run people down over and over again.

I find myself wondering about how to make sense of the senseless.  I puzzle over how the lens of complexity thinking that is core to our work at Cultivating Leadership might help me at such an awful time as this.  This may seem a rather illogical reflex action.  It may be absurd to try and make sense of something about which so little is known so far and yet making some kind of sense of it helps me from feeling so overwhelmed by the horror.

Three ideas from complexity theory might be useful here: the self-organizing nature of systems and networks, the way events and actions at the edges of systems surprise us, and how our actions need to fit the context.

Firstly, networks, such as terror networks, are self organizing and can be very loosely linked together around an overall set of ideas, aspirations, or hatreds.  There does not need to be a line of command and a central headquarters giving orders or providing technologies and resources.  There may not even be direct links with any leaders when somebody decides to go and shoot others or run them down with a truck.  Possible examples of attacks without leaders might turn out to be the San Bernadino and Orlando shootings and now the truck killings in Nice.  It may be that exposure to the ideas is enough to incite people to action.

Secondly, complexity theory tells us that things happen at the edges of of systems in the realm of what is possible, not what is probable.  We have seen this time and time again in the past 15 years with the evolution of terror tactics.  People can be killed wherever they gather en masse and the ways they have been killed has evolved, partly in response to security measures being effective and protecting the last tragic killing.   Aircraft were crashed into office buildings (9/11) and air travel has been protected.  Bombs have gone off on subway trains (Madrid, London, and Brussels) and safety measures have been put in place; and in airport buildings (Istanbul and Brussels) – because planes have been secured;  or at hotels (Mumbai and Kabul and Jakarta and many other sites), nightclubs and concerts (Moscow, Orlando, Paris), because these were ‘soft’ targets.  Now mass killing has been carried out outdoors, on the Nice waterfront after people have been viewing the fireworks on the national holiday.

Killing people with a large truck was always a possibility, but only after the event do we see the probability of it.  In complex systems, things surprise us at the edges.

I realise this account leaves out the mass killings in markets and mosques and churches (especially across the Middle East) and I am conscious how many of my examples are Western ones which is not where the death toll is largest but is where the saturation media coverage leaves these names imprinted on my memory.

The point about the edge of possibilities is that defending the world against maddened truck drivers is an impossible task.  Actions at the edges of systems are almost impossible to police in conventional ways.  The levels of force required, the walls that must be built, the endless security lines and checking are much larger than people wish to submit to.

It would be madness to put a security guard in the cab of every truck.  We cannot put whole communities on watch lists.  Complexity tells us that we can choose to collect masses of data on people but the problem is sifting through the data and making sense of the patterns in time to take action.  Equally, we cannot deport all the people of particular races or religions or concentrate them or intern them in camps.  It has been tried before and it has gone very badly.

Thirdly, responses need to fit the context.  When terror comes through such loosely organised bottom-up networks (perhaps so loosely organised that it might be only a network of ideologies and incitement) then top-down policing from centrally organised state security cannot be enough.

We need the webs of state intelligence and security – linked between states – and we need stronger webs of local communities.

We will need bottom-up community-based ways to respond to the risks of alienation and terror.  But communities are not, by definition tolerant and diverse.  Communities need to feel that they belong to a wider community or nation.  They need to have economic stakes in those wider communities.  And they need state and international frameworks to protect the rights of minorities and safeguard tolerance and diversity.  Understandably communities turn first to protecting their own.  That is what makes them into a community.  It often involves dividing themselves from the ‘others’ to advance their own identity and protect their most immediate interests.

We need stronger networks at the local, national, and international levels in order to respond to loosely networked terror.  This need arises at the very time that across the Western world, people recoil from the costs and losses of globalization and retreat into defending their own borders and boundaries.