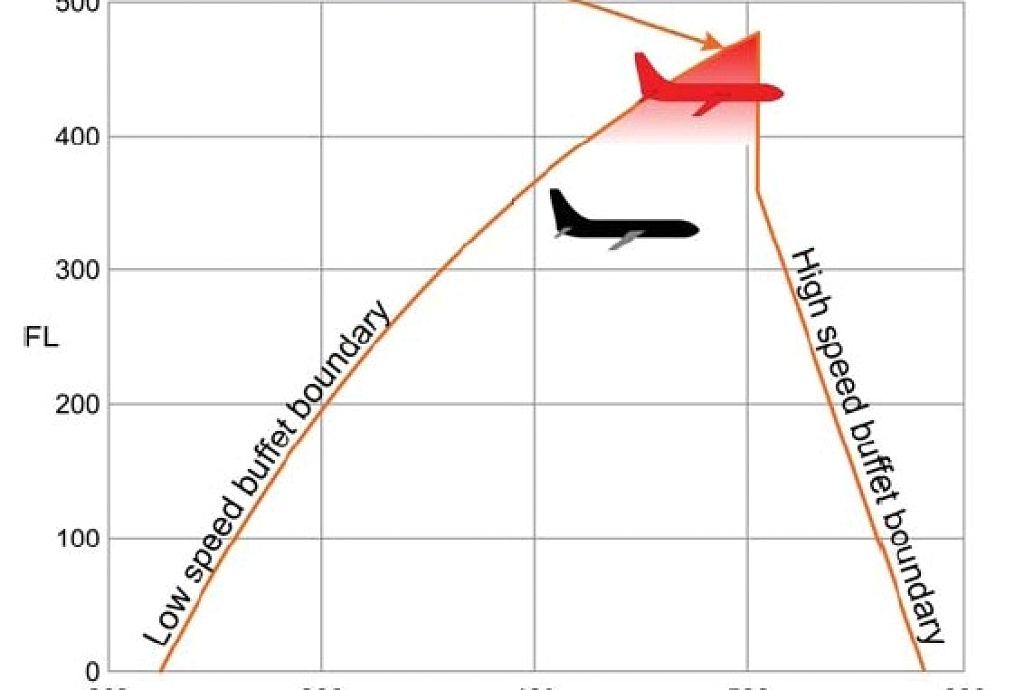 The appalling shootings in the United States in the past week, first of young black men at the hands of police officers and then a sniper killing 5 white policemen at a peaceful protest in Dallas, left many people reeling, including me.  And it left me thinking about coffin corner.

My brother is a retired airline pilot.  He explained coffin corner to me in 2009 when Air France flight 447 had inexplicably disappeared over the mid Atlantic Ocean.

The simple explanation goes like this: Lift for aircraft can be lost when the plane is flying too slow or too fast.  What is too slow or too fast varies depending on the plane, its weight, and its altitude. For any given aircraft, at a particular weight, a line can be drawn on a graph showing what speed is too slow and what is too fast, depending on the altitude (see the diagram below).  We want our pilots to be flying in the sweet spot where there is plenty of space between the lines.  However, these lines converge at higher altitudes.  Pilots call the place where these lines converge, coffin corner, partly because it is shaped like the tapered end of a coffin on some graphs and partly because the consequences can be so dire.  This is the place where pilots can run out of options and lose control of their aircraft.

How does this come up in relation to the shootings in the US?

First, a couple of qualifications about things I barely understand.  My wife of many decades spent her first 30 years in America.  She cautions me that I cannot understand the significance of race in US history and in the psyche of Americans, of the depths of the racism and the hurt and outrage that is involved.  She says this dynamic operates at a whole different level from how it is manifest in New Zealand, where we live.

Second, I have always been flabbergasted by the intensity of opposition to gun control efforts in the United States and the power of the National Rifle Association (NRA).  I try to understand the logic behind it but I don’t really get it.  Neither does she.  Despite impressions to the contrary, it is not as if this is a fundamental lore that has been handed down from the Founding Fathers, generation after generation.  The massive efforts to protect and promote gun freedoms have really only grown in the last forty years, as the Harvard history professor Jill Lepore has written about in The New Yorker.

So I make the following comments from the position of puzzled external observer with a limited line of sight.  I also make them with an abiding horror that so many lives have been lost.

I thought of coffin corner when I read about these cases and watched the video footage because it seemed to be an example of a situation where the nature of the very system means people’s options run out and something horrible can happen.  Many societies are racist, many have high levels of inequality, many have areas of deprivation and crime, many have state security and police forces that can too easily resort to violence.  But in the rich world, only in the United States are you way more likely to end up being shot when things go wrong.

New Zealand is not perfect.  The gun homicide rate in Scotland is a third of the NZ level, and the Japanese rate is less than one tenth of the NZ rate, about one 300th of the US rate!  New Zealand has violence and murders and people with mental health problems and racist attitudes and sometimes mass shootings, alas.  But the point is that bad situations in New Zealand, and in most of the rest of the world, are much less likely to result in people dying.

The rich countries with the next highest gun homicide after the US are Israel and Canada at one fifth and one sixth the US rate, respectively.  No other rich country comes close to the US levels of gun violence.  In general, most of these countries have way fewer guns in private hands than the US does and many more controls on how they are obtained and handled.  Guns do not kill people, people do – as the NRA has said for years.  But having guns so widely available throughout the system means people are much more likely to shoot other people because in a bad moment, they can.

This is the United States’ coffin corner.  When difficult situations arise – whatever racist, terrified, momentarily enraged, or just plain mad elements are in play, the people involved in the US are going to be much more afraid that the other person has a gun and is about to use it and much more likely to feel the need to shoot first and ask questions later.  In the terror of the moment, it feels like there is no other room to move.  The results are deadly and, as the rest of the world shows, largely preventable.