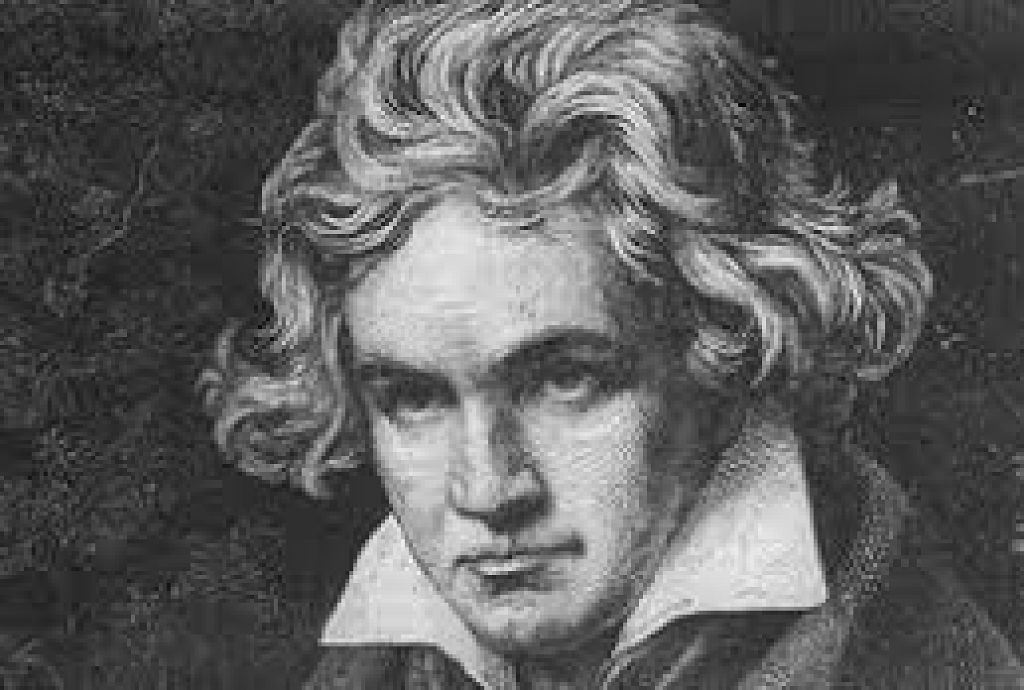 I was thinking about jingoism while enjoying a sparkling performance of Beethoven’s Seventh Symphony last night.  It rather muddied the delight.

Before the concert began I had been reading interviews in the New York Times with Trump supporters across the United States expressing their enthusiasm for his blunt and bellicose rhetoric toward Kim Jong Un of North Korea.  “They will be met with fire and fury like the world has never seen,” said the President.  Then he said he had not been tough enough and the US forces were “locked and loaded.”  His supporters were applauding and I felt deflated by their enthusiasm for the tough guy.

I thought of the British musical hall song of the Crimean War in the 1870s that gave rise to the term jingoism:

And then from the beginning of the Second World War, the jaunty: “We’re going to hang out the washing on the Siegfried Line….”  The Allies did conquer the Siegfried Line, a German defensive position, but it took another five years.

I thought about how the toughness basin of attraction seems to need so much self-reassurance and reinforcement.  We need to layer confirmations on confirmations, to believe our own rhetoric, to assure ourselves of our strength.

The US is not a super power but a hyper power, said Sebastian Gorka, one of the President’s advisors and a talking head on Fox News.  Fighting is such a scary prospect, for many good reasons.  We almost need to hyperventilate to convince ourselves of our hyperpower.

“The need is not really for more brains, the need is now for a gentler, a more tolerant people than those who won for us against the ice, the tiger and the bear. The hand that hefted the ax, out of some old blind allegiance to the past fondles the machine gun as lovingly. It is a habit man will have to break to survive, but the roots go very deep.”

The roots go deep, and yet the system is also fragile and the toughness basin of attraction needs deepening by repeating our rhetoric of strength.  North Korean state media are a continual example of this.

Beethoven’s Seventh Symphony has a military connection.  It was first performed in December 1813 at a concert organised as a benefit for Austrian and Bavarian soldiers wounded at the Battle of Hanau.  The battle had been fought in an unsuccessful attempt to block the retreat of the remains of Napoleon’s army back into France.

Beethoven had earlier been a great admirer of Napoleon.  A decade before he had sketched out his epic third symphony, the Eroica. Inspired by the ideals of the French Revolution, he first dedicated this to Napoleon whom he saw as a great liberator of the people.  Ah well.

Less than a year later, and when the symphony was still in manuscript, Napoleon had proclaimed himself “Emperor of the French”.  Beethoven’s secretary, Ferdinand Ries, wrote ‘I was the first to tell him the news that Buonaparte had declared himself Emperor, whereupon he broke into a rage and exclaimed, “So he is no more than a common mortal! Now, too, he will tread under foot all the rights of Man, indulge only his ambition; now he will think himself superior to all men, become a tyrant!” Beethoven went to the table, seized the top of the title-page, tore it in half and threw it on the floor. The page had to be recopied, and it was only now that the symphony received the title Sinfonia eroica.’

How often do our heroes end up seeming clayfooted?  It’s just a matter of time.

P.S.  While also considering Trump’s and his support base, a rethinking of my last blog is in order.  In it I suggested Trump needed a system to project his power and purpose that was bigger than himself. I compared him with the New York power broker Robert Moses.

Sarah Posner wrote a column in the Washington Post a day or so later.  She argued that the President’s impulsiveness is not the real reason that General Kelly cannot succeed as his new Chief of Staff and, by implication, that Trump will not have the sort of political and leadership system that most world leaders have.  “Rather, it’s because Trump’s base, and in particular, his media and social media base, thrives on West Wing dysfunction that is rooted in what is portrayed as an existential battle between Trump’s “nationalist” staff and advisers, and the dreaded “globalists” in his midst. Because Trump has displayed no real interest in taming that beast, and in fact seems to relish feeding it, any effort by Kelly to slap Trump’s hand away from Twitter will have little impact on the persistent unrest roiling the White House.”

What I read in what Posner is saying is that Trump already has a system operating.  It is based on a kind of anti-system conflict and chaos that neither I nor the ghost of Robert Moses might recognize but it is still a system of sorts.  As Paul Batalden said, “Every system is perfectly designed for what you are getting.”