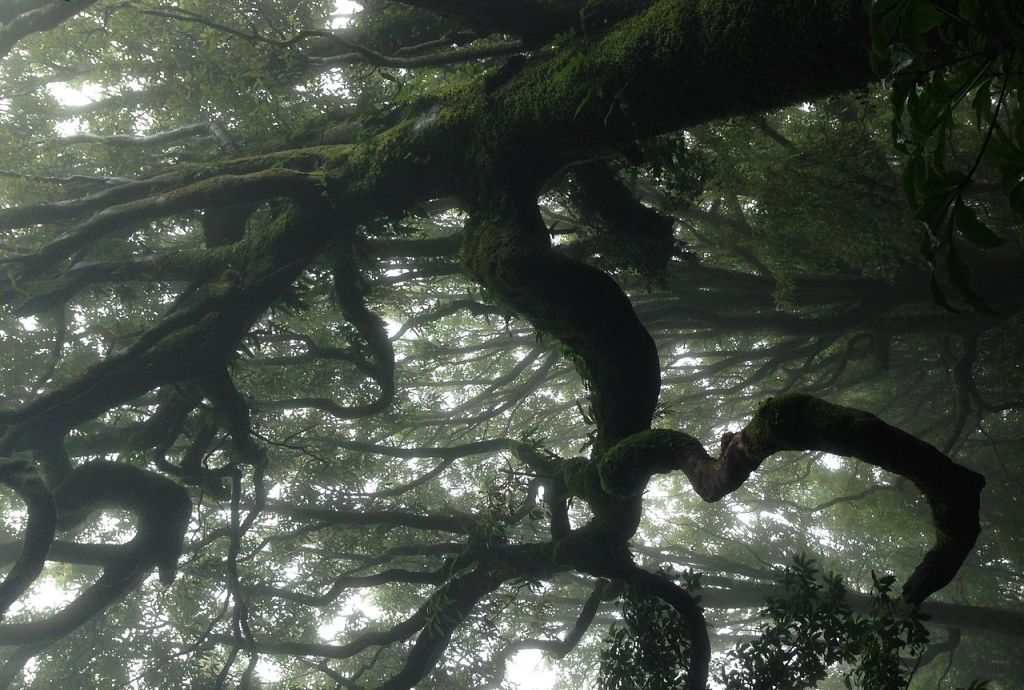 I flew over the US today—from San Francisco to Dallas—and the land looked the same as it always has. Spiky cities with handfuls of suburbs along the coast; crinkled olive hills giving way to majestic red canyons as we flew. And yet, the country has a decidedly different feel this morning. The woman in the seat in front of me has been weeping inconsolably. All though the Koru lounges in Wellington and Auckland last night, the word apocalypse was bandied about. I am flying over a broken country, with a president elect who knows how to tear things apart but has shown no sign of knowing how to put things together.

I have been wondering about the way complexity helps us understand our current state and make sense of it in a way that seems more hopeful than the despondency around me—and in me, if I’m honest. How do our Simple Habits help when the world around us feels foreign and grim?

Asking Different Questions: We are predisposed to believe that the past will predict the future. And we are predisposed to project a story into the future that is simple and partial and then to believe it’s true. Thus all of the discussion of the apocalypse and the talk of Hitler. To project the past into the future is to leave us feeling it has all been written already, that the future is as known as the past is. I think in these cases it is our certainty more than our uncertainty that is so upsetting: those of us who are not Trump supporters believe that now disaster is inevitable. We need to ask different questions here. What do we know about the present state that will help us? What looks to be at the edges here? What is still vulnerable to change? Where are the pinpricks of hope in the darkness? The election is behind us but the future is not written.

See systems: A piece of this is the understanding that complex adaptive systems change in ways that are neither linear or predictable. Systems can take massive shocks and not change much at all, and they can be changed by small things that touch against a piece that was unexpectedly vulnerable. The size and scale of this shift in the US—added to the size and scale of Brexit—is upsetting and bewildering. Complexity theory would let us know that these systems might well be vulnerable to a positive change as well, and that a small shift might make a difference. (For example, look at what happened to gay rights and look what is happening in the legalized marijuana space—issues that were stuck for decades have come loose.)

Take multiple perspectives: This one is particularly hard for me right now. From my perspective, more than half of the people in this great nation have voted for bigotry, stupidity, and violence. But of course, that’s not in any way how they think about it. They have voted for greatness, for possibility, for the hope of a tomorrow that is better than today (although the exit poles would suggest that they voted for a tomorrow that is sort of like 20 years ago). They think I voted for a corrupt woman who has been the insider in a system from which they are disenfranchised. I need to understand the pain so great that it made people ignore things that seemed to me to be impossible to ignore. I need to understand the core feature of hope they experienced, their sense of the greatness that was lost and needed to return. My stories about the people who voted for this president elect are not helpful, not healing. If we are to build a new future together, that needs to change.

Experiment and learn: It is doing something that looks most appealing to me right now. And it is my paralysis about how big the problem is and how small I am that keeps me despondent. But my theories tell me that even tiny moves might make a big difference, that in complexity, it is experimentation and edging forward that creates new possibilities from a foggy present. The point is to notice, and then intervene at whatever scale you have easiest access to intervene in and whatever issue is most central to you. Furious about the way women were treated here? Find a way to make a difference for women—in the life of a single woman who might otherwise struggle or in the lives of a community or group of women. Frightened about the way we’re treating immigrants? Hire one for a living wage, volunteer at an NGO that helps immigrants, or just be kind to people around you who are struggling, who clean your house or park your car. The point is to notice what you care deeply about—which is sadly more obvious when it is under threat—and use that noticing to experiment with ways to make a change in the direction you most desire. And then learn from what happens when you make that change.

My daughter has moved to the US for the first time in a decade to attend a small liberal arts college where she is thriving and her mind is opening like a flower. In her first presidential election, she voted for a woman. Naomi will never think it’s impossible for a woman to rise to the top of the ticket; for her Hillary’s loss was devastating, but her nomination not such a miracle. From Naomi’s perspective, the presidency is totally available to the half of the population who have never had a shot before.

Naomi and I wept together on the phone last night, but this morning she has awoken with a new sense of hope. She and her friends feel mobilized by this election. This is a defining moment that is likely to redirect her considerable drive and intelligence towards a life of public service and making a difference—to unite us with all those in pain, and to work to cherish the planet and all of its inhabitants.

Complex adaptive systems theory doesn’t promise me that she and her generation will be successful at what Hillary’s generation could not do, but it surely promises us that they have a shot. I cannot see the future, and my heart aches in the present, but Hillary was surely right: We are stronger together.