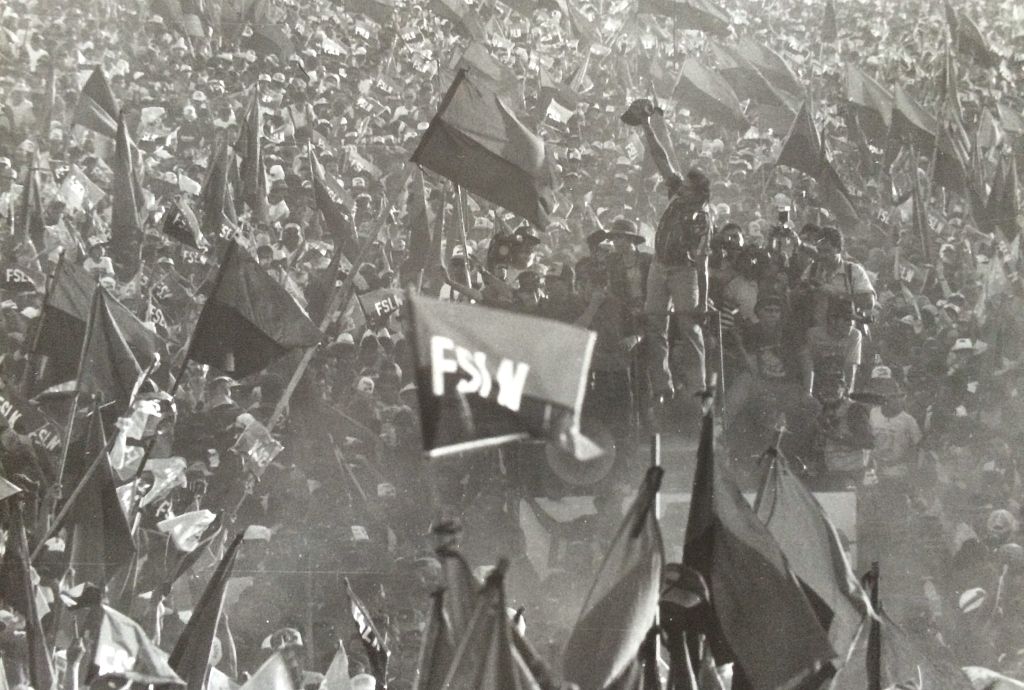 I have a tendency to be over-responsible such that my colleagues often joke that is always Keith’s fault. What about Trump as US President-elect then? Wow. Maybe that’s my fault too? I did write recently about giving him enough rope… But I did not mean that much rope, not the whole ball of presidential string.

Much that I did know or thought I knew now seems wrong or uncertain.

I also feel I have been here before. I have seen members of a silent majority stay silent until they entered the ballot box.

To me this stunning result feels most like the morning after the 1990 Nicaraguan presidential election. The Sandinista Government had come to power in a revolution in 1979. They had promoted social and agrarian policies and advanced literacy and they had gone backwards faced with having to counter a US-sponsored rebel war for many years. The 1990 elections, with international observers, were the opportunity to establish a widely accepted Sandinista government, consolidate the peace accords and rebuild the economy. As I recall, toward the end of the campaign he Sandinistas were ahead in the polls by about 15 per cent. They were a dead cert. I remember an apricot dawn coming up through the windows of the Olaf Palme convention center in Managua and the news trickling out that the Sandinistas had actually lost.

I was struck yesterday, before the results came in, by an observation by Nate Silver that the polling averages showed the highest level of undecided or other voters in this century: 12.5 percent, as opposed to 9 per cent in 2000 and an average of 3.5 per cent in the three presidential elections in between. I asked colleagues in puzzlement ‘What is there to not be decided about?’

Perhaps, it turns out that it was not ‘don’t know’ so much as ‘don’t want you to know.’ The Clinton vote held up but there might have been a silent 3-6 per cent for Trump that felt unable to even name their preference. Even the Trump campaign does not seem to have picked the size of this silent group.

In Managua a week before the election 650,000 cheering (and seemingly cheerful and motivated) supporters turned up for the final Sandinista rally – the photo is from that rally. The final opposition event days before had drawn about 150,000. Many of the Sandinista supporters would have been bussed in from the surrounding area but when I looked at the voting details for the Managua region it dawned on me, as I remember the numbers now, that perhaps 30-40 percent of the adults at the rally had actually not voted for the Sandinistas.   There was also research into polling conducted at the time that showed that the colour of the pens used by pollsters affected what preferences people opted for.

In yesterday’s election, it may be that the ‘discredited’ online and robocall polling was closer to predicting a Trump victory than more conventional person-to-person polling. Maybe it was less embarrassing for some Trump supporters to describe their true feelings to a machine.

It seems this result says something about our confirmation biases in ourselves and the media and the limits of our imagination: how could we see a world so different from ours? It says a lot about listening. And when people might be afraid to say what they really feel then listening becomes even harder.

There are many other plausible observations, explanations, and theories. I am not suggesting this is THE answer but rather just another element to ponder about in the gloom.

Mainly it reminds me of how much I just don’t know.