What Leaders Can Learn from Eleven & Stranger Things

Written by
Chantal Laurie Below 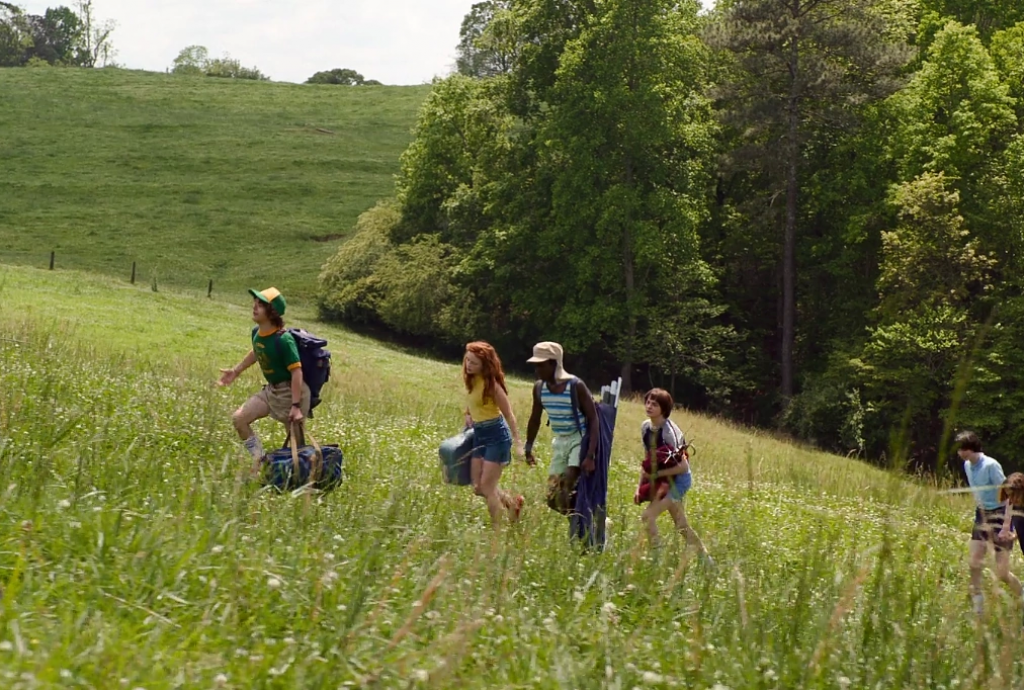 In the most recent season of the sci-fi, coming of age drama, Stranger Things – somewhere between the Kate Bush anthem and excessive Tab drinking – Papa, the father figure to heroine, Eleven, compels her to explore the fear holding her back from saving civilization. ‘You cannot hide from the truth,’ he insists, ‘Only by facing all of ourselves, the good and the bad, can we become whole.’

While I don’t coach superheroes with psychic abilities, I do coach senior leaders who regularly hide from the truth of who they fear becoming. Their refusal to examine the fear stunts their growth, limits their impact and keeps them as fragmented versions of themselves.

Take my client Lisa*, a senior executive at a health care company who experienced abuse as a child and then endured the sudden death of her husband, 15 years ago, in his 30’s. To cope, she served as a poster child for positive psychology and post-traumatic growth: she sought therapy, rejected learned helplessness, and prioritized optimism. She did grieve but refused to dwell in victimhood. Instead, she worked hard, climbed the professional ladder, and remarried a dozen years ago.

When a newly hired VP of Diversity, Equity and Inclusion (DEI) at Lisa’s organization uncovered a pattern of female employees feeling ‘dismissed’ in the male dominant culture, the VP solicited Lisa’s perspective. Lisa said, ‘I’ve never had that experience,’ and ended the conversation.

The dialogue nagged at Lisa though, so she brought it as a topic to our executive coaching session. Our conversations illuminated that she did feel talked over and ignored in executive team meetings; male colleagues agreed to courses of action she established and then disregarded them in practice. Since Lisa spent her life resisting victimhood though, which she associated with weakness and immaturity, she had refused to see the biased behavior of her male colleagues. When Lisa realized that she too was a victim of the system, a wholeness emerged in her leadership as she declared, ‘I can’t be the leader and advocate I want to be if I ignore victimizing practices aimed at women.’

My client, Morgan, an executive in financial services, is another example. His Midwestern values of humility and helpfulness mean he resists becoming a stereotype of his peers: cutthroat and entitled. While that’s admirable, it means he avoids productive leadership behaviors like self-promotion or delivering hard feedback for fear of being seen as a jerk. Morgan must wrestle with his fear of not being seen as ‘a good guy’ to grow into his fullest self.

Fiercely protecting and projecting identities of strength and humility have upsides for my clients, but the next frontier of their growth requires judiciously integrating what they fear into their leadership. But, how?

It can be hard to clarify who we fear becoming. As research shows, most of us are so consumed in the workplace with ‘putting our best foot forward’ and ‘hiding our inadequacies from others and ourselves’ that we’re not conscious of who we are resisting becoming. We can raise our consciousness though by noticing what we find most unappealing in others; it often reveals an underdeveloped part of ourselves. In my work with Lisa and Morgan, I had them pay attention to behaviors they are turned off by in others to use as fodder to investigate fears. For Lisa, even a hint of whining signaled, ‘victim!’ and made her tune colleagues out for fear of the behavior being contagious. For Morgan, partners who came down hard on colleagues were written off as assholes to be avoided.

Questions to ask yourself: What do you notice offends you or is unappealing to you in others? Is it the timid question asker or the constant interrupter? Is it the impulsive decision maker or the prolonged processor? Is it the aggressor or conflict avoider?

While we think getting close to what we fear will cause us harm, it often rouses insight. By engaging with the question of, ‘What could be great about identifying as a victim?’ Lisa saw that allying with other victimized women could create deep connections and meaningful systems change that she valued. Similarly, when Morgan explored the question of, ‘What’s good about being entitled?’ he saw that disclosing his feelings of anger and disappointment related to being overlooked could honor the integrity he sought to embody.

Questions to ask yourself:

Choosing to suddenly embrace an identity we’ve labeled as ‘bad’ for a long time can feel risky. ‘What if I get sucked into a self-pity cycle and can’t get out?’ Lisa worried. To mitigate the risk, run safe-to-fail experiments: quick efforts that allow you to collect new data and challenges assumptions about what’s truly good vs. bad. Lisa’s experiment involved seeking out the VP, DEI to reveal the more complete version of her experience and see whether claiming a victim stance truly diminished her strength. Morgan’s had him confronting his boss about a long-held grievance, testing whether he felt difficult and ungrateful.

Consider experiments you could run: In a single meeting, practice what you reject. Be the timid question asker to signal deeper humility. Try on the impulsive decision maker role, relying on gut more than quantitative data. Then, tune into whether your worst fear is realized or if you’ve discovered a more expansive way to lead.

Experiments can disrupt our beliefs about who we fear becoming, but deliberate reflection imprints the learning and assures leadership growth. After her experiment, Lisa realized that productively voicing her anger about workplace bias increased her feeling of personal authenticity. ‘I’m learning I can bring more of myself to work, and it’s well received,’ she articulated. Similarly, Morgan’s direct conversation with his boss where he shared frustration and asked, ‘What made you override my decision?’ elicited new information that helped Morgan see a more nuanced vs. self-defeating picture and reestablished trust with his boss. ‘Advocating for vs. denying what I need can save time, and energy,’ he realized.

After an experiment, consider:

To be sure, the goal for leaders in embracing parts of who they fear becoming is not to encourage a generation of power hungry Demogorgons. It is meant to illuminate a truth: we are multitudes and what we fear is rarely all bad and, in fact, can have goodness in it. When Lisa acknowledged that she is sometimes a victim, she found greater authenticity in her leadership. When Morgan unapologetically confronted his boss, he learned that directly asking for what he needs can be empowering and efficient. To expand capacity and repertoire, sometimes leaders must step into who they don’t want to be to challenge the confining narrative of who they’re convinced they are. It not only leads to wholeness – but also helped save Hawkins from Vecna – so seems abundantly worthwhile.