What If Losing Your 'Edge' Could Save Your Soul?

Written by
Chantal Laurie Below 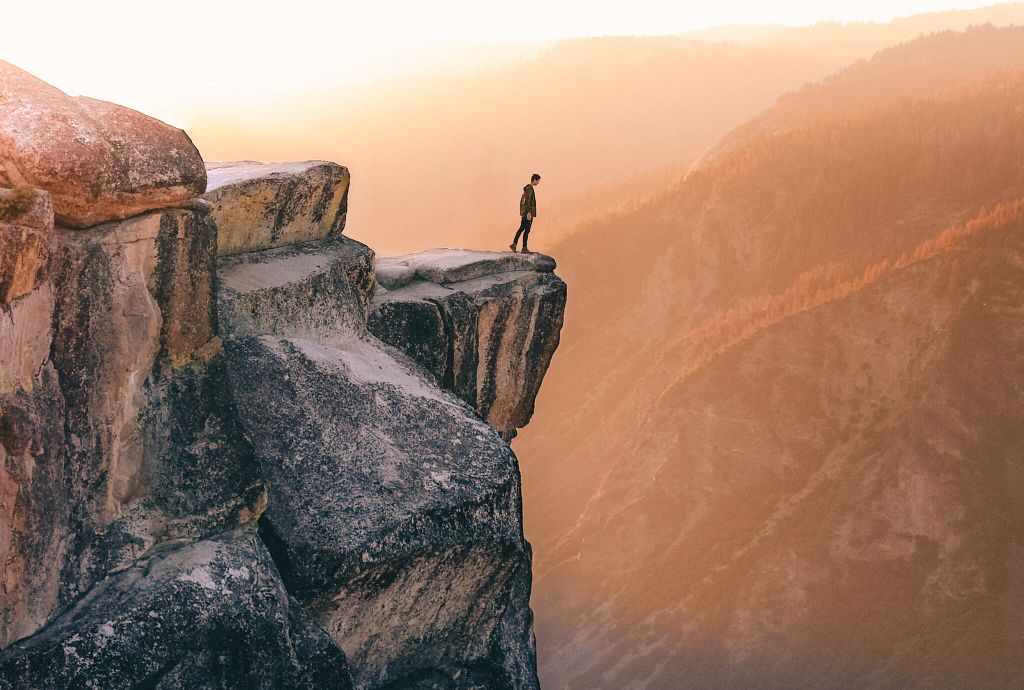 Over a dozen years ago, I joined an organization to lead people and culture development. I relish in a good life map exercise to uncover colleagues’ trials and triumphs, so I saw the first all-staff meeting as fertile soil to plant seeds for interpersonal connection. When I mentioned to the CEO that each team member would draw the name of a colleague from a hat and schedule coffee to facilitate connection, she looked at me askance, like I’d suggested they attend a multi-day workshop at Esalen with crystal singing bowls (which sounds amazing, FYI).

‘I appreciate that,’ I offered, wondering if the idea was stupid and if I belonged here. Trying to mitigate against both fears, I barely whispered, ‘It’s just coffee.’

‘You can try it,’ she suspiciously relented. ‘Just keep in mind we’re results oriented here. Don’t be offended if they don’t do it.’

My early take-away: the organization’s ‘edge’, what people believed enabled success, was relentless focus and discipline. Veer from it: inevitable failure.

And yet, I remember wondering, what if protecting this ‘edge’ so stubbornly might lead to failure, not save the organization from it?

As a leadership coach, I see countless clients protecting their ‘edge’ to guarantee their professional success. Maybe it’s their ability to function on four hours of sleep or know every decision being made company-wide. On its face, protecting this desirable edge feels like a reasonable endeavor; who wouldn’t want 20 productive hours in their day? Turns out though, it can be tormenting, akin to worshipping a false idol.

Here’s what I mean.

I recently started coaching Nia* and in the fine words of Lin-Manuel Miranda, ‘The (wo)man is non-stop!’ She survived tremendous childhood trauma and then thrived with a full ride at an Ivy League. She’s spent over a decade working 80-hour weeks to improve educational outcomes for Black and Brown children in low-income communities. Nia is quick, fierce, reflective, and convincingly declares, ‘I’ll never burn out.’

Nia came to me conflicted about her growth. She knows she ‘should’ beat herself up less for mistakes (trending articles on self-compassion are hard to avoid with access to a digital device), but a far stronger pull than Kristin Neff’s research is her deeply held belief: ‘I’m only as good as the last thing I did. That’s my edge.’ If Nia cuts herself some slack, what’s her worth?

Reinforcing this belief is that Nia has seen esteemed former classmates and colleagues with bold visions for social impact choose to ‘get off the bus’ or release their foot from the gas over the years. She’s allergic to their seeming path of least resistance. She gets why they’ve made different choices – life priorities and values change – but she insists, ‘I don’t want to fall off the bus. And if I forgive myself for mistakes that lessen my impact, that’s me falling off the bus.’

I see it differently. I see Nia worshipping the God of self-flagellation, trusting it will keep her buckled on the bus and resisting worldly temptations. But, while Nia’s false idol convinces her that perseverating on errors keeps her ambitious, it’s alarmingly obvious that it keeps her small. The anxiety and guilt that accompany her mistakes distract her from lifting up and reckoning with bigger organizational dilemmas. Her obsessive rehashing – ‘If only I’d done X instead of Y’- creates an illusion of control, like she can go back in time and fix every misstep. It prevents her from accepting reality and moving forward. I’m thinking Nia’s edge will be her demise; she’ll run out of gas before she gets the chance to fall off the bus.

Then there’s my client Rob.* Rob’s based in New York and was raised with strong Midwestern values: be humble, work hard, don’t cause trouble. He’s spent his professional career in the financial industry where winning, self-promotion, and wealth accumulation are cultural bedrocks. He believes he’s succeeded because he’s different from the industry norm, never trusting the hype around his strengths. ‘Not taking in the good stuff gives me my edge,’ he declares. ‘It keeps me honest.’

But is that true, I wonder?

At the start of our coaching engagement, I conducted a 360 for Rob, interviewing peers, his manager, and direct reports to solicit feedback on his impact. Turns out people love working with Rob; he’s diligent, brilliant, and agreeable. And, they astutely recognize that his compulsion to prove he’s a ‘good guy’ has him working overtime to avoid conflict at all cost.

The way I see it: it’s hard for Rob to believe he’s good because he doesn’t take in the good stuff. He’s worshipping the false idol of validation Teflon, always trying to convince colleagues he’s likeable and good and quite convinced he’s just one conflict away from professional doom. So, when Rob feels taken advantage of by a boss, what’s his go-to move? Pretend he’s fine! When Rob’s direct reports are underperforming what does he do? Insists on seeing just the good in them!

While Rob believes that worshipping this idol assures his success, might it be true that if he did take in the good stuff, he might trust in his own worth? And maybe, just maybe, he might give hard (compassionate) feedback and productively ruffle feathers by acknowledging his disappointment and advocating for what he most wants. I imagine that would be empowering for Rob and better for business.

My goal as a coach isn’t to have Nia relinquish all personal accountability and diminish her contributions to this world, it’s to help her expand her greatness by kneeling at the altar of self-forgiveness and accelerate her impact. My goal for Rob isn’t to transform him into an asshole, it’s to help him question the motives of the idol he blindly worships so he can believe in his goodness and make choices from that place. And my goal of that experiment with coffee dates many years ago wasn’t to distract busy people, it was to show how caffeine and connection are the perfect antidote to excessive focus and discipline. It worked! And, the rapture never ensued.

So, perhaps we all should wonder about the false idols we worship that aren’t actually saving our souls but are weighing us down. What are yours and how might you break free?

*Names and some details changed to protect client identity.