When does Your Ambition Hinder Your Success? 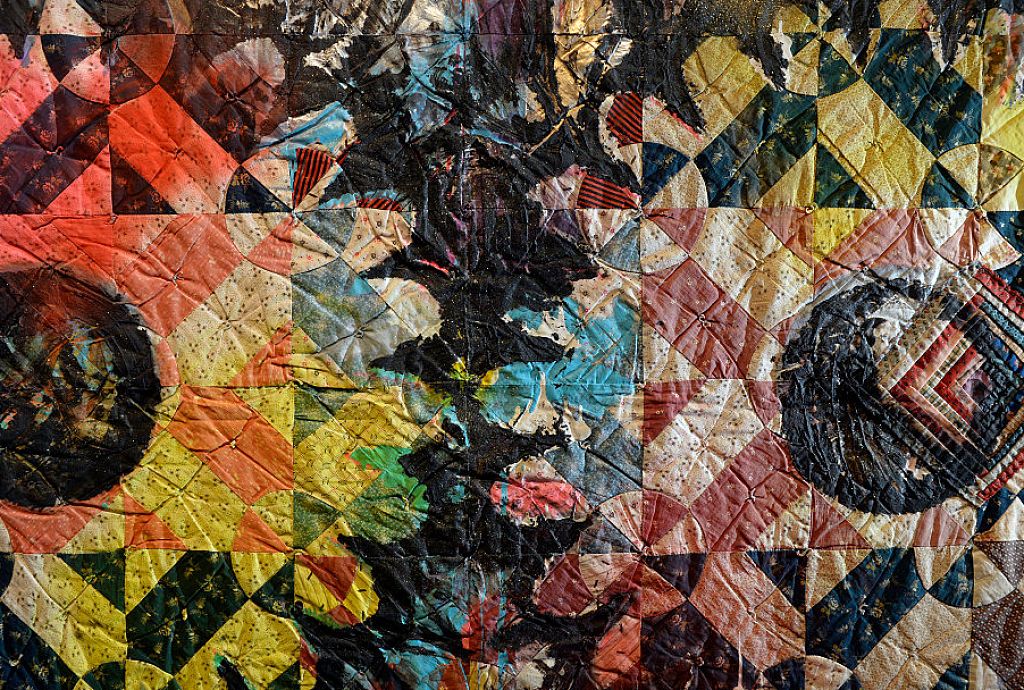 “‘Regardless of what you do, you need to give it your all,’ my father used to say. As a result, I always felt that I had to be above average, and that regardless of what I do, I had to get to a new level, because everyone around me already has.”

So says artist Sanford Biggers, reflecting on being ambitious. Harlem-based Biggers is now a famous interdisciplinary artists. He has exhibited at prestigious places like The Kitchen in New York, the Renaissance Society in Chicago, and the Tate Modern in London.

Biggers’ words might sound like your own, or they might resonate more strongly with you if you replace ‘father’ with ‘mother’ or the name of another authority figure who shaped your outlook. The experience is common. We interviewed Biggers when studying ambitious people age 25 to 50, from all walks of life. We learned that, over time, successful, fulfilled ambitious people develop a remarkably similar approach to life.

The existing research on ambition is ambivalent. Plenty of evidence indicates that the more ambitious you are, the more you are at risk for stress, anxiety, burnout, depression, health problems, and various mild forms of mania, such as workaholism. Paradoxically, it was ambitious, hard-working researchers who investigated, discovered, wrote about and published these results. Just as metrics drive their academic world, pressure to perform affects everyone – of all ages and in every circumstance.

Our studies add nuance to that picture. Two of our findings are particularly eye-opening.

First, ambitious people who attain success and fulfillment don’t just triumph professionally. They deliberately maintain high levels of growth and well-being as well as achievement. They might experience temporary blips in one area, but they largely manage to keep all of them elevated.

That balance takes a conscious effort. They are continually aware of the trinity of achievement, growth, and well-being, and they act deliberately to nurture all three.

Conversely, many ambitious people rationalize making major, long-lasting compromises to their well-being or personal growth for success. They do not realize how single-focused ambition at some point drags down the other dimensions of their lives.

“I basically never slept,” says Biggers. “Then, finally, I realized that to keep up with the pace of the industry, I had to make some changes.”

Second, ambitious people find it difficult to manage the combination of achievement, growth, and well-being because their ambitions run them. This is not a matter of whether or not to be ambitious. It is a question of who is in charge: you or your ambitions?

When you are used to doing things independently and working extremely hard, acting differently can be uncomfortable, indeed almost impossible. Your continuous inner dialogue, daily routines, and small habits have increasingly become hard-wired. That’s who you are. Even small deviations can subconsciously feel like threats to your identity. Does the fear of failure dictate what you do? Are you living up to your fullest potential?

“I had a lot to prove,” Biggers says. “I didn’t want to be the broke-artist son. This made me work like crazy, to show the world that I could succeed on my own. I believed there was a magic in me putting my intention behind every brush stroke and even every email that I sent.”

Our research identified seven related patterns of thoughts and behaviors among ambitious people. We call them Frenemies, because they can help and hurt you. Biggers manifested three Frenemies – Independence, Competitiveness, and Perseverance. The other Frenemies are Desire, Boldness, Convention, and Flexibility.

Each Frenemy is an enormous strength. These attributes are your friends. However, these strong personal qualities also can drive you or even overwhelm you, if you aren’t conscious and deliberate. Your Frenemies may have enforced how you behaved in the past, but they do not necessarily embody the person you want to be now.

Imagine how much Biggers learned from being meticulously engaged in every detail of his creations. That level of attention helped shape his unique style. His Frenemies are friends that set him apart from many multi-disciplinary artists who work with lavish studios and a large staff, but have no peace of mind. Still, Biggers’ Frenemies can be limitations, too.  Independence drove him to work alone. Perseverance ran him to near burnout. Competitiveness kept him pushing. To gain control of these Frenemies, Biggers made changes to his life, including hiring support people, deciding when perseverance worked for him and when it did not, and realizing that his only real competitor is himself.

Going against a Frenemy can be distinctly unpleasant. Take Independence. Making the leap of involving other people in your work is easier said than done. It means welcoming their challenging questions, and accepting that everyone expects something different. The temptation to push them all aside and just do things your own way can be very strong.

To act on an intention with a clear head, you must notice and sometimes overrule your instincts, as well as their accompanying forceful bodily sensations and negative emotions. Otherwise, your Frenemies may frame you, instead of you framing them.

Do you recognize any of the Frenemies in yourself? To fulfill your quest for achievement, well-being and growth, get to know their friendly and less friendly sides. You’ll save yourself a lot of struggle, and you’ll put the strongest facets of your personality to work under your command.

Nicolai Chen Nielsen and Nicolai Tillisch have co-authored the book, Return on Ambition: A Radical Approach to Your Achievement, Growth, and Well-Being, which Fast Company Press recently released.

Nicolai Tillisch is part of Cultivating Leadership and features on its new ‘come to us’ space, The Meadow, where he will host three free conversations about ambitions: https://www.cultivatingleadership.com/workshop/ambitious-conversations

Artwork above is Sanford Biggers “Lloottuuss” (photo by Cyrus McCrimmon)