Next Steps in Complexity 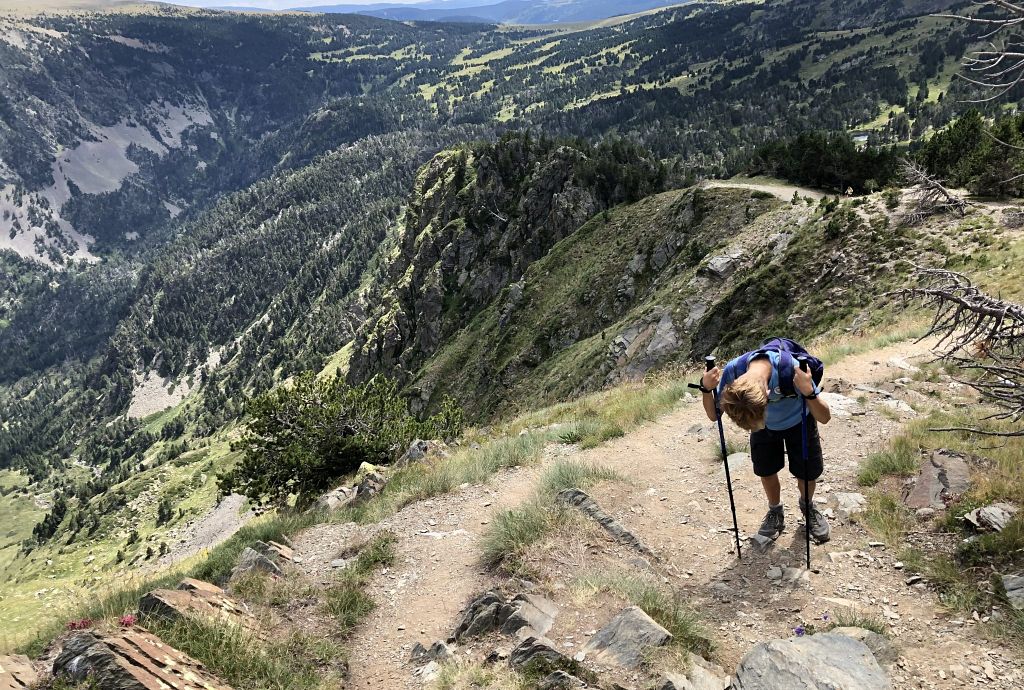 This begins to feel like a ‘Procession of Etternach’!  Over the years I have sometimes heard people sigh this during meetings. And more often after meetings. It points to their experience of being part of a slow and inefficient process.

The procession of Etternach is held every Whit Tuesday around the streets of Etternach in Luxembourg. It honours Willibrord, the patron saint of Luxembourg, who established the Abbey of Etternach in the year 698. Starting at the bridge over the local river, the procession moves through the village streets towards the basilica, a distance of about 1.5 kilometres. The completion takes a few hours though, because making progress involves taking three steps forward and two backward.

The metaphor occurred to me after I had moderated a session with four partners of a professional services firm. The aim of the session was to help them reflect on their collaboration as part of a journey that we started three months before. They had reserved 2.5 hours for this and we had agreed on a rough outline for the dialogue. When I asked them about their intention, three of the leaders expressed – in different forms – that they would like to see concrete next steps at the end of the session. Then, in order to get their personal experiences in the room early, I asked them to reflect on how they felt about their personal progress. One of the leaders immediately started to ‘unload’ how he felt about the current situation, the interactions, the pressure for results, and some very recent irritations about roles. After trying to establish some more boundaries for the conversation and some prickly comments of one of his colleagues, it became clear that we needed to talk about what was happening here and make choices. One of the leaders suggested that we would need to take a step back and consider whether the timing was actually right to continue the dialogue. We decided to have break and resume the conversation after 10 minutes. What followed turned out to be a series of side conversations and of conversations about the conversation.

After the ‘break’ we spent some time talking about the idea of taking a step back. We noticed that a few of us had initially placed a negative value on this proposal. As if taking a step back would get us further removed from the next steps that were needed. Or as if we were now getting behind, which should have been prevented. At this point in the dialogue, I also heard an inner voice telling me that I should have done X and that I could now do Y to solve it.

Then it occurred to me that in complex situations (this one being no exception to all human stuckness and conflict) there is often very little to ‘solve’, at least in our traditional understanding of the word. Leading when things are unpredictable and complex needs less ‘knowing and showing’ and more ‘being and seeing’. Then not doing something can actually be a good idea. In our case, the break helped surface patterns between the team members and we talked about some of these. The team members then started to remind themselves of the commitment they identified three months ago:  ‘We are committed to getting better at having earlier and better conversations about collaboration in our team when the tension rises’. They also talked more about how they experienced whether they were making progress or not. By the end of the session they were actually quite satisfied that the progress they had made was that they really listened to each other.

Whereas in a predictable context a narrow destination can serve as an effective reference point for defining linear next steps, in more unpredictable, complex situations we benefit from another form of next steps. Here we work towards a direction rather than a destination. With this broader horizon our definition of ‘next steps’ needs to move beyond the linear notion of next. These forms of progress (an interesting etymological term, by the way) can take various shapes and speeds, and I have listed some possibilities below.

Reflecting further on my experience around the team session, I noticed how I may also be too subject to the idea that ‘next steps’ equals linear progress. Especially when I face requests for predictable outcomes from senior leaders (or family members…), with limited time, strong opinions, and I add my eagerness to help, my inclination towards control is still strong. Over the years, I have gotten better at resisting this pull and I am becoming more comfortable with ‘being and seeing’. Here are a few things that have helped.

In 1947 the town of Etternach decided to change the ‘three forward and two backward’ movement into a type of dance where you hop from your left to right foot and thus slowly move forward. At that time, the ‘three minus two’ version created too much chaos for the taste of the town rulers; they were ready for something more predictable, it seems. As we develop as leaders and as we develop our teams, it might be good to notice how we are with chaos and disruption. Creating a safe (enough) space and pace for forms of next steps that include some chaos and disruption may be essential to help us reintegrate parts of ourselves that served us in earlier stages of development.