Living and Leading with Polarities 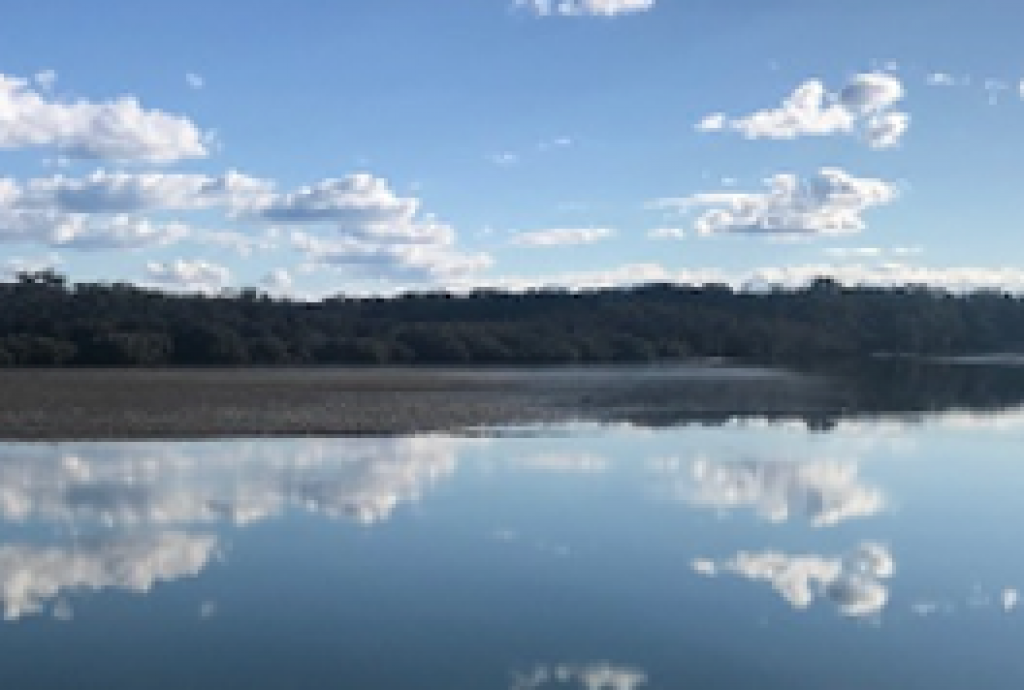 ‘How wonderful that we have met with a paradox. Now we have some hope of making progress.’
~ Niels Bohr

If you are new to the idea of polarities, this article will give you a solid grasp of what they are and why it is important to pay attention to them. If polarities are familiar to you, this will serve to deepen your understanding and provoke new insights into how you can lead more effectively with them.

Barry Johnson, a pioneer in this field, describes polarities, or paradoxes, as ‘…interdependent pairs that need each other over time. They live in us and we live in them. They exist in every level of system from the inside of our brains to global issues’.

Polarities are like two sides of the same coin – you can’t have one without the other. In addition to having intrinsic value, each pole is necessary for the existence and functioning of the other. When we dance with them well, we can get the best of both poles. If we lean too much into one pole for too long we become out-of-balance and out-of-control, wreaking havoc as we lurch from one to the other.

Why are polarities sometimes hard to see?

Our strong preferences, particularly when they form part of our identity, may make it hard to see we are dealing with a polarity.

In my leadership work this often shows up in polarised struggles with respect to Achieving Results and Sustainable Wellbeing (often expressed as task/relationship). Some leaders hold identity stories like ‘I am a person who always gets things done’. Others carry stories like ‘I am a caring person who always looks after my people’. It can be problematic when these stories operate as either/or choices.

This played out in a mediation I conducted with two senior leaders. At the surface level the ongoing, unresolvable conflict was about business targets and the resourcing needs of their respective teams. Not surprisingly, driven largely by loyalty to the their respective leaders, the conflict had spilled over into debilitating tribal conflict between the teams, and the conflict lived on even as team members joined and left.

Neither leader was aware of the extent to which their strong personal preferences for one pole over the other had been fuelling the conflict until this exchange took place during the session: ‘At the end of the day, the targets have to be met at any cost’ which was rebutted with ‘No, you are wrong. You have to put people first, even if the targets have to look after themselves’. Helping them see this conflict through a polarity lens created new possibilities.

Another phenomenon with polarities which makes them hard to see is the natural time-cycle involved whereby over-focusing on one pole eventually forces a switch in focus to the other. With a polarity like Activity and Rest, for example, if we overdo activity it is not long before our body forces us to rest. And vice versa. Because of the short time cycle involved we intuitively understand the need to get the best of both poles. In contrast, some polarities have a much longer time-cycle, making them much harder to recognise.

Centralisation and Decentralisation for example, has a much longer time-cycle and thus presents challenges for most organisations. In the government sector, service delivery is a case in point. When service delivery is too centralised for too long, the frustration with poor services in regional areas (i.e., one of the negative impacts of over-focusing on that pole) is eventually seen by government as ‘the problem’ with an obvious solution – ‘decentralise’. So thousands of public servants pack up their homes and families and move to a regional centre.

Ten years or so later this reverses with decentralisation now being seen as ‘the problem’, resulting in a mass exodus of public servants back to the capital cities. Far from a considered polarity dance to wisely use resources and achieve the benefits of both poles, this becomes a costly, disruptive polarity ‘lurch’ from city to country and back again.

The Part And Whole Polarity Dance

Part and Whole polarities which are fractal in nature and show up in different forms, at every level of human systems, as depicted in the example that follows.

We are neuro-biologically wired to be both Separate and Connected for survival. When we fail to recognise this in a choiceful way, we are at the mercy of existential, anxiety creating fears of being too connected or too separate in our relationships.

In my case, for much of my life I was unconsciously captive to the inner story ‘To feel safe I must always give people what they want’. Leaning too heavily into the Connected pole rendered me impotent as a leader, and came at a great cost to those around me. In contrast, I have coached leaders who, outside of their awareness, act out of fears associated with loss of autonomy and the need to be in control to feel safe. Leaning heavily into the Separate pole they were experienced as cold and autocratic, undermining effectiveness and at worst stalling their career paths. Our competing survival needs around connection are powerful drivers when it comes to high-stake conversations. For more on this see my blog Why Difficult Conversations Feel like Life-or Death Challenges.

If we want to create strong, resilient relationships with others, and within our teams, we need to get the best of being both Separate and Connected.

Our survival need for connection drives us to create and join many tribes – work teams, hobby groups, sporting teams, community groups and political parties, to name a few. Structured around written and unwritten rules of belonging, each group has its own social identity.

Maintaining our identity within the group identity (‘me and us’) and navigating the interactions between groups (‘us and them’) is, in itself, a complex polarity dance. For leaders, the complexity is amplified by the need to simultaneously manage multiple tribal identities.

To be effective a leader needs to be experienced by team members as ‘one of us’, trusted to ‘represent, protect and support us’ in the context of the larger organisation. When it comes to important organisational decisions, like resource allocation, leaders need to help their people put aside their team identity (e.g., we are the finance team) in service of a larger organisational identity (e.g., we are part of Save the Planet Incorporated), even if this means sacrificing team needs for the benefit of the whole.

In this complex dance, many leaders inadvertently stand on their own toes. At worst, captive to team identity, they perpetuate silos as they engage in bitter struggles for scarce organisational resources. Having the ability to pay attention to, and optimise, both team identity and the larger group identity is a core leadership skill.

The Team and Organisation polarity can also show up in geographic tensions.

I was recently facilitating an action learning group in a leadership development program. During one session the Head of Sales and Marketing was describing, with considerable energy, the ‘problem of stubborn resistance in the regions to implementation of our new global sales strategy.’ The response from the Head of the Asia-Pacific Region was immediate, blunt and forceful: ‘The real problem here is a culturally insensitive strategy which, if we are stupid enough to implement it in a country like Japan, will destroy relationships with many of our customers!’

Locked into their individually valid perspectives, and without recognising they were dealing with a polarity, both experienced the other’s position as the ‘problem’ and their position as ‘the solution’. Helping them connect to a common purpose of ‘improving our sales process to create sustainable growth across all regions’ paved the way for the next step which was to explore how to create strategic priorities to achieve this.

Navigating Global and Regional tensions to optimise the benefits of both is an ongoing challenge for leaders in most organisations. Dee Hock, Founder and CEO Emeritus of VISA, understood this well. Given VISA was to be owned by member banks which would compete with each other for customers and cooperate to honour each other’s transactions across borders and currencies, Dee Hock recognised the need to create an ownership and governance structure that would provide local flexibility and high level principles to guide important decisions for the good of all members. His artful dance with these polarities was instrumental in creating one of the most successful organisations on the planet.

Nations and Humankind and Nature

In the bigger picture, to respond effectively to challenges like climate change, pandemics and devastating wars, I believe there is an imperative for us to pay close attention to long term cycles with polarities which, left unbalanced, threaten our very existence. I wonder how we might do this with Freedom and Equality? Nationalism and Globalism? Humans and Nature? Built Environment and Natural Environment?

So how can we create a different Polarity dance?

When we realise we are dealing with a polarity, rather than a problem to be solved, there are a number of questions we can ask to enhance our dance steps:

What purpose will be served if we get the benefits of both poles?
How can we get the best of both?
What will tell us we are over-focusing and stuck in one pole at the expense of the other?
In any given context, how can we choose which pole we need to lean into?

See below for a list of polarities not mentioned above, and some additional resources I recommend. In the meantime, good luck with your polarity dancing. 🙂

John Sautelle coaches leadership teams and is the author of Choose Your Stories, Change Your Life. His work Is featured in his TEDx talk Whose Stories are We Living?

Polarity Management with Jennifer Garvey Berger
What is a Polarity? by Andiron

And: Making A Difference by Leveraging Polarity, Paradox or Dilemma by Barry Johnson
Navigating Polarities by Brian Emerson and Kelly Lewis
One From Many and Birth of the Chaordic Age by Dee Hock
The New Psychology of Leadership: Identity, Influence and Power by Haslam, Reicher and Platow

This is not an exhaustive list – and you can find many variations in how each pole is named.