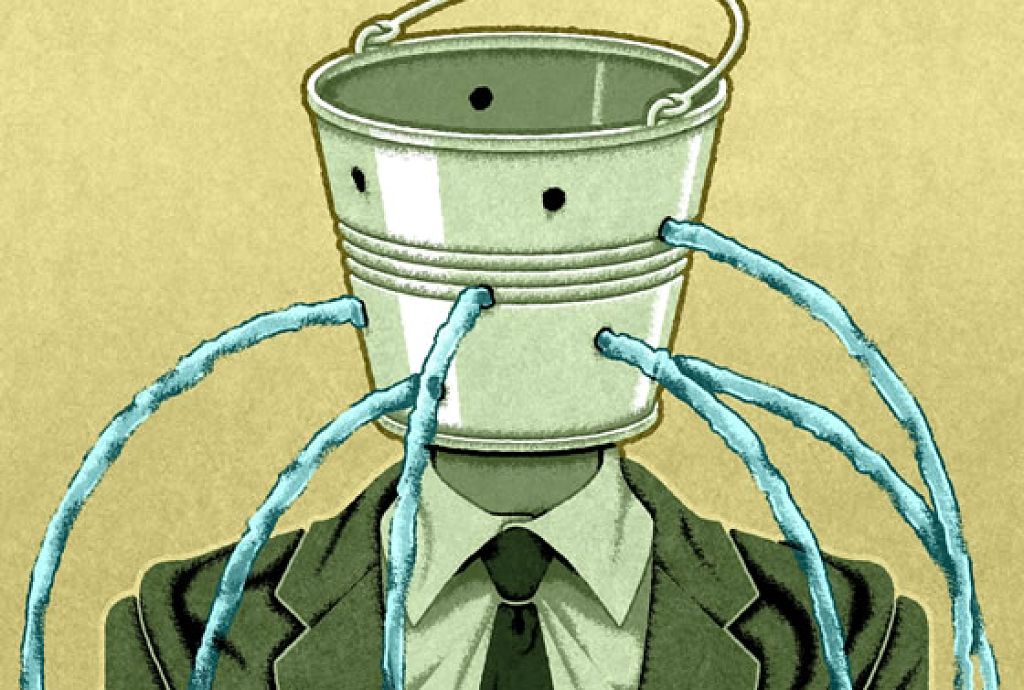 “Après moi le deluge” is a commonly cited French expression attributed to French King Louis XV or his mistress Madame de Pompadour.  It can mean, “after I am dead, I don’t care what happens” or “after me, it all falls apart”.  In the latter case, it is a declaration that the leader is the force of order holding back the floods.

The deluge has been coming to mind in the torrent of leaks engulfing the Trump administration.  Although in the Trump case it is more “dans mons regne, le deluge,” – In my reign, the deluge.

I spent many years as a senior public service leader.  Before that I was an activist for open government and freedom of information and a journalist.  I have done my share of encouraging and receiving leaks and also patching and preventing them.  I have fretted over both the integrity of the dam and the flow down the spillway.

Now I have a number of different hats.  As a bystander obsessively following The Apprentice President reality TV show, I am fascinated by the leaks and also the information being coughed up by the President, intrigued by the different responses to this from right and left, and plain horrified by what is being revealed.

It is looking like a colander in front of a fire hose.  As a former bureaucrat, I can imagine frustration and rage in the White House that the system seems so out of control. It must feel enormously disloyal, as well as illegal, and that the Washington swamp is literally sucking them into its maw.  The more they thrash about the quicker they seem to be sinking.

As someone who thinks about complexity theory, I think about leaking as an emergent property.  This is mainly what I want to write about here.

In my experience leaking happens when people feel something that really matters to them is under threat or there is a potential advantage or disadvantage to them that outweighs the risk of being identified and perhaps punished.  This can be politicians (who often leak like sieves because there is power and chumminess in knowing stuff and being seen to be in the know) seeking power or preventing their loss of power.  There is a very fuzzy spectrum here between spinning events, background briefing, and leaking secret information.  My hypothesis is that the more powerful the leaker, the more there is direct advantage to them in leaking.

Further down the food chain officials might sometimes spill the beans for direct advantage, as their jobs or their favored projects might be at risk from a change in policy, but, more frequently, they leak because they fundamentally disagree with decisions that are being made, the ways decisions are being made, or that information is being kept secret or actions appear to be of dubious legality,.

If a government system is generally open, if information is going to be made public eventually, there seems to be less leaking across the board.  My sense is that when New Zealand moved from an official secrets regime to freedom of information, the volume of leaking declined.  I also suspect the less corruption there is in a system and the more government is democratically accountable, the less officials feel the need to leak and also feel more committed to upholding the values of the system.

A different situation can arise when there are fundamental policy shifts where the governing system is being asked to move from one approach to governing to a very different one (from one basin of attraction to another).  Then officials in the system are likely to push back as values and initiatives they deeply value are put at risk.  US presidential adviser Steve Bannon has talked about the “deconstruction of the administrative state” and his President has made a series of appointments of people to lead departments who are fundamentally opposed to the missions of those organisations.  Beyond the intelligence services, we might expect higher than normal volume flows out of departments such as Education, Energy, and the Environmental Protection Authority.

You cannot buy trust in an economy pack.  You cannot stop leaking by issuing directives.  You might reduce it by aggressive prosecution of offenders or putting restrictions on journalists – both sought by the Trump administration.

The restrictive approach has been followed by many governments around the world in recent years with a consequent shrinking of space for civil society or the working of democracy.  But there are perverse consequences of an approach based on restricting access to information and controlling debate.  It erodes trust and engenders disbelief.

For trust to grow, and for leaks to dry up, (as with any emergent property) conditions need to be created to enable this to happen.  People need to feel that the enterprise is a legitimate one, that the values are congruent, and leaders are behaving honestly and openly, together they are serving something much bigger than their own interests, and that the approaches being employed are consistent with this agenda and with the law.

It is a challenging agenda for leaders but it is one that has been embraced by very many democratic leaders.  Very few administrations leak as this one is. Leaking prompts much greater suspicion and finger pointing or worse.  The most instinctive responses from leaders to lash out and clamp down make the environment more toxic and harder to bring under control.  Things could get very damp.  Watch this pond.