Introducing a New Resource for Cultivating Whole Leaders for Complexity 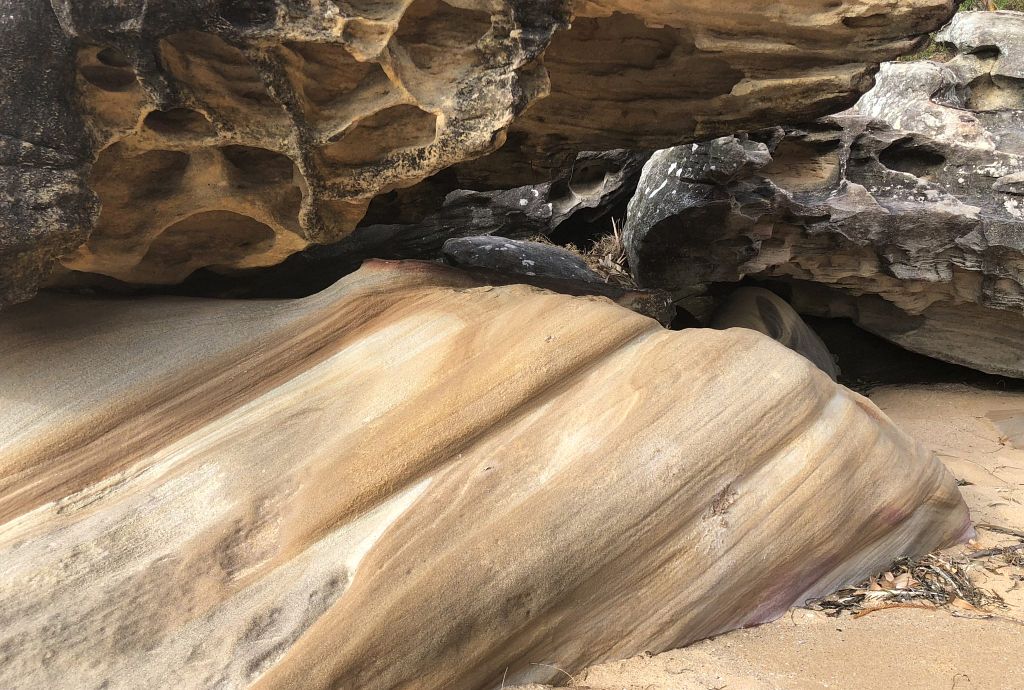 Have you ever found yourself knowing beyond a shadow of a doubt that you needed to take a different approach to something, because what you were doing clearly wasn’t working?  Yet, despite having the knowledge and the skills to change your approach, you just couldn’t get yourself to do it? Or perhaps you have actually managed to change your approach, but the energetic and emotional cost makes it impossible to sustain?  You know that doing the same thing—a thing that isn’t working– again and again and expecting different results, is the very the definition of insanity. But the temptation to keep trying, in the vain hope that just a little more effort or intelligence or willpower will do the trick this time, leads vain hope to win out over sound reason. The end result is that you are exhausted and not much has changed.

If you are like many of today’s leaders, you’re probably at least vaguely aware that some of your tried and true ways of leading are either not working or are costing you–and those around you–dearly. In his new book, Presence-Based Leadership: Complexity Practices for Clarity, Resilience, and Results that Matter, Doug Silsbee makes the case that the leader-as-hero approach to leadership is not only unhelpful when dealing with complexity, it is actually antihelpful, often creating more problems than it solves.  But leader-as-hero is the model most of us have been trained for.  As human beings, not only have we generally been practicing the “if-I’m-just-smart-enough-or-hard-working-enough-or-can-find-just-the-right-algorithm” approach to dealing with hard problems for most our adult lives, but we are also factory-loaded for it!  Our identities and our bodies are soothed and reassured when we believe we can know things for sure, that we can create order out of disorder, that we can predict and control.  And so, even when leaders know that their tried and true leader-as-hero approaches aren’t working, and even when they have access to new approaches that are more complexity-adapted, it can be extremely difficult to actually change, because every bone their bodies is wired to protect their identities as competent, heroic leaders.  In complexity language, we say that self-organizing systems (in this case, the system of the self) tend to push back against any change that doesn’t honor the current state of the system and the history that led to its design[1].

So what’s a leader to do? She knows her old approaches aren’t working, but when she attempts to behave in ways that embrace, rather than eliminate, uncertainty, she experiences seemingly intolerable dissonance with her leader-as-hero identity.  Through his new Nine Paned Presence Based Leadership Model, Doug’s book offers a practical, useful, and developmentally spacious roadmap for cultivating the self for the fundamentally different world of complexity.  Presence Based Leadership broadly, and the Nine Panes Model more specifically, elegantly weaves together three related, but until now somewhat separate, threads of work that, when combined, create a rich tapestry and offer a surprisingly simple (if not easy) way forward.

The first thread is complexity itself—what it is, how it’s different from the predictable world, and the realization that, while not everything is complex, complexity is everywhere.  At Cultivating Leadership, we’ve been teaching leaders about these things for years, and many of our clients have embraced the idea of complexity whole mindedly.  While they might wish more things were predictable and controllable, they find some relief in waking up to the fact that, actually, many things just aren’t like that.  It takes a bit of the pressure off.  Having learned about complexity as a concept and as a reality in their lives, they learn about and practice with new approaches for working with complexity, rather than trying to cut through it or wrestle it to the ground.

The second thread is Constructive Developmental Theory[2], often referred to as Adult Development or sometimes “complexity of mind.”  There has long been a link between complexity and adult development[3], the general idea being that as the demands of our world become more complex than our own meaning making (how we understand the world and ourselves in it) can deal with, we must either find ways to make the world less complex or grow a way of making meaning that is better adapted to the increased complexity of our world. At Growth Edge Coaching, when we train coaches in adult development theory and practice, it’s in service of supporting them and their clients, if they so choose, to do the latter.  Developmental coaching addresses the system of the leader “in here” in service of addressing the complexity of the world “out there.” While coaches have been using constructive developmental theory and practice in their coaching for years, my experience is that, until recently, the link between these and leading in complexity has mostly been implicit.

The third thread, the one that I believe makes this new work truly groundbreaking, is the idea that we cannot possibly grow complexity “in here” without including the whole self.  Constructive Developmental Theory relies mostly on language as a way in.  Doug and his colleagues at Presence Based Coaching have for years trained coaches in a form of developmental coaching built on the belief that our language, our cognition, our emotions, and our sensations all arise from the same nervous system, that not only are they fundamentally interconnected, they co-arise and co-create one another.  From this premise, it is impossible to cultivate the self for complexity without including the present moment experience—our soma—in the process.

I hope your appetite is whetted!  In my next post, I’ll talk more specifically about how the Nine Panes Model integrates these threads in a way that is both practical and spacious.

[1] In complex adapted systems, design is emergent; it arises from the interaction of many interconnected agents and, although there are generally a few rules that govern how the agents interact, there is no grand design in the way a mechanical engineer designing an engine would have a particular outcome in mind and then plan and build toward that.

[2] Constructive-developmental theory (CDT) is based on two related notions—first, that each person creates her world by living it (constructive), and, second, that the ways she constructs her world can, but don’t always, change over the course of her lifetime (developmental). Constructive Developmental Theories view development in terms of how individuals structure reality and make meaning out of it.