A Complexity View of Gender Bias in Organizations 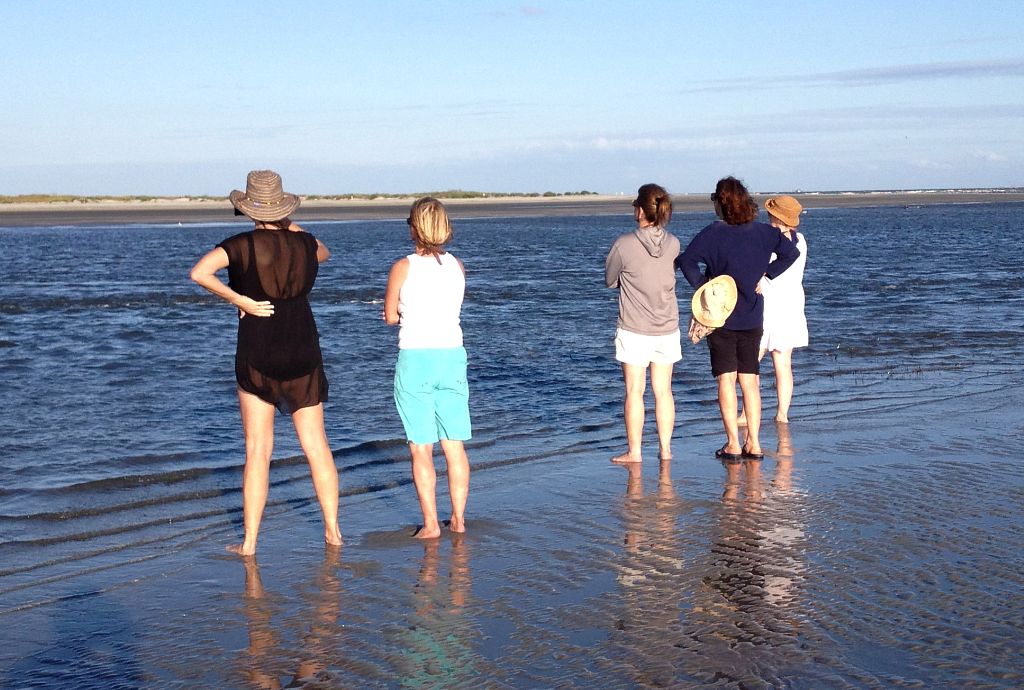 In some ways the HBS Gender experiment is old news.  The NY Times article came out more than three months ago now, and a quick Google search for “HBS Gender Experiment” yields nothing later than October 7th.  What is not old news, however, is the intractable problem of why women, despite decades of initiatives, policies, and attention, still haven’t even come close to occupying leadership positions in the same numbers as their male counterparts.  Despite representing a higher percentage of graduating university students, despite the fact that women enter the workforce in near equal numbers as men, and despite the fact that in some 25% of US households, women are the primary breadwinner, the percentage of women leading large organizations or chairing boards is still alarmingly low (21 of the Fortune 500 companies have women at the helm, while Caucasian men still occupy over 70% of the Fortune 500 board seats).  In my last blog, I used the HBS case as an example of how leaders have engaged in what Dave Snowden calls Safe to Fail experiments as a way to make progress on a long standing, intractable, complex problem.  Only time will tell if this approach will yield significant and/or lasting change in the HBS case.  Far more important in my mind is whether anyone anywhere has made lasting progress on the intractable problem (i.e. a problem that lives in the realm of complexity and has been resistant to change over time) of women in leadership more broadly. [pullquote][

I have a vivid memory of a conversation with my mother when I was about 16, in which I said to her something like, ”mom, I’m so glad we don’t have to do crazy stuff like burn our bras anymore, now that women have equal rights and all.”  That was in 1980.  At the time I was shocked to hear my mother’s response,  “Honey, if we hadn’t burned our bras, you wouldn’t have all the opportunities you have today!”  What she didn’t tell me, and I didn’t fully appreciate (I’m embarrassed to say) until quite recently was the fact that while we’ve come a long way, there is still a long way to go before the playing field is truly level.

An August 2013 HBR article entitled “Women Rising, the Unseen Barriers,” the authors Ibarra, Ely, and Kolb, open with the quote

Many CEO’s who make gender diversity a priority—by setting aspirational goals for the proportion of women in leadership roles, insisting on diverse slates of candidates for senior positions, and developing mentoring and training programs—are frustrated.  They and their companies spend time, money, and good intentions on efforts to build a more robust pipeline of upwardly mobile women, and then not much happens.

For those of you who have been in the workforce for any length of time, this probably sounds familiar.  I remember gender diversity being a hot issue at my very first job after business school, at a large Oil and Gas company in Houston. The issue was also on the table at my next job, a large management consulting firm.  In both cases, we did research, tried to understand the data, the root causes of the problem, and engaged in various “initiatives” to help make it better.  What was tried ranged from goal setting to policy changes to forming support groups to providing specialized training for women and their male colleagues.  To my knowledge, not much has changed.  There may be a few more women in senior positions (at the time, in both companies, the number of women in senior positions was at or close to zero), but the conversation continues.  I recently talked to a young woman who is by all accounts at the top of her game, succeeding in a man’s world.  The most senior woman among her peers at a highly competitive company, she grew up in a male-dominated family and ran in in male-dominated crowds, never feeling stymied in any way (a bit lonely at times, but not hampered).  Like me, she grew up in a world where gender bias is subtle, not like that of my mother’s world.  The more senior she gets, however, the more her illusion of a level playing field dissolves—she looks around and finds virtually no women peers, watches women leave her large, highly competitive and hard driving company in droves (most of them aren’t leaving the workforce, though, they’re simply stepping off the particular ladder they’ve been on), and is becoming increasingly aware of the subtle biases in the system around her. This is a new brand of gender bias—subtler, but possibly even more insidious than the more overt flavor of our mothers’ generation.  The authors of the above-mentioned article have given this new brand of gender bias a name– Second Generation Gender Bias.

In my mother’s (and even more so in her mother’s) day, gender bias was relatively simple—some jobs were open to women and others weren’t. Those simple rules no longer exist. In an article called “An Outside-Inside Evolution in Gender and Professional Work” November 2012, authors Ramarajan, McGinn, and Kolb tell us that

Across racial groups in 2010, women earned the majority of degrees at the bachelor’s masters and doctoral levels (U.S. Department of Education, 2011) and comprised over half of the labor pool for professional level jobs. Law, accounting, and medicine in the 21st century employ women at rates that defy these professions’ long-held reputations as male bastions. These changing demographics challenge longstanding beliefs about man’s role as breadwinner and woman’s role as caregiver and housekeeper (Parsons, 1964; Wharton, 2005).

Now that the official barriers have been removed, how are we to understand the persistent gender bias that still exists, one that leads to a still paltry 4% of Fortune 500 companies having women at their helms and fewer than 20% of their Board seats held by women (according to catalyst.org)?  One thing seems clear—that in the absence of a set of well-known rules, other subtler rules and attractors have emerged, perhaps equally significant but harder to see and, therefore, to understand and influence.  When things are complex (and therefore highly unpredictable, interconnected, and dynamic), simple fixes don’t work (see our other blogs about complexity)—in fact, they often lead to perverse outcomes (in line with one of my favorite sayings that “every problem was once a solution.”)  What’s needed is a better understanding of the present situation from a complexity perspective—in other words, what is the current system inclined to do and why? What are the major attractors? What are the implicit rules that govern the system?  What are the feedbacks that keep things the same?  Where might we see leverage point that could unlock possibilities in unexpected and non-linear ways?  And what’s the future we want—not a specific outcome because of course in a dynamic system there is not one magic “outcome”, but rather what do we want to see more of and less of?  And how will we know we’re moving in the right direction?  And at what level should organizations be looking at this issue?  Expanding the capacity of individual leaders to see different solutions?  Of individual women to manage the complexity of their choices and competing demands?  Of organizational systems to support gender diversity?  Of the broader community?

The answer to these questions is—well–yes.  I, like many others (some of whom have been thinking about this much longer than I have), am on a quest to understand it better, and I believe a complexity approach is in order.

One thought on “A Complexity View of Gender Bias in Organizations”