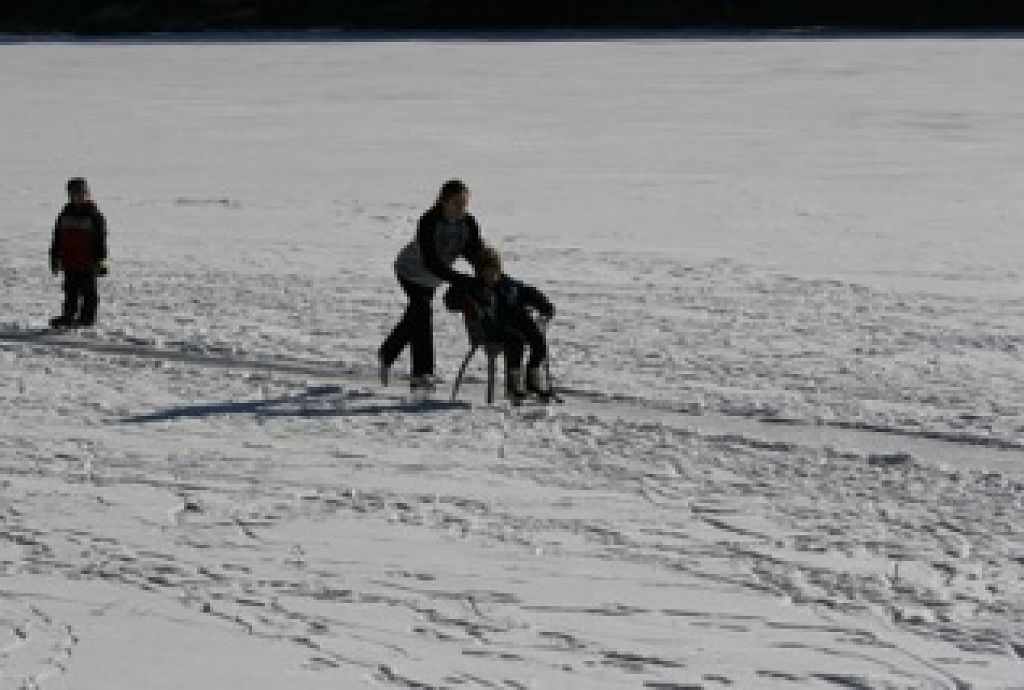 The September 8th Sunday New York Times front page article about Harvard Business School’s experiment in gender equity has piqued interest, sparked heated debate, and spawned any number of follow on articles and blog posts around the world.  No shortage of opinions and reactions.  For my part, I am intrigued on a number of fronts:  personal—I was a woman in the Wharton Business School Class of 1993 and now wonder if I felt anything like discrimination even though I would have sworn at the time that there wasn’t any; gender diversity—I have a deep interest in the question of how to make the top echelons of organizational leadership more attainable for women; and leading in complexity—how is the HBS gender diversity experiment an example of how to navigate and lead change in a complex environment.

Too much to tackle in one blog post, so I’ll take them in reverse order, starting with this story as an example of leading in complexity.  I’m not sure if the Harvard administrators and professors leading this effort thought of themselves as engaging in a strategic leadership exercise when they undertook their grand experiment in 2011.  Clearly the gender equality problem wasn’t new; and perhaps the arrival of Harvard’s first ever woman president, Drew Gilpin Faust, raised the status of the problem from “unfortunate but intractable” to one about which something could actually be done.  Whether your reaction to the experiment was favorable or not, whether you thought the administrators courageous or dictatorial (or some of each) in their approach, and whether you believe the changes they’re claiming to have made in just two years or real or just an illusion, there is no doubt that it provides a useful real life example of what complexity thinkers (including we at Cultivating Leadership) suggest as a way to lead change in the complex space (see also Dave Snowden’s Cynefin framework).

Let’s break it down.  Clearly, the problem is intractable. Monique Valcour, a professor of management at EDHEC Business School in Paris, notes in a recent HBR blog post that the dean of a leading global business school recently responded to questions about the low proportion of women both on his faculty and among the student body being below average by saying  “Of course gender is important. But I’d say it’s a second-tier issue for us. Our primary focus is on providing world-class management education.”  Valcour posits that, like many people, perhaps this dean is suffering from gender fatigue, he doesn’t have a full picture of the gender barriers that still exist and consequently is tired of hearing so much about gender.  Because he fails to perceive how significant the gender equity problem is—as well as the fact that he is implicated in it—the conversation feels like a distraction to him.  The problem is clearly complex—there is no clear and knowable relationship between cause and effect (does the lack of female professors drive the dismissive attitude toward women’s participation in the classroom or vise versa? Or is there no measurable relationship?).

David Snowden tells us that in such cases, the best way forward is to conduct safe-to-fail experiments aimed not at coming up with the magic bullet but, rather, at getting a better understanding of the problem in all its complexity (see Jennifer’s September 9th blog entry on Strategic Leadership).

Let’s take a quick look at a partial list of things to keep in mind when leading in complexity and, in particular, when designing safe to fail experiments, and see how the leaders at HBS did.

Be clear about the direction you’re going. The general idea here is that you can’t name a destination because in a complex adaptive system, that would be both futile and foolish—futile because in complexity, even if you could predict a destination (which you can’t), it would change as soon as you got there because the very act of achieving a result would in itself change things.  And foolish because, as one of my favourite sayings goes—“every problem was once a solution.”  When things are complex, thinking that you absolutely know what the answer is and driving toward it is likely to lead to unintended and potentially undesirable consequences.  According to the NY Times article, the leaders of the HBS experiment wanted to see greater female success at the business school.  Nowhere does the article mention any specific goals (whether there actually were any, it’s not clear), but they were clear about two things—they wanted to see more female professors (fewer leaving, at least) and see the grades and class rank of women students increase relative to their male counterparts, more in line with the relative performance they’d achieved prior to entering HBS.  More granularly, they wanted to see more women raising their hands and participating in class and less of the kind of male bullying behaviour (rating of women students based on their potential datability and openly disrespectful behaviour toward women faculty).

Know the boundaries of what is really safe-to-fail. At least half of all experiments in this space will and should “fail.”  However, it is the leader’s job to, as Ron Heifetz says, turn up the heat while also creating a holding environment.  For example, something that would likely infringe on people’s privacy (like video surveillance), or end up causing physical or emotional harm (like an experiment intended to encourage male bullying behaviour just to see what would happen) should be off limits.  Leaders should also set boundaries around the scope of the experimental space; while the leaders at Harvard were interested in having impact on the gender equity issues on a larger scale, they kept the scope of their experiments just to HBS.  The NY Times article and the plethora of other articles it has spawned reflect a range of opinions on whether the experiments should have been done and whether they were helpful or harmful, but I have yet to read anything that indicates any of them were beyond the boundaries of “safe to fail” nor were they on such a large scale that the they couldn’t get their arms around the results and what they might mean.

Start on the edges.  While some experiments may go directly to the heart of the issue (like putting stenographers in classrooms so that they could compare actual participation with professors’ perception of participation), these should be limited.  Complex adaptive systems are by definition emergent and self-organizing, meaning that there are likely to be important things (often called attractors) happening in the system in places where you would least expect to find them.  If the solution were at the heart of where people saw the problem, a solution would likely have already emerged!  Looking at elements of the system that didn’t obviously relate to grades, like Section X, a culture of excessive money and drinking, and the behaviour of single women, are examples of oblique experiments in the HBS gender case.

Search for all the evidence.  If you’re going to bother conducting a range of experiments, it is critical to pay attention to how you will notice the information and insights emerging from them.  Our brains are biased to see what they are looking for, so finding ways to notice all the evidence, both what you expect and what you don’t, should be a key component of your strategy.  Only the leaders of the HBS experiment know for sure what they thought would happen and how strong their particular biases were.  But as the reader, I noticed myself surprised by much of what emerged–the fact that many HBS students who claimed to be supportive of the experiment were reluctant to use their own names in the article for fear of ruining the valuable business networks they had created, and the extent to which the culture of excess played into the problem, just to name a few.  Perhaps the most important unexpected results will ultimately be found in the range of public reaction to the article itself.  Paying attention to all of this, with intense curiosity while constantly noticing their own biases, may well be the hardest challenge of all for the leaders of this experiment.

Run several experiments in parallel.  This allows you to be gathering information about the system in several different ways simultaneously. Remember that because the system is changing as the experiments run, it doesn’t work to learn from one experiment and then believe the system will stay stable as you create a second experiment.  This idea goes counter to traditional ways of thinking about “controlled” experiments.  If several are running in parallel, how can you isolate the things that are really working and those that aren’t?  You can’t, but in complex adaptive systems, you can’t anyway because everything is interrelated in ways that are hard to see in their entirety.  The HBS experiment is a great example of small simultaneous experiments, some obviously related and some not.  And the result is that, not surprisingly, they haven’t come up with a magic bullet answer to the problem of gender inequity….but they did learn a lot and, at least by some measures, progress has been made.

Design experiments that are finely grained, pragmatic and short term in their experimental phase. Because ambiguity is often the enemy of change (Heath Brothers), safe to fail experiments should be crisp and clear so that everyone knows what’s expected.  Teaching students how to raise their hands, actively coaching women faculty, and recording who participated in class are all examples of this principle.  And the overall experiment itself was designed to see what they could change and learn in two years’ time.  The leaders of this experiment could have set out to do a long term longitudinal study of root causes of gender inequality, but this would have assumed that the answer to this intractable problem was in fact knowable, even if not known yet. That would assume that this problem was complicated rather than complex and that with enough research, the problem could be solved.  And it would have taken a long time!

Was the HBS experiment a success?  That depends how you look at it.  Is the problem solved?  Surely not.  Is more known now than it was in 2011 about the complex system that has hitherto conspired to keep the intractable problem of gender equality at HBS in relative homeostasis?  It seems so.  And if you’re a leader considering such a bold set of experiments in an effort to move the needle on your most intractable problem, you’ll notice that such experimentation takes commitment, courage, and a thick skin.