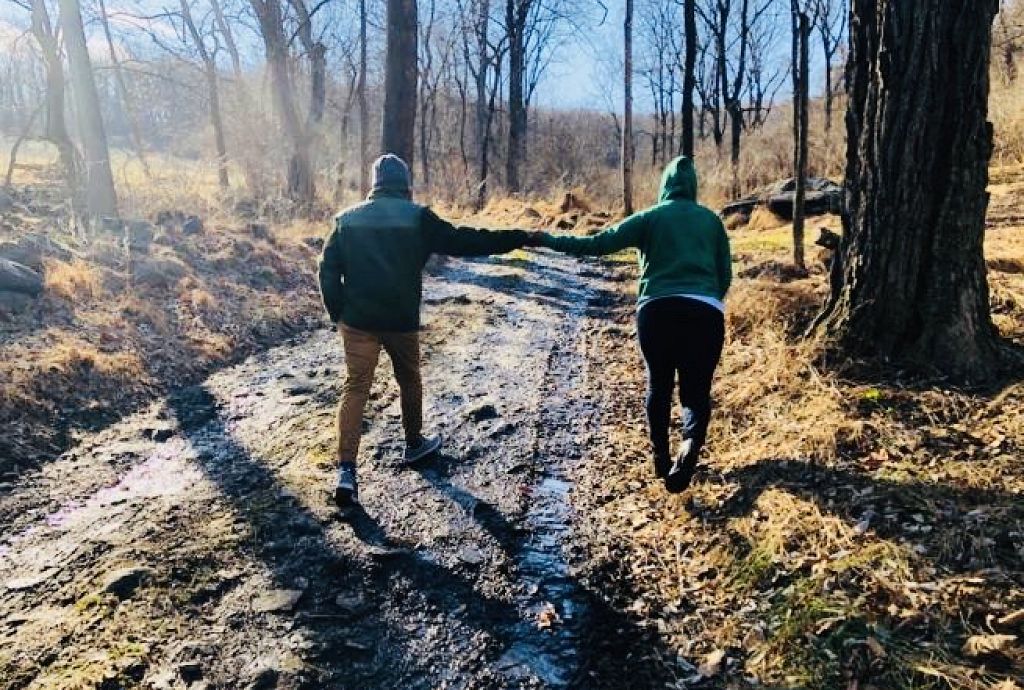 My 13-year-old son still hugs me and kisses me on the lips. It is one of the many joys and wonders of my world. Many of my friends with teenage children reminisce about the days when hugs and kisses were freely given. Dakari is kind enough to allow me to still experience him in this way. A few days ago, he visited my room for his regular morning hugs and kisses. He loves to be squeezed when we hug. He would say, “Squeeze me tight, daddy.” And no matter how tightly I squeeze him, he always follows up with, “Tighter, daddy. Tighter.” That morning I squeezed him so hard that he passed out in my arms. No kidding. He literally went limp in my arms. I was caught in between shock, worry, and curiosity. I kept calling his name, loudly, as I placed him on the bed. As you can imagine, the longer he took to respond, the closer I got to panic. Just when I was about to yell for his mom to call 911, he opened his eyes.

His eyes were wide with surprise or fear. He looked as shocked as I felt.  I asked him what happened and if I had hurt him. I was beginning to feel terribly guilty by this time. The thought that I had hurt my son was overwhelming. After a while, he started smiling and then said, “Daddy, I blocked out.” I thought, “Clearly” but asked, “What happened?” He told me that when I hugged him, it felt like he was back on his first Disney cruise or listening to the music that told him one of his favorite shows was about to begin. He said, “Daddy, it felt so good and then all that goodness just rushed up into my head and then I blocked out.” What? At first I did not fully understand what he meant and asked again if I had hurt him. He told me he was fine and, with wide eyes, repeated the experience. My initial thought was, “Wow! My son just got high from a hug.”  The experience he described seemed so euphoric to me. We talked for a while longer, him laying on the bed and me sitting next to him in complete amazement.

Since that incident, which is still fresh in my mind, I have been thinking about the power of physical touch. In a time when many of us are alone or lonely (even when with those we love), busy attending virtual meetings and programs, and over walking our dogs, can we pause and embrace ourselves, embrace each other, with consent of course, and embrace our planet? My experience with Dakari attuned me to the responsibility and impact of my touch. I am constantly touching others. We are constantly touching each other, physically and metaphysically. What if the thing we have control over is the quality of our touch? Hot, cold, lukewarm. Sometimes our touch pushes others away; scrapes, pinches, and punches them. Other times it caresses, gently holds, or embraces others. In whatever ways we touch – through our words, thoughts, or actions – and in whatever domain – at home, work, or out in the world – we are having an impact. And it is not just with other people. We touch nature as well. A new friend recently told me that she feels like she is touching and massaging the earth as she walks. In some indigenous cultures, dancing is also seen as a way of massaging the earth. I wonder, is the earth experiencing euphoria from our touch upon its body or does it experience pain?

Research on the science of touch reveals that it is our primary language of experiencing and spreading compassion and connection. Touch is fundamental to bonding, communicating, and to living well. My son and I have a special relationship. And I know that many parents can claim this. After Dakari was born, he was alone for his first 24+ hours of life. He came out silent and still. He was purple. I thought he was dead. I stayed with my wife because she was struggling for her life. The doctors told me she had about a 50/50 chance of surviving. She survived her first surgery and then a pediatrician asked me if I wanted to see my son. I was surprised. I left my wife in recovery and went to hold this freshly minted human being for the first time. I just held onto him. I squeezed him. Gently, of course, and just wept.

We spent the next 6 months together, just the two of us while his mom stayed in the hospital having and recovering from surgery after surgery. I fed him, cleaned his poopy butt, bathed him, swaddled him, and held him. Oh, boy, I held him. This experience defines what I mean by my son and I have a special relationship. I am just now realizing, as I write this blog, how touching him as a baby very possibly saved both of us.

During that period, I often felt like I was having an out-of-body experience. I was getting things done in a zombie-like state – talking with surgeons and pediatricians, attending to Annesa, buying medication for both of them, and updating friends and family. I was functioning, but with little awareness of what was happening. At the end of the day, I would sit with Dakari in the nursery and feed him formula from a medicine cup. Sip by sip. Spill after spill. It was in those moments, though, that I felt human again.

To touch is to give life. Let us remember that as we move through this new world where physical touch can endanger us and at the same time carry a premium for some of us. This life-giving act comes in various forms. And even if there is limitation on the form of our touch, we are still responsible for the impact. So, please, reach out and touch someone responsibly. Squeeze them in your arms or in your mind if they are far away or if it is dangerous to touch them. Hold them. Love them. Keep life flowing.

The photo above is of a couple enjoying the outdoors at Sky Hills Farm in Middletown Valley, MD