Brexit and complexity: It makes your hair stand on end! 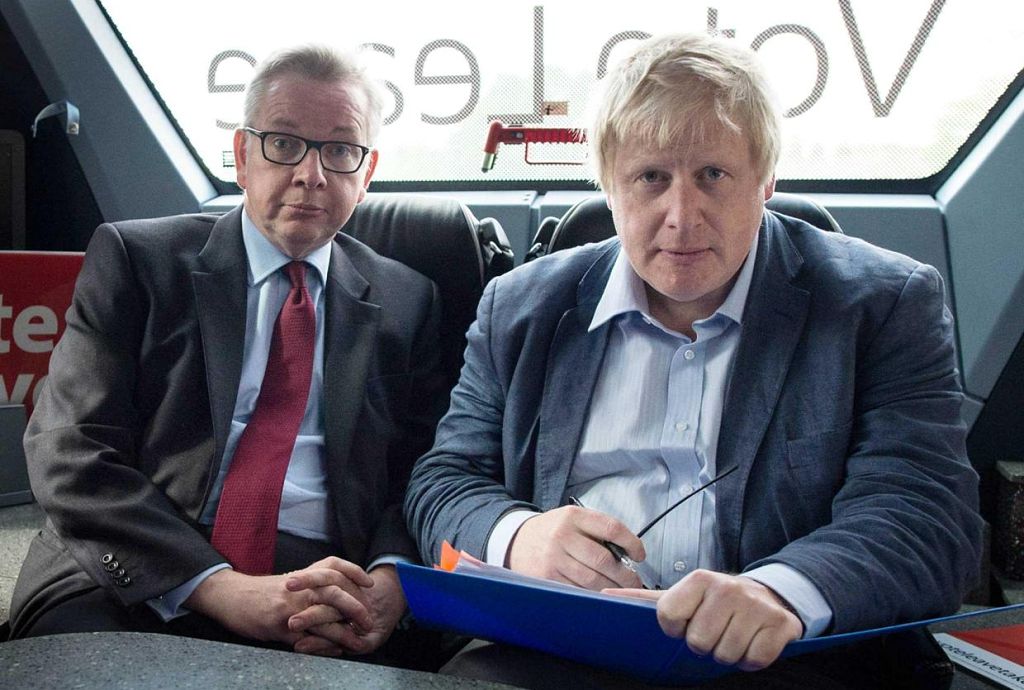 In May billionaire British stockbroker Peter Hargreaves, the major funder of the Leave campaign, said of Brexit “it will be like Dunkirk again,” referring to the British military’s ramshackle and heroic forced evacuation from the beaches of Dunkirk after the fall of France in 1940.  Hargreaves told the Guardian newspaper, “We will get out there and we will be become incredibly successful because we will be insecure again. And insecurity is fantastic.”

Be careful what you wish for.

[In this blog I try to look at the Brexit issue through a complexity lens.  This is a draft of some notes I put together for a client and it is still a bit drafty in places.  It is also twice my normal length.]

After the vote for Brexit we are, in the Western world at least, all a little more insecure.  In Britain the risk is of fantastic insecurity both in the sense of things becoming untethered and also with lashings of fantasy and farce.  In a fine essay, written the day after the Brexit vote on June 23, Timothy Garton Ash begins by reminding readers of “a universal truth: nobody knows what is going to happen but everyone can explain it afterwards.”

There is now a vast pile of explaining to be sifted through, but the first observation that complexity thinking can offer here is Garton Ash’s: we cannot know what is going to happen.  There are way too many variables in this mix for any outcome to be predicted.

There is a way the attempts to explain what just happened are very useful.  They help us to focus on what is actually going on in the present system.  The second observation from complexity thinking is to have a clear direction (not a destination) and to then pay close attention to the present system and nudge in different ways to head in the chosen direction while learning along the way.  There is now a chosen direction for Britain (or at least England and Wales) and for Europe.  The nudging is beginning.

There has been a lot of criticism in the days after the vote that the Leave campaigners seem to have had no plan for what to do if they happened to win.  What now Boris or Nigel?  A third observation from complexity thinking would be that having a plan might have been reassuring but that it would have been illusory.  No plan is possible, primarily because the situation is too novel but also because the positions of the different Leave factions were so contradictory that all they could agree on was voting Leave, rather than on what should happen if they were to win.  Contrast this with the leadership of Nicola Sturgeon and the Scottish National Party.  She has no idea what will happen next.  She is explicit about that.  She is even clearer about her, and her Government’s, direction and how she will face these uncertainties.

Because the situation is so novel, it is not just unpredictable but it may also be unpatterned.  This is a fourth observation from complexity thinking.  Let’s consider this in some more detail.

Complexity thinkers draw distinctions between the situations we face and how we need to act and lead in the predictable world, where there is a right answer that is known or can be researched, and the unpredictable world, where there are so many variables and possibilities that there is no right answer to be found.  David Snowden has developed the Cynefin framework to help our thinking here.  He divides these worlds into four possible domains: The predictable world includes the Obvious or Simple domain, where there is a predictable and repeatable relationship between cause and effect and what to do is obvious.  A second predictable domain is called Complicated.  This is where the relationship between cause and effect can be researched and a right answer found by applying expert advice.  Most of our leadership methods and tools function in the Obvious and Complicated domains.  As leaders we are expected to be able to Predict, Plan, and Control to achieve the outcomes we desire.

Brexit goes way beyond predicting, planning and controlling.  Brexit is on the unpredictable side of the Cynefin framework.  Over here there are another two domains.  In the Complex domain we can only figure out the relationship between cause and effect after the events have occurred.  This is the world of commissions of inquiry, Senate investigations, post-referendum post-mortems and Monday morning quarter-backing.  After the event we might be wise enough to figure out all the steps that lead to Brexit (or to Iceland’s upset win over England in Euro 2016, or how the Cavs came from 1-3 down to defeat the Warriors 4 games to 3 in the NBA finals) but this does not help us to predict what will happen next.

In the Complex domain the system operates in observable patterns but it cannot be predicted exactly what is going to happen.  We can consider the pattern of the move toward a more unified Europe and a countervailing pattern of demands for more national and local sovereignty (Or we could look at the pattern of how TV broadcast rights, money, and freedom to buy and sell clubs and players makes the English Premier League arguably the best football league in the world and the connected pattern of the long-standing under performance by the England national team).  But none of these patterns predict what will happen next in European and British political economy, or in English football.

The other unpredictable domain is Chaotic.  Here the system falls into chaos, without patterns.  No links between cause and effect can be seen, even after the event.  WTF!  We face this risk with Brexit.  The calming statements by national leaders and central bankers are designed to limit these risks, of multiple events combining to tip the system into a more damaging realm.  To the extent that the Brexit situation goes into new territory and is unpatterned we are more likely to be in chaos or on the edge at risk of sliding into chaos.

The fifth observation from complexity thinking is to look for patterns that may be in play, the ways the system might move back and forward between them, and the opportunities and challenges these create.  Each of these patterns is a way the system or part of the system organizes itself as if around a magnet to resist change or to restore order or to reach a particular objective.  In complexity thinking these patterns can be called basins of attraction using the metaphor of a system organizing itself like a ball spiraling down into a basin or being drawn toward a magnet.  Significant changes like Brexit might tip the system into another basin or reshape the basins in the landscape.

We can imagine the European system moving about within the stable basin created by the EU rules but then, with Britain’s exit, perhaps tipping into a very different basin.  This new basin is as yet undefined.  It could be a modified form of business as usual with a stable trading relationship between Britain and the EU or it could be the EU being pulled apart by other Eurosceptic forces into a much weaker and perhaps fractious grouping of states.  Using this model of different basins or magnets, we can think of periods of instability and uncertainty as mountains or ridges between these different basins.

Let’s look at some different examples of basins or patterns that are already visible in this situation.

One clear pattern is that the leadership of Europe is understandably very invested in holding the union together and to have Britain depart with minimal damage to the wider community.  Part of the EU agenda would be to maintain the core European Union acquis, or agreements of the community, especially free movement of goods, people, and capital and the freedom to provide services across member states. Various British leaders have argued that Britain will essential remain a part of Europe, Britain has the 5th largest economy in the world and that European leaders will be sensible about continuing to do business.  Here again is the stability pattern.  Many factors combine to argue for sensibility and stability.

But a basin of EU stability does not mean the British exit will be smooth.  There are two aspects to this.  Firstly, maintaining EU stability may mean taking a hard line with the British.  Special terms for Britain may be as rare as Boris Johnson’s comb.  Britain is highly unlikely to be able to be part of the single European market and to restrict freedom of movement of Europeans.  To borrow from a famous Frenchwoman, the Euro attitude is likely to be “we can let them eat cake, but not let them have it too.”

Secondly, even were there to be fair weather sailing and a great deal of goodwill, the process for leaving also has many opportunities for instability to emerge.  The system is barely controllable.  The exiting process introduces so many feedbacks that can amplify small conflicts.  To reach an agreed deal there are masses of details to resolve and then the agreement has to be approved by first by a qualified majority of EU countries – requiring the largest to agree, and then a majority in the EU parliament. If there is no agreement in two years Britain exits without a deal.  To extend the deadline requires the unanimous agreement of all 28 EU states.

Each of these elements introduces more elements and more players; each creates greater uncertainty and complexity.  While there is a pattern of stability in the system there is also a pattern of layers of detail needing to be agreed and this adds instability.  As Alex Stubb, Finland’s former finance minister, said to the Financial Times earlier in the year: “How do you basically cut off the continent? You can’t do it overnight.  It will take a long time, a lot of instability, market mayhem, legal interpretation, a lot of court cases.”  Here in the mind-numbing boredom of trade negotiations lurk the seeds of insecurity and instability that Peter Hargreaves finds so fantastic.

These insecurities and uncertainties can trigger instabilities in larger global patterns or basins of attraction.  Neil Irwin, writing in the New York Times, “What makes Brexit so concerning is that it accentuates and deepens global forces that have been building for years. So far, governments have been unable to limit any of it. And those forces have self-reinforcing, vicious-cycle dimensions that make it a particularly perilous time for the global economy.”  Irwin points to a set of feedbacks between intersecting forces: low inflation, a strong US dollar, weak growth, political instability, low to negative interest rates, and impotent monetary policy.  The cumulative effect could be a slide into a deeper global economic hole.

A similar pattern can be sketched in the political world.   The relative decline of the working class and middle class in richer countries has found its expression in Brexit, the rise of Donald Trump, and inflamed distrust of political leaders and elites across the developed world.  This is a second global pattern that could interact with global economic insecurities.

The larger point is that none of this is predictable.  What can leaders do in the face of these patterns and these uncertainties involved?  Don’t assume things will be able to be predicted planned and controlled.  Look for patterns and inter-actions between different patterns.  Watch what is happening around the edges of systems. Try a variety of things.  Test these in small ways and make small bets.  Be open and explicit about learning.