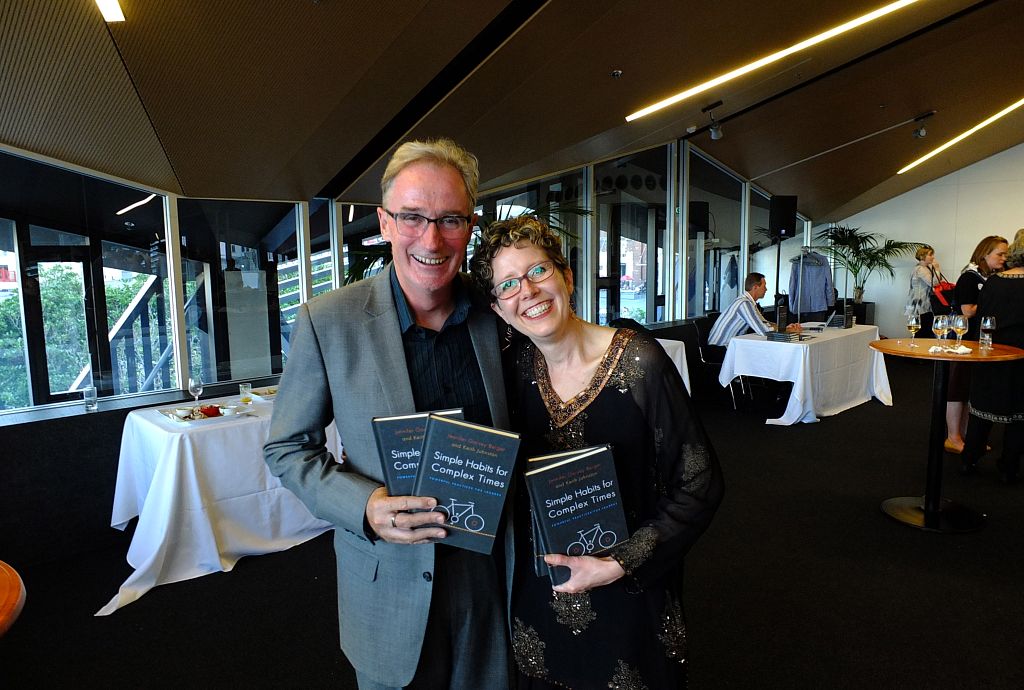 Leadership is not about simply maintaining the status quo. Leadership is fundamentally about the future, about bringing people or ideas into a new and better world. It’s hard enough to lead in cases where we can have relative certainty about what the future holds—still we have to figure out what to do in that probable future and get others to align with those ideas. The more uncertain and complex that world is, the less a leader can predict what the future might be. So what’s a leader to do?

We think of this as leading the possible. Paying attention to those things that happen in the probable world and the possible world are are mandatory in organisations today, but they require very different skills and mindsets. Here are just three main differences.

Rethinking causality. When you are dealing with a probable world, it’s vital to know what issues have caused which outcomes. We see in the New Zealand public sector that the connection to outcome (rather than output) is a major push. One of the characteristics of a complex event, though, is that you can’t tell which inputs caused which outputs until afterwards and, perhaps more frustratingly, you can’t repeat the pattern predictably next time. This means that you can’t know for sure ahead of time that your restructuring will deliver the efficiency results you want—no matter how good it looks on paper—because there are too many pieces all interacting together. Perhaps efficiency will be increased as job descriptions tighten up, or perhaps efficiency will crash as confusion reigns or important tasks slip through the cracks. And if, in the end, you got the results you were seeking, you can’t know that a restructure will work next time in this organisation or in your next organisation. In an uncertain and unpredictable world, thinking about a simple cause-and-effect is dangerous. Instead, try disrupting your usual way of thinking by looking at the edges of the problem you’re trying to solve and looking at three or four pieces that seem to be colliding to create the circumstances you’d like to change. Also, when you see an outcome (whether desired or not), try to avoid the immediate chain that tells you what caused the outcome, and begin to wonder about the intertwining of many forces. Could you name five? Ten? With help from those around you (diverse perspectives really matter) you might get twenty factors that braided together in this instance to create the outcome. And each of those twenty factors gives you a new possibility to nudge the system in a more desired direction next time.

Refocusing your time horizon. If leadership is about the future, leaders should be looking at the future all the time, right? Well, ironically, it’s good practice to look to the future in a predictable world, but it’s actually not such a good idea to focus too much on a single desired (or undesired) future when you’re trying to lead the possible. See, the point is that so many things are possible that you can’t conceivably have your eyes on all of them. Again and again we see leaders that miss massive opportunities (and massive threats) by keeping their focus on a single destination in a rapidly-changing world. This is only human—we are wired to act as though the future is basically a repeat of the past, and to miss cues that we’re wrong about that. So instead of trying to predict and control the future, leading the possible is about deep noticing of the present and of what the current system is tending to do, and then nudging it towards a better direction (rather than planning for the best destination). To avoid this trap, watch out for a single-minded focus on one right future or one best solution and see if you can spend a little more time just mapping out the what is going on right now. Try asking yourself: What do I see in the present that is going in the direction I think is most helpful? What are the conditions around that helpful pattern and could I try coaxing other parts of the system in that same direction?

Reframing your relationship to failure. Notice that in this blog, I’ve been talking a lot about nudging and coaxing. Dealing in the probable world mostly doesn’t require coaxing and nudging—it requires clarity and planning and implementation. But to lead the possible, trying to force and control and predict are the wrong impulses—your solutions may be too narrow, too backwards looking, and too tightly held to allow for the emerging of a new future. But nudging and coaxing are necessarily experimental, and experiments often don’t go the way we want them to (or else we couldn’t call them experiments). Dave Snowden talks about safe-to-fail experiments in complexity to nudge the system—many small, fine grained, inexpensive nudges to try and shift the system and, at the same time, to teach you about the system so that you can create another nudge and then another. It is this pattern of experimenting and learning—rather than planning and rolling out—that is likely to help you move, step by step, into a better future.

Leading the possible requires a new set of habits, but once they’re formed they can make work more interesting and even fun. When we let go of the impossibility of predicting and controlling in certain circumstances, we can create more effective interventions and learn as we lead.

Picture today is of Keith and me at our book launch. Check out this review of our new book…