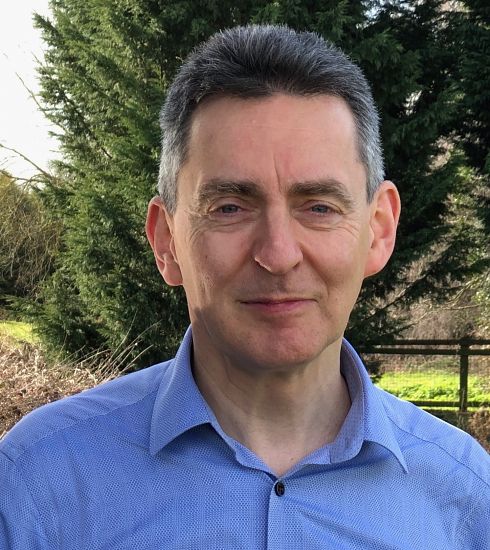 Tony believes passionately in the need for organisations and individuals to expand their portfolio of understanding and action to embrace new approaches emerging from the world of complex systems. A fundamental part of this approach is to see the world from other perspectives than our own – to listen and see the narrative that underlies each other’s worldview. He believes that organisations that embrace the complex alongside their established complicated/engineering viewpoint will be those that will survive, prosper and contribute to our future joint wellbeing. Clients hearing these human, natural stories always gain new insights into what is happening, but more importantly into what is possible – and the pathways through the narrative terrain available to them.

After working in communications both in-house and as a consultant to world-leading technology firms, Tony began exploring and experimenting with narrative in 2000. Since then, Tony has been developing and using narrative techniques, supported by technology where appropriate, to give voice to those stories that often go unheard – whether from people in the organisation, from customers or from citizens of the countries in which we operate. Working with global corporations, UN agencies, governments and NGOs, he has brought new light to persistent problems, allowing clients to see situations with new eyes and discover the possibilities inherent in complex systems.

Tony holds a Bachelor of Science (Joint Honours) in Electronics with Computing from Durham University. He was among the first to take Cognitive Edge’s Cynefin training and was lead trainer, alongside founder Dave Snowden, of their public courses for a number of years.

On those occasions when he’s not in a hotel or an airport lounge, Tony can be found in a village an hour north of London, UK, with his wife and two teenage daughters. A voracious reader and consumer of podcasts, he has an unexpectedly deep knowledge of comics and pop music from the 80s onwards (the latter a legacy from his years as a part-time radio presenter). Confusingly, his nationality changes depending on which of his two sporting passions he’s watching: cricket (in which case he’s English) or rugby union (Scottish).