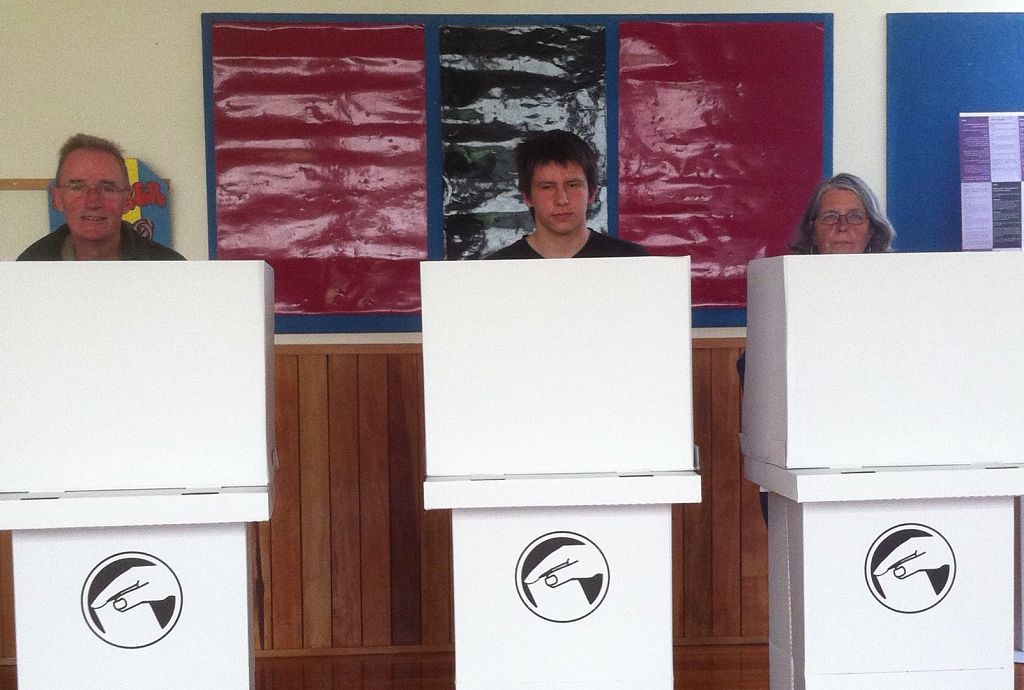 What might Francesco say to Li Wei this week?  What might an Italian man say to a Chinese man about elections and democracy and choosing a government?  What might Li Wei say to Francesco?[1]  Maybe it depends a little on how much either of them might know about complexity?

Italy voted this week in an election.  The coalition-manoeuvring continues but it looks likely that the most right-wing Italian government since the Second World War and Il Duce might be on the cards.   A large proportion of the voters chose parties that might normally be considered as on the fringe.  The insurgent and anarchic Five Star Movement polled highest with more than a third of the votes, followed by a cluster of right wing parties.  This rightist bloc is now trying to form a government.  The far-right Lega (led by a young man who is a great admirer of Putin) got 17 per cent and the ghost of Silvio Berlusconi walked with his Forza Italia winning 14 per cent.  This was another election where many voters seemed to be saying: “throw-out-the-last-lot-and-see-what-emerges-from-the-chaos.”

In China there will not be any throwing out the last lot.  Or any chaos, thank you very much.  This week the National People’s Congress voted to remove term limits on the presidency to enable Xi Jinping to become president for life.  It was also decided to amend the preamble to the Chinese constitution to include “Xi Jinping Thought on Socialism with Chinese Characteristics for a New Era.”  Hasn’t China been here before?

The Italian result suggests a pattern already seen in Russia, Turkey, Hungary, Poland, and India, where voters have chosen strongmen as leaders and then enabled those leaders to dismantle key aspects of the countries’ democracies such as a free press, due process, transparency, tolerance and civil liberties.

Readers might add the United States of America to that list but it is not yet clear whether President Trump is able to deliver much dismantling or mantling at all, despite his rhetoric.

So what might Francesco and Li Wei have said to each other?  Francesco might celebrate “voting out the bum’’.  He might be happy to install a government with more authoritarian tendencies.  Li Wei might see this as a messy way to proceed to law and order and getting the trains to run on time.  How much simpler to have a strongman for life.  Yet would Francesco want to give up his veto, his ability to exercise a version of his forbears pollice verso –the Colosseum crowd’s thumbs up or down verdict on gladiators?

When does a democratic system tip into something authoritarian and when is it a system adapting to its context – the flexing and constraining of practices but still within a fundamentally democratic construct?.

I think systems and complexity theories are useful here.

Firstly, a democracy is a whole system.  It is not just a parliamentary democracy or universal suffrage.  It depends on the interaction of many elements.  These include: access to voting, fair representation, freedom of information, a free press and freedom of speech, legal protections for the systems, oversight and constraints on corruption, protections for minorities, a viable state to support an elected government. Each of these elements can be shut down or constrained.  If multiple elements are hampered or removed then the whole system can become hollowed out, a mere façade of democratic practice perhaps held in place to offer a figleaf of legitimacy to the dictators.  There have been numerous examples where this has happened in recent decades: from Azerbaijan to Zimbabwe[2].

Secondly, to draw from complexity theory, we can think of democracies as self-organising systems.  They operate like basins of attraction with the different elements interacting to hold the basin in place and enabling the system to retain the essential elements of being a democracy.  For example, freedom of information and a free media enables scrutiny of politicians and also power in society at large and reduces the vulnerability of the system to corruption.  The system also interacts through the workings of the executive, legislature, and judiciary.  We can see the strength and vulnerability of this in the Trump Administration’s determination to get more influence over the intended checks and balances: more sympathetic judicial appointments and trying to dominate a polarised legislature to have it do the executive’s bidding.

Thirdly, context is crucial.  What we have seen in the “throw-out-the-last-lot-and-see-what-emerges-from-the-chaos” elections of the past two years is the strenuous pushing back from people who used to have hope of making better lives for their children and have now lost that hope with the decline of middle and working class communities and families in rich-world countries.  We cannot have the massive swing toward greater inequality in these societies that has occurred since the early 1980s and not have consequences.  The political and economic system has let down a large swathe of society in their eyes and they want to break it up.  A recent Thomas Edsall column in the New York Times points out how much US voters are now motivated by loathing of others.

A fourth and final observation is about democracy as a basin of attraction.  If we think about it this way, then we can look at it from the point of view of its resilience.  We want to avoid democracies tipping over into dictatorships.  It is a long and bloody road back from dictatorships to more democratic systems.  To that end, we want the democracy basin to be broad and resilient and able to cope with strong men leaders trying to shut down elements that do not meet their favour.

To promote healthy democratic resilience, we also need to resist our own tendencies to want to shut down those who infuriate us with their frustratingly absurd ideas.

I am hoping Francesco can wave his arms passionately and say to Li Wei that we need a vessel large enough to resound to the clashing of multiple perspectives and allow communities to carry on fractiously.

The photo is my nephew, me, and Trish voting in our local school hall, the first time he got to vote.

[1] I chose men to be the subjects of this question because men tend to be more supportive of authoritarian leaders than women do.

[2] The Economist Intelligence Unit’s 2017 Democracy Index ranks 19 of 167 countries as ‘full democracies’ and another 57 countries as ‘flawed democracies’.  Sixty one countries were described as authoritarian.  Included in these were Azerbaijan, ranked at 148, and Zimbabwe, at 136.