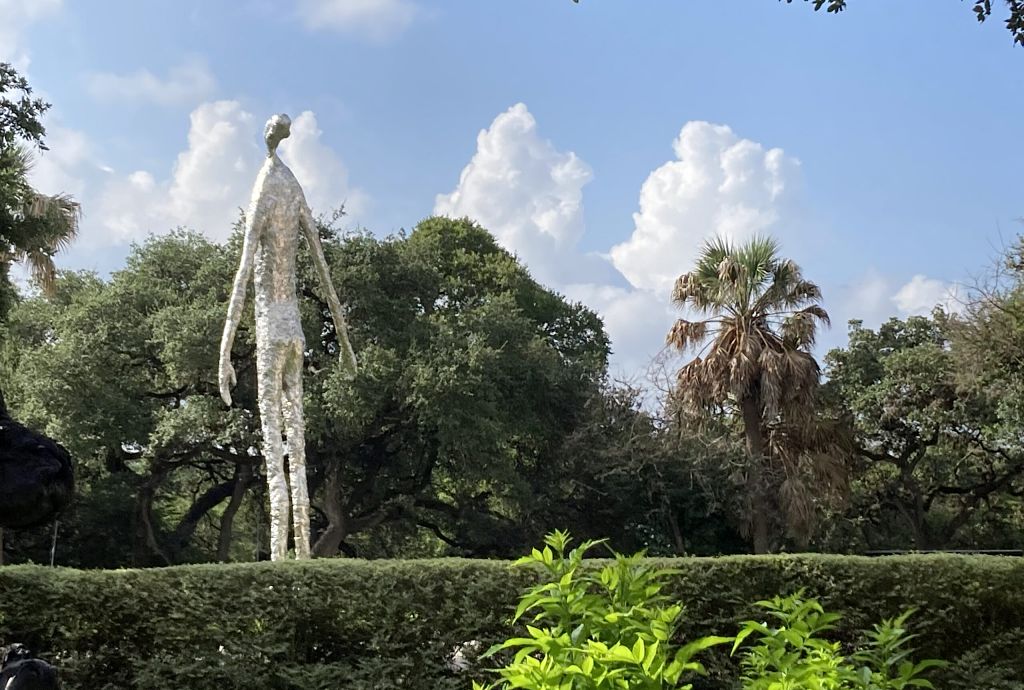 I come from a religious tradition that includes a barely practiced notion of sabbath. Most commonly invoked was a day of rest, or at least periods of time that were unlike others that focused on productive labors. Ceasing labor implied that the world’s upkeep didn’t depend on me and instead ultimately depended on God, a kind of right-sizing of our importance and the burden of responsibilities carried too earnestly.

Later, I found myself looking over fences, mostly into Judaism, for sources of inspiration about sabbath practices that could help me regulate how I am showing up in my life and living it. Notions of sabbath have helped me be more aware of my striving, and also appreciating things as they are, as though they are full and complete, and as though they don’t need me to make something else out of them.

Have I figured it out? Well, not quite. It is not always that I am moving too fast, as in being too busy, but rather that too often I am not fully experiencing what I am engaging in. I miss opportunities for what I could contribute in key moments. Old expectations I hold for how I thought life should be shadow me.

I do notice differences in me now: that I am more able to slow down and take things in more fully, to be more where I am, and to tolerate—to stay with—things that leave me uncomfortable. To not react, automatically, or to experience the downside of too much that is habitual. The benefits hopefully accrue to anything I engage, and to what happens when life throws me off. And when changes in life open up larger transitions.

Sabbatical mode is short-hand for two related things. The first involves creating space and time (or, to be slightly clever about it, spacetime) that shifts away from what we normally consider productive pursuits and the ambition associated with them, and to engage forms of exploration, experimentation and expression. This spirit for this is of openness and curiosity, and with possibilities for renewal. The second form of sabbatical mode is to be practiced every day, and it includes an awareness of the distinct activities we engage and making moves between them ritually. To move ritually means, metaphorically speaking, to put one thing down and pick up another. Ritual organizes the in-between. This mode is transitional, moving us from spacetime to spacetime.

For me, this is more mundane than mystical. A lunch encounter with a colleague is not a team meeting, is not a walk in the woods, is not playing a pick-up basketball game at the park, is not filling out tax forms (Can tax forms be meaningful? Why not?). It is not sitting with someone dying, not digging a garden, not the crisis phone call about the company’s cloud servers going down. Everyone knows these are different. The challenge for me: letting them be different, and me being tuned in to that difference and available for what is uniquely needed in these moments.

Practicing sabbatical mode is not the same as time management. It requires cultivating attention to context, and the immediate conditions shaping what’s being experienced. It is aided by anticipation for what’s coming next so that you can notice differences and let go, even shake off where you’ve been and get ready for what’s coming. We often think of rituals as big ceremonies that mark passages between seasons. But they can be as small as taking off one set of clothes and putting on another with a deeper recognition of moving from and to.

Both sabbatical modes involve making arrangements so that whatever else I could be involved in don’t really (or at least fully) need me. And, inside, letting these things not need me.

This can be more difficult than it sounds. I am reminded of some whom I have coached, those who are used to being in the scrum of operating an organization, continually and habitually occupied with it, but who now are expected to stand apart from it more as an executive and to govern and enable it. They are identified with being in the middle of things, directing things and doing things that are connected to tangible outputs, and getting signals back that they interpret–with satisfaction–as being needed. They have difficulty putting down that body of work and changing their relationship with it.

For the most part, the things we put down we can pick up later, in the next hour or next week. Some transitions are more final. They involve loss. Or becoming lost, when we don’t know what’s next. Or simply knowing something needs to change, something needs to give way because what’s going on seems unsustainable. In other words, zooming out to see the larger through-line of our own story. Sensing that it is time to let go of some things as they have been and wondering–but not rushing for–for what to pick up next. Sabbath here means more like what many associate with a sabbatical: a longer period of time to gain some separation from what is and has been to create room for what’s next.

Many adults hit points when they yearn for such a sabbatical spacetime. Some professions and some employers support it, and even some philanthropic foundations. With responsibilities and practicalities in mind, I’ve been imagining what I call “working sabbaticals” that are more part-time and in parallel with the rest of one’s life. Diana Renner and I have been designing a group experience for those taking such working sabbaticals that should be available in early 2022. It will allow people to support each other and together explore some themes: about aspiration and wayfinding (including through one’s notion of job and career), about “negative capabilities” that open up rather than fill spacetime, about finding meaning in the mundane and reconciling ourselves with expectations we’ve been holding. Looking toward the next horizons from wherever we find ourselves now rather than some ideal of where we expected to be. Keep an eye out! In the meantime, others interested in the solo path on sabbaticals are welcome to contact me at fred@cultivatingleadership.com.