Leadership on the edge of chaos 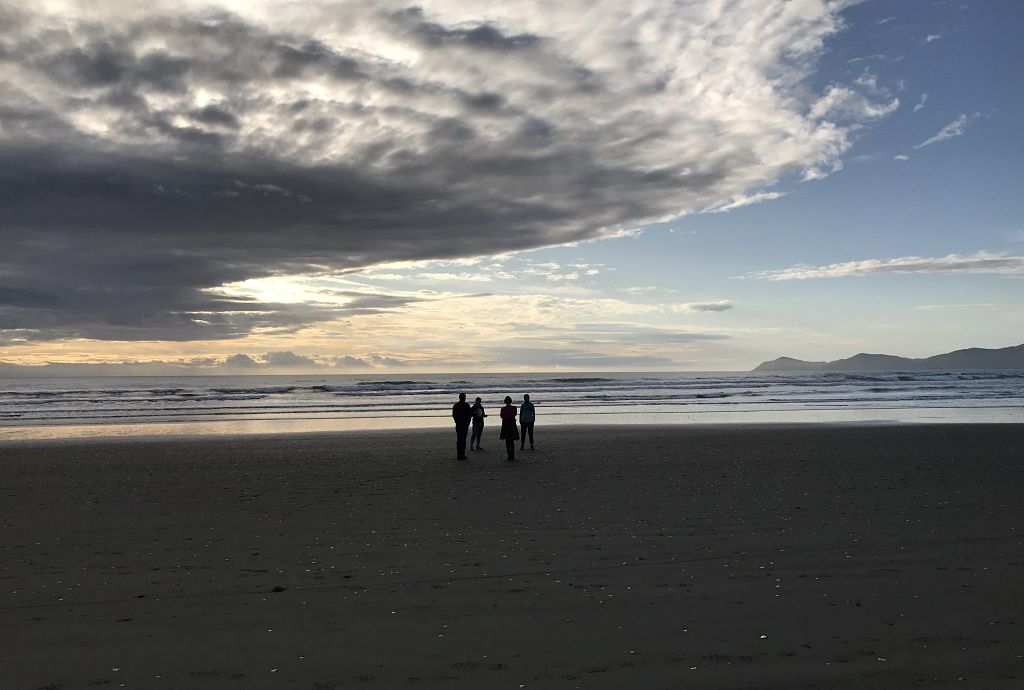 We have been thinking about leading in complexity for many years, and we even wrote a book together called Simple Habits for Complex Times, which was meant to help leaders grow more capable of leading during times thick with complexity, change, and uncertainty. Leading in complexity is counterintuitive and unnatural in many ways—we can grow better able to handle it, but that growth takes some intention, some coaxing.

Take the Spanish flu outbreak, which many of us are mining for lessons for today. A century after the 1918-19 flu pandemic, we still don’t know how it started and we still don’t know where it started. Most likely suspects include Kansas, or perhaps New York City, Étaples in France, and northern China. However, it is certain the “Spanish flu” did not emerge in Spain. Nor do we know how many tens of millions of people were killed by the flu. Hindsight is helpful, but during chaotic times, it still doesn’t provide all the answers we want.

This means that leadership on the edge of chaos requires decisive and sometimes significant action without full knowledge of what that action will do. The first questions for leaders in a chaotic situation are: How do we attempt to stabilize this situation? How do we keep people safe?

In complexity, safe-to-fail experimentation can be subtle, a series of nudges meant to shift a system into a new way of operating. On the edge of chaos, leaders may need to rely on blunt instruments to simply make things stable so that they can work out the patterns that emerge after. We saw some leaders—of countries, of organisations—attempt a subtle response. Wash your hands, cough into your elbow, stay home when you’re sick. This is a complexity-friendly nudge to the system, and it was likely too small and subtle for the chaos of the moment. Other leaders—of countries, of organizations—used the blunt instrument of keeping people home; they closed offices, closed schools, eventually ordered people into their homes.

But a blunt instrument alone is not enough on the edge of chaos. In addition to clear and swift decisions, we also need to be learning like crazy as we pay attention to new data that might suggest a better course of action. You see this in fire fighters who battle the blaze in front of them, always calculating how to escape if the wind shifts and their plans need to change in an instant. We need to stay the course and at the same time be open to a wide range of possibilities—a challenging combination for leaders to pull off in the best of circumstances, and chaos is not generally the best of circumstances. Even as leaders look at the facts squarely, it is also essential for them to be able to look sideways, scanning the terrain and experimenting with other ways of doing things.

But leaders on the edge of chaos in human systems also need to deeply understand human responses. Leaders need to connect at a human level as well as at a system level, to make sense of grief, anxiety, anger, desperation. Leading at the edge of chaos means understanding the many ways humans interact with chaos—the whole range of those who find themselves more able, more helpful, more connected and those who find themselves more protective, more self-oriented, and more isolated. Leaders need to communicate clearly and empathically; they need to repeat their message again and again, and they need to listen deeply to what’s going on for others.

In the face of Covid-19 we are seeing many impressive leaders around the world, responsible for the health of countries, regions and cities. Jacinda Ardern, the Prime Minister of New Zealand, is an example of one who knows more than she’d like to about leading her country on the edge of chaos. Even as she brought out a blunt instrument (locking down the entire country before they experienced a single death), Ardern was careful to share the facts of the case—that lag times in the infection response meant that even as New Zealanders were sheltering in place, the case numbers and the deaths were likely to rise precipitously. And she was careful to bring in the human element and to trust the people to respond well in the crisis by offering them a simple human rule to go with the blunt instrument she was requesting. She said, “If you have any questions about what you can or can’t do and you’re looking for answers, apply a simple principle: Act like you have COVID-19. Every move you make could be a risk to someone else.”

Here you see the blunt and subtle instruments combined. Ardern inverted the understandably primary concern we hold as humans. “How do I avoid getting infected?” became “How do I avoid infecting others?” A personal concern for our own well-being was turned into a concern for how to protect others in our wider families, groups of friends, and the broader community. It also expanded the agency each person feels—which is so helpful when things feel so out of control. She showed the ways she was learning, explaining that she understood the hardship this was creating, and helping people understand what they would be looking for as they made the next set of decisions. Finally, Ardern assured New Zealanders that their sacrifice was saving the lives of those who were most vulnerable. In so doing, Ardern used the megaphone of her leadership not to amplify fear and isolation but to make every New Zealander a hero.

Helping people follow the rules that chaos requires to keep them safe while helping them live into their most positive human qualities of connection and kindness—this is the best of leadership on the edge of chaos.