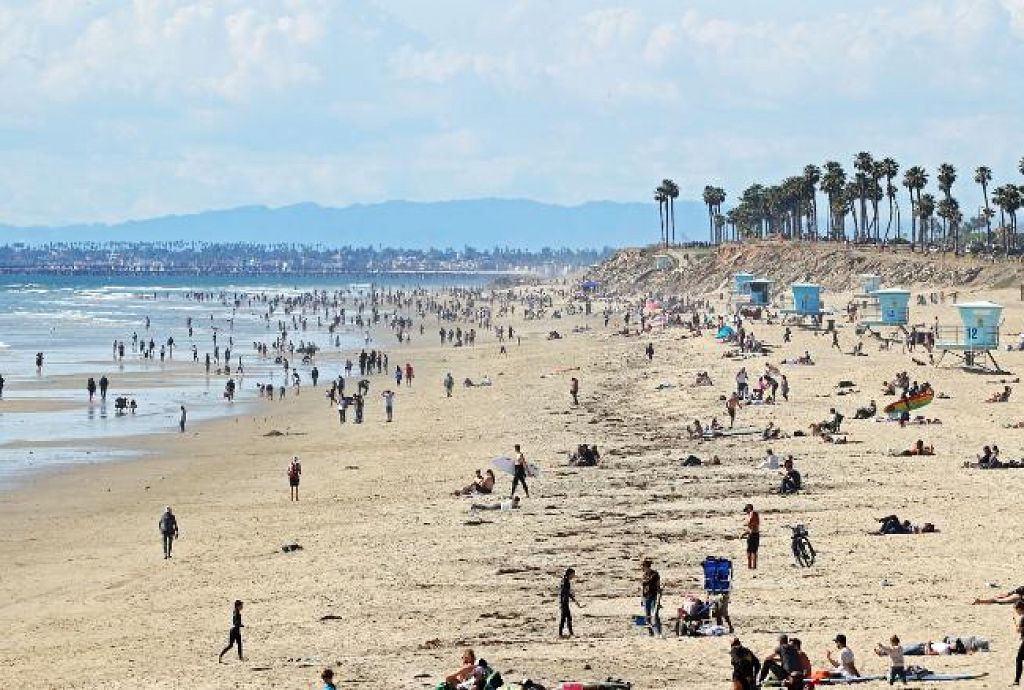 I have started summarizing the research on how: individuals and groups react in a crisis and what the most effective leaders do in response.

One of the most startling things I’ve discovered in the research on how people respond to an imminent crisis is how little they change their behaviors. While governments and CEO’s worry that people will panic when they hear of imminent danger, research on past calamities shows that people tend to do the opposite – they carry on as if nothing has changed.

Researchers who study disasters have labeled this the ‘normalcy bias’. They observed that people tend to ‘normalize’ unusual situations and carry on their everyday routines even when urged to take immediate precautions.

This is what we are seeing in Florida with Spring Breakers packing bars and Californians continuing to flock to the beach when they have been mandated to stay at home.

From the L.A. Times, Jaushay Rockett a Long Beach resident says he saw plenty of people outdoors, seemingly living their lives as usual.

“I’m thinking it was gonna be like martial law,” he said. “Everybody is out … until they make it mandatory. They’re going to have to really lock down the city for people to stay indoors.”

Ryan Castro felt similarly, “A little bit of sun while we have it, it’s like their last chance before the rain comes down.”

The behaviors of Californians prompted Long Beach Mayor Robert Garcia to write on twitter, “Seriously people, you need to practice social distancing. I am seeing tons of people out there acting like there’s no crisis.”

I suspect you have seen examples or the normalcy bias like this is your own communities or even in yourself.

The lesson that you should take from this is that people (including you and members of your family) are going to be tempted to carry on routines that are no longer safe. This is the ‘normalcy bias’ in action.

You need to over-correct for this bias and err on the side of being more careful than your brain tells you that you need to be. And don’t take your cues off what those around you are doing. They are biased and are not aware of it. You are aware. Be more cautious than you think is necessary. The lives of people you know depend on it.

Photo above is of people on the beach on March 21, 2020 in Huntington Beach, California.