Teaching and learning in China 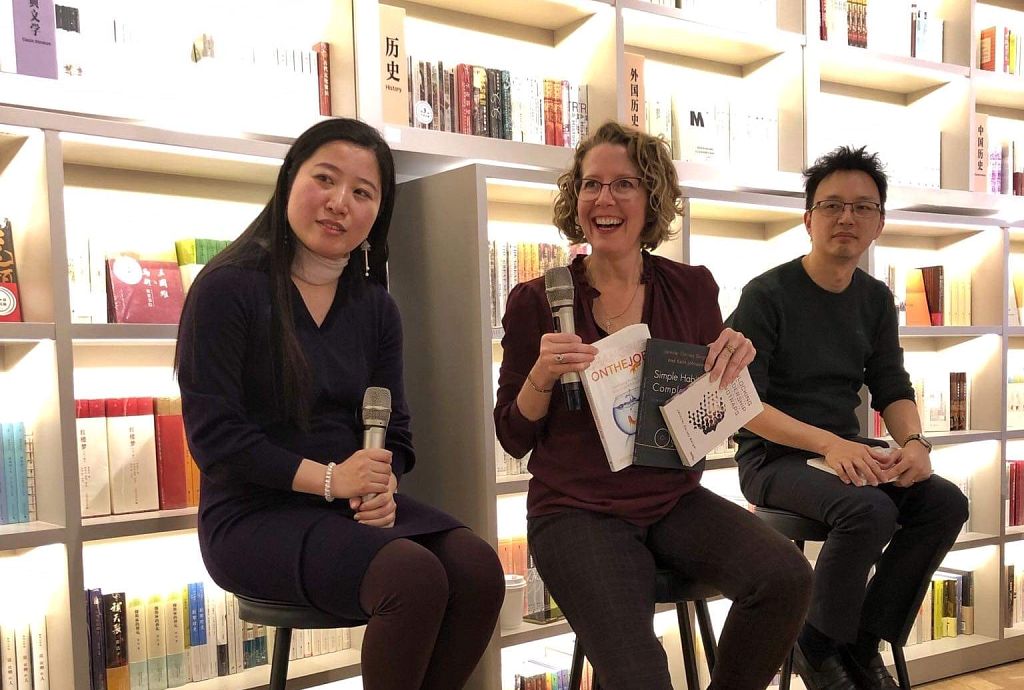 I went to China to teach and to learn. I didn’t know how interwoven that would be.

Joey wanted to make it possible for me to see what my/our book, Changing on the Job, had meant to its readers, so he threw a book party. About 70 people showed up to this glowing, modern bookstore, well-thumbed copies of one or another of my books—in one or another language—in their hands. As we gathered, Joey explained that the audience might think I had come to teach them, but really I had come to learn from them. They looked surprised, maybe even disappointed. We put them in groups to talk about how the book had changed them and then opened the floor to their voices. One by one, they took the microphone and taught me about what developmental ideas felt like in China. They told me about their culture, their struggles, their awakening. They told me about recognizing themselves in the words I had written, Joey had translated. They told me about courage to change themselves, compassion to connect with other people. They explained to me the way Chinese culture interacts with their development, where it makes it easier, where it makes it harder. Then they asked me questions, about my process, about development, about how I grew and changed. I talked about my new book, Unlocking Leadership Mindtraps, and taught some of the ideas in it and told why they were so important to me. They took notes I couldn’t read on ipads and journals and in the blank pages of my book.

There is an exercise we do often in programs: “mirror hands.” People get into pairs. One person leads and the other follows closely. They switch. It is about connection, intention, relationship, leadership. And at some point, I say, “Now there is no leader,” and everyone is supposed to lead and follow and explore that together. This is a much harder task. The pairs often giggle at the effort; some of the pairs fall apart at that stage, but others deepen into a rhythm that looks like a dance.

That night at my book party, it was as if we were all playing mirror hands together. They led, telling me about themselves. I led, answering their questions, telling my story. And then at some point, I couldn’t tell who was doing the questioning and who was doing the answering. We built a conversation together about growing and changing and culture. We talked about what we wished for the world, the imperative of our collective development, the peril of simplistic responses to complex issues. When we ended, many of us were in tears, so moved by the connection, by the magnitude of the task, by the glimmering beauty of human potential. None of us knows what will be next. None of us knows how our part can make a difference. But we all ache for the beauty of the world and the possibilities that seem so close at hand. We are all moved by the promise of development. Separated by language and culture, we are joined by our humanity.

One thought on “Teaching and learning in China”