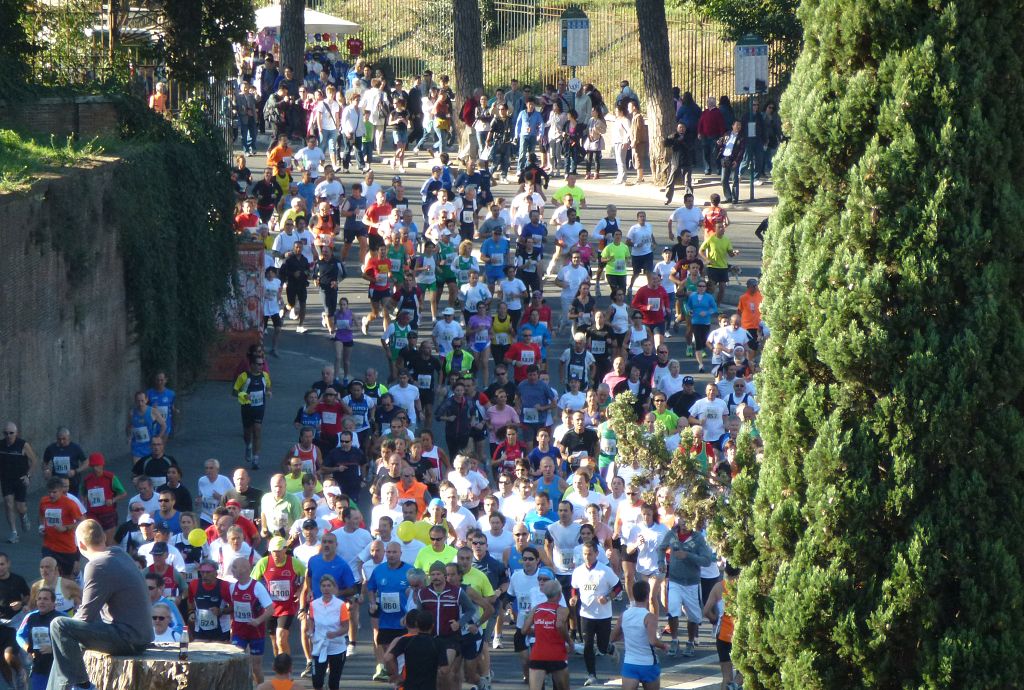 I had the delight today of speaking at the joint conference of the Bay of Plenty Principals’ Association and the Central North Island Principals’ association in a very rainy Taupo. We had about three hours together—a wealth of time from their busy schedules and the result of a new way of thinking about a conference as a meal instead of sets of nibbles.

We had a rich and thoughtful conversation about complexity—about Cynefin and safe-to-fail experiments. We played with ideas about systems and how they change, and we spent time thinking about the courage it takes for these principals to attempt change in such a conservative sector. This got me thinking about a couple of things as they relate to complexity: courage and heart, collaboration, and competition. Tonight, on the train home from the airport, I’d like to muse about competition.

New Zealand schools are the most self-managing schools in the world. Principals are in charge of just about everything—from the facility to the hiring to the curriculum. They are governed by individual community school boards. (As an aside, I lost my bid to be on our local school board by 2 votes.) Families have lots of choices too—in a town with two secondary schools, families can choose which one they want to attend. This leads to a sort of competition between schools as they seek to serve students in the same general area.

Competition is supposed to be supportive of innovation—that’s why there are competitions for solving difficult math theorems or for creating the first human-powered helicopter. And many of our technological achievements come from the competitive market.

I have a hunch, though, that competition is often the enemy of innovation—at least in some complex circumstances. I think this is especially true when you’re successful already. Competition for the underdog might be motivating; competition for the high-achieving person (or school) might be paralyzing. New Zealand schools are (as the Minister told us today) number 7 in the world on the PISA—that’s pretty high. And we are number 2 for our Pakeha students. But we fall to 34 and 44 for our Maori and Pasifika students. Now look at the competition that lives right in these numbers. Number 7 is good. Number 2 is better. Numbers 34 and 44 are terrible. We, like most countries, are badly failing our most vulnerable students, at least on the things the PISA tests (whole different set of blogs would have to take on what we’re trying to measure and what bias lives in the measurements).

I fear, though, that to innovate, we’ll have to put the #2 ranking at risk. Just like to experiment, even in a safe-to-fail way, a principal at the leading high school in a town might put her leading status at risk.

I think competition—especially when you’re doing well—has a narrowing rather than a broadening effect. I suspect this is why disruptive innovation has in nearly every case come from the underdog or the one not in the race at all. What does this mean for schools that are relatively successful? How can we bypass our particular emotional and physiological reactions to threat and develop the courage to innovate even in the face of a narrowing kind of competition?

Answers to this question might be most helpful for these NZ principals, because as one of them so rightly claimed, in New Zealand most of the disadvantages to competition are in our own minds. As I talked about the drumbeat of competition that narrows our focus, he talked about how we are concerned about the drumbeat and also not noticing that we are the ones beating the drum. (Fantastic set of ideas and images—I only wish I had known your name! This is the downside of a 50 principals to 1 me ratio at the conference.) There is no punishment (as far as I know) for a principal’s falling behind another school—just the personal feeling that it doesn’t feel good.

I talked to another client in a whole different sector about the relatively small financial loss from slipping away from your ranking in the organization. As her organization goes through change, her people are faltering on the way to the new place—failing some as they experiment their way to a better tomorrow. She marveled at how debilitating that minor financial loss was on people’s willingness to change. Once again, those who are at the top of the pile struggle with competition because it so often brings out what is conservative about them.

[Now I also know that some people thrive in competition. And maybe even they are more creative, even when at the top, when competing. It hasn’t been my experience with my clients or in the various biographies I’ve read, but I get that this pattern exists too…]

I’ve just written in the new book the way competition may have a negative pull on your development (because of the focus on looking outside you for some externally-developed metric) but at the conference I thought a lot about the way competition might also be a problem for innovation. Because failure is so important a friend in innovation, any impluse to do away with failure is innovation stifling.  So what do we do about that?

(Photo today is from a marathon we saw in Rome. Obviously, sporting competition lives in a much less complex world: many more constraints on what can and can’t be done, clear goals, clear cause and effect over winning and losing, etc.)