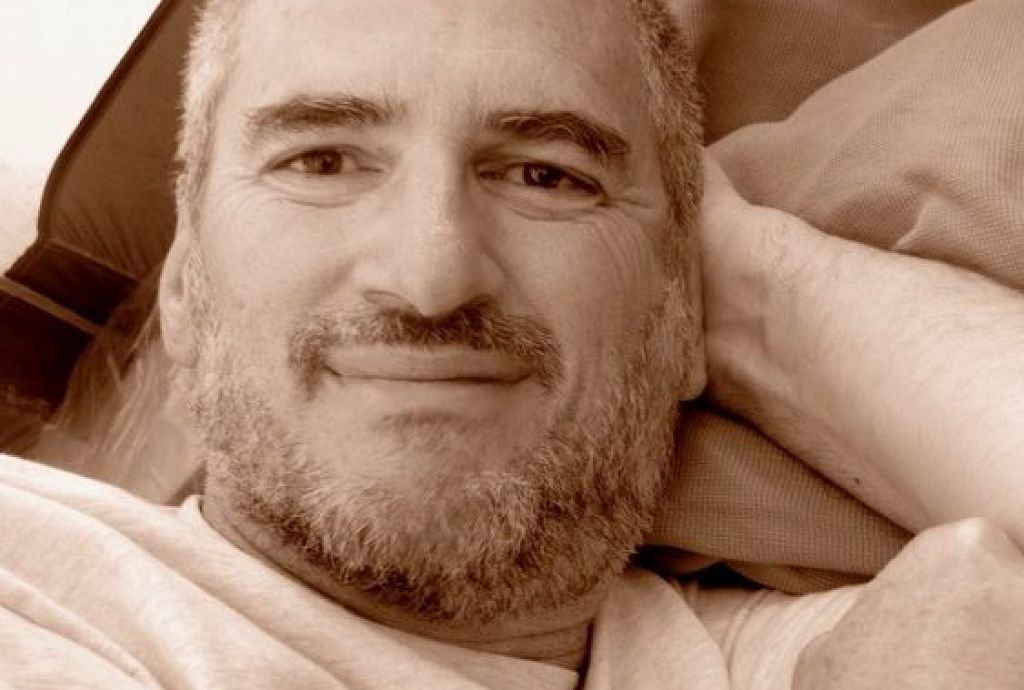 Last August, I got up early, and tiptoed out of my hotel room in Fiji, leaving my 20-year-old daughter and her best friend sleeping in the darkness. I walked barefoot with my laptop in hand to the open-air lobby perched out over the sea to have a call with my friend Doug Silsbee, who was in a warm and reflective mood, as he tended to be. We talked about our work, our children, our musings about life and death. I was headed back to New Zealand that day to a mammogram, the first I’d had since my second bout of breast cancer that had seen me through four surgeries and radiotherapy the 12 months before. I was afraid of another mammogram and the bad news that could follow. Doug was someone who could hear that I was afraid and simply be with me in that place. While we didn’t spend many hours in the same room together, we had these monthly video calls that had taken our friendship ever deeper.

Doug was talking about his time in his Airstream trailer that summer, travelling and working on his new book. He was filled with the majesty of the nature he had been living inside, the frustration of a writing project that squiggled and squirmed as he tried to wrestle it to the page. We talked about ideas together, about our kids, about our parents. As an aside, he mentioned that he was headed to the doctor too. “I shouldn’t even mention it in the same breath as your visit to your oncologist,” he told me. “I’ve just been feeling low energy and tired. I am guessing it’s a man flu, but I want to get it checked out.”

I learned by the end of the week that my mammogram was clear. It took until October before we learned that Doug’s “man flu” was advanced and aggressive cancer. It seemed impossible news. Doug was the model of health—body, heart, spirit. His meditation practice, his time in the outdoors, his tai chi—all of these explained why he was so young for a man in his 60s. His cancer was mysterious and bewildering. And he faced it with a kind of grace and honesty that has brought me to tears again and again in these last months.

Our connection on our video calls intensified. They were about fear and pain and how beautiful the world was. Sometimes we would just sit in silence and cry together. Doug had talked with me when I was bald during chemotherapy with my first cancer, when I was blistered after radiotherapy with my second. We had talked about love and life and death and complexity as he watched me get sick and heal, get sick and heal again. Now he laid on the couch with his oxygen tank during his only time with cancer and we talked and laughed and cried together. We both knew I would never watch him heal.

I write about complexity, about the difficulty of understanding cause and effect in a dynamic and interconnected world, about how to live in the present because we cannot know what the future holds. Since I was diagnosed with cancer nearly five years ago, I have had three people I loved who have died in ways that were unexpected and bewildering. My funny 25-year-old cousin James who was killed in a car accident weeks after his return from flying helicopters in Afghanistan. My wonderful friend and colleague Tim, Cultivating Leadership’s first associate, who came home from a bike race, went to bed, and never woke up. And now Doug.

I landed Wednesday in wintery Sydney after leaving scorching London. The world was already upside down, the seasons and hemispheres tipping. I turned on my phone and began to cry as the A380 emptied out into a packed immigration hall. Doug had died as I flew south.

In our last call, I asked him if he was afraid. “I’m surprised at how much I’m not afraid,” he told me. “I feel my body breaking down, and I know that this thing will kill me, maybe soon. But I just can’t stop crying about how beautiful the trees are, how magical Walker’s smile is, how much I love my kids, my dad. I am afraid sometimes, but mostly I am just overcome by gratitude for my life.”

Doug understood that his final act as a teacher was to die as he had lived—with thought and care, and with open, soaring humanity.  He wrote three fine books about coaching, leadership and presence. He guided many thousands of people into a practice of being in the present moment, being in their bodies, connecting to the deepest part of themselves while never forgetting their human frailties. But of all the work he did, perhaps these last months—as unwanted as they might have been—have been the most amazing, the most filled with impact, the most startlingly unique. The blog he and his wife Walker have kept is a testament to the beauty of the human spirit and to the fruits of the labour of their years of spiritual practice and meditation. Their grace and love and vulnerability are boundless. The collection of friends and poetry and music and words is a deeper and more beautiful connection to the chasm between life and death than anything I’ve ever seen. Doug and Walker have shown me—and hundreds, perhaps thousands of others—that a person can die in grace and gratitude, surrounded by love.

Tomorrow I have my August mammogram, and this time Doug won’t be around to talk to beforehand. I am afraid again. And I am also in love with the world, in love with our growth and change—which I have learned also means a kind of love for our mortality. I am aware that we are alive for the time we have on this planet, and we have to find our way to gratitude for that time, no matter how long or short. The promise of life is that we trade the quiet sameness of the eternal for the brilliant moving changing growing developing—and then dying—of the mortal. I see this in the bittersweet beauty of my children—now both really adults—as they make grown up choices of their own that I am so proud of. I see it in the growth of my career and my firm and these ideas that I love so much. I see it in the deepening of my friendships and the love that surrounds me. And, in full technicolour light, I saw it with Doug.

From him I learned that a life well lived can move smoothly to a beautiful death. That there can be both a sense of completion and also a sense of continuation at the end of a life. That grace and gratitude can be as strong with misfortune and grief as they are with luck and delight.  I learned that the body is mortal and bounded, but that spirit and the love grow in unbounded ways. These were the last of many things I learned from my friend Doug Silsbee, and I’ll carry them, with deep gratitude and love, until the end of my life.

(If you haven’t yet, read Doug and Walker’s blog here: www.Letlifelivethroughyou.wordpress.com  You will cry, but your world will be better)

One thought on “Saying Goodbye to Doug Silsbee”