Welcoming our full humanity at work 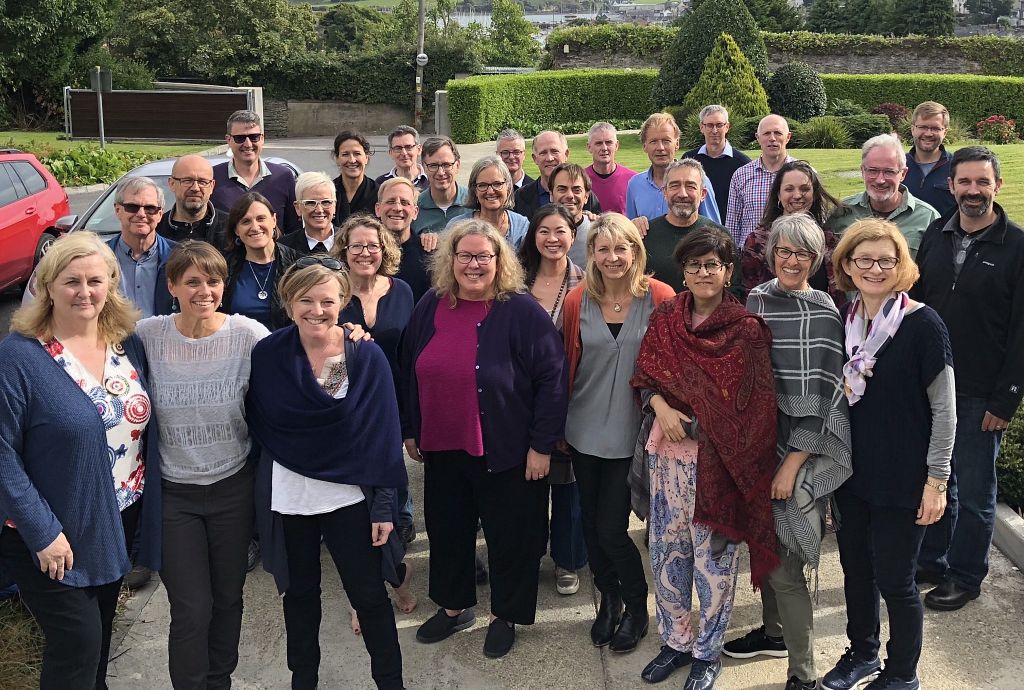 A couple of months ago, when I had had a particularly rough day with a client, I went to post about it on our Cultivating Leadership Slack channel and found that there was no place for me to take my misery. In the face of so many of my colleagues posting about their happy days and happy lives, I felt that my post would not only stick out—it would be a real downer for others. This was ironic because at Cultivating Leadership, we write a lot about failure, about bringing our whole selves to work, about vulnerability. We know that it’s our failures that are generally the biggest sources of learning and growth for us. We know that talking about things that didn’t go well is one of the most soulful forms of connection.

As I watched myself having these feelings, I thought about how much harder it might be for folks who weren’t the leader of the organization, folks who relied on the opinions of the others in order to get client work. If I wasn’t brave enough to admit to my crappy day and to the mistakes I had made, could I expect others to be? I started to talk to my colleagues and found that I was not alone, that our beautiful celebrations and connections actually had the unsettling shadow side of making our down times actually lonelier and harder than they were before. This is the Instagram phenomenon, I guess—of having a lovely image of your friends cultivated carefully to make reality somehow feel even worse.

So we decided to redouble our efforts to make talking about failure not only possible but ordinary. First, we wanted to normalize our screwups and talk about how much it stinks to experience failure. In our semi-annual meeting, we got into pairs and talked about a recent failure—what had happened, what stories we had told ourselves about it, what smaller self popped up unbidden. We found that the way others dealt with our failure made a huge difference—when they were horrified, we got smaller; when they were vulnerable and understanding, we learned more easily and beat ourselves up less. None of this was particularly surprising, but it was all very helpful to remember, to say out loud, to support ourselves to face each other’s failings with grace.
That conversation made us softer and kinder with one another, but it surely wasn’t enough to shift our culture. So we began a #Ifeellikesh-t slack channel. And there, something unexpected happened. The posts began a little tentatively with days that were bad in their external circumstances. Then people began to expose their inner lives, a meeting with a school administrator about a child where someone lost her cool; a day when working at home was not a privilege but a solitary confinement.

And then we got to the harder stuff. When we didn’t show up the way we wanted in front of a client, when we argued with a colleague for no good reason, when we doubted our life’s work for an hour or a day or a week. Wendy wrote, “I spent a good amount of the afternoon spinning into a hole: NOT finishing the writing I’d agreed with Keith I would do (getting distracted with other chores and meetings) and then picking a fight with him when I felt that he was irritated with me about it and just not saying it. Down and down. NOT my biggest self. Fortunately, he knows how to talk to me, to listen, and to lean in even when it’s hard. Thank you, KJ.” We told each other about feeling small and lonely and incompetent, about losing our phone or our temper or our mojo. And in each case, the response from the group: I see you, I have felt that feeling too, I love you more in your smallness. A brand-new colleague, whose first post was to this channel, ended, “Thanks for the space to name what’s messy and real.”

Sometimes we “listen to win,” telling each other (with a smile) how great we are and how the other guy was totally in the wrong: Mindy joked, “I don’t blame you for getting your expert button pushed!!” Sometimes we “listen to fix” and offer possible solutions to the issue at hand, like when I scorched my new silk blouse before a keynote and Keith offered, “Could you wear the shirt and add an iron burn mark to each slide? You could make it into a running metaphor for complexity and feedback and about how one anxiety leads to another. …Listening to fix :).” But most often, we admire the courage and the humanity of our friend and colleague, and we offer a virtual hug.

And that support makes a difference, in large ways and in small ways, to each of us as individuals and to our clients. By allowing the ways we are smaller and less competent than we wish we were, we find ourselves bigger and more competent than we have been before. We find that we can still celebrate on the other Slack channels, but it is in our darkest moments that we are finding deep sustenance and—as it turns out—joy.
You see this in the follow up response John wrote after a particularly horrible day, when he felt the ground shift underneath his feet in front of a client group and he lost his way. After his first vulnerable post and the many responses of support, he wrote:

First, I am deeply grateful (as is my wonderful small self who was so busy yesterday) for the I support experienced after my post this morning. I kept checking this channel as the day progressed.…On reflection, what is really interesting to me is the extent to which the shift in my inner state created/supported/was reflected by a shift in the group dynamic….Whilst I am certainly not going to claim a fairytale ending, I have no doubt the day would not have gone as well as it did if I had not been able to access virtual support from amazing colleagues. My takeaways: Having a safe place to express, recognise acknowledge this stuff is invaluable; I can’t think of any other organisation I know of where this would be possible in the way it has been made possible. And a final thank you to all those who have shown the courage to share on this channel before me.

Our failures create the fertile ground for our successes, and, more importantly, for our fullest expression of our humanity. Honesty, grace, kindness, openness—these are the raindrops we need for the parched earth of our workplaces and our world. It takes courage to share your fullness with another person, to risk their judgement (and your own). How can you make that courage more likely in someone else? How can we create the supports and structures in organizations to bring this smaller part of us to the collective, with love? And whether your organization supports that quest or not, how can you take a risk and share your #ifeellikesh-t moment with someone in a new way? In a world too filled with bluster and self-promotion, and with responses to our smallness that are too often about violence and blame (of ourselves, of others), we need spaces where we cherish our flawed humanity rather than banish it. Only in that way can days when we #feellikesh-t be some of our best, most connected, most soulful days.

3 thoughts on “Welcoming our full humanity at work”