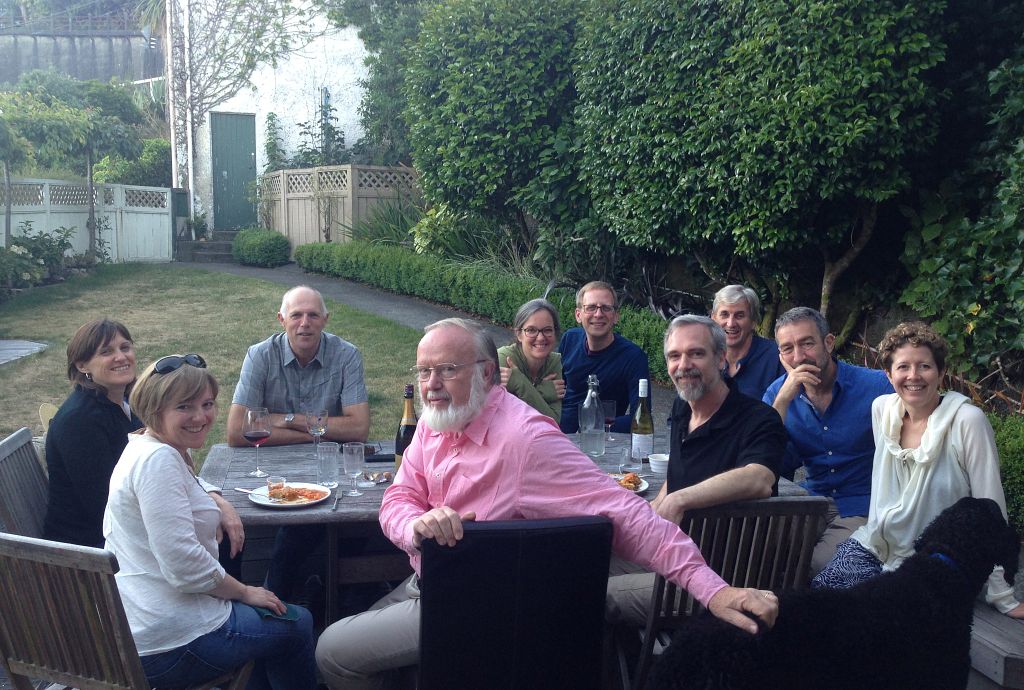 I was with a client a few weeks ago in an unusual sort of gig for me—I walked into a leadership program I didn’t design and wasn’t teaching and spend two days with the participants before flying off into the sunset again. Perhaps it was the magic of the facilitators who were leading the program, or perhaps it was the skill and courage of the group of participants, or perhaps it was that helicopter approach, but in any case, I had a vantage point to see something with fresh eyes: in complexity, it is not just the diversity of your relationships that matters, but the quality of them.

These leaders were using all of the skills and perspectives they brought with them–and all of the new skills and perspectives the program was offering–to tackle some challenges on which it is extraordinarily hard to make any progress. And while the ideas about complexity which I offered were clearly helpful, the quality of the relationships they had together and the level of trust and openness between them made a massive difference in the quality of interventions they were dreaming up.

As we were exploring the taking of multiple perspectives, I asked:

Each of the teams that went to have this conversation put its collective toes on the edge of difficulty. Silently, all the team members were each asking themselves: Do I trust these colleagues enough to have the vulnerable conversation these questions inspire? When even one person on the team decided the answer was Yes, took a deep breath, and began to offer her perspective on one of these questions, the air in the room became super charged.

As they tackled these difficult conversations, they discovered seams of discontent that had been papered over with polite talk. They learned about perspectives that were less palatable and therefore unspoken. They found out about ideas that someone was too shy to talk about in the moment. And each of these opened up vast new areas for understanding and exploration. Often it was these previously-unspoken pathways that became the most interesting ones, and they all were surprised (and somewhat chastened) at how normal it is to leave these vital areas unexplored. Someone described time “evaporating” as they became so engaged in the conversation they could hardly believe that time had passed and they were finished with it.

Too many of us have spent too much time in meetings where time crawls, where no one speaks of the elephant crowding the center table, where the most important things to talk about are the least likely to find voice. In times that are changing quickly and requiring new solutions, we cannot afford to have the surface relationships that offer surface conversations. We need to take a deep breath and feel the courage to say things that frighten us. And, perhaps just as importantly, we need to take a deep breath and hear things that make us uncomfortable.

Which brings me back to the importance of cultivating relationships where such talking and listening becomes possible. It makes me wonder what I do that inspires trust in others, and what I do that discourages it. We know that leaders need to ask for difficult feedback (because it is so rarely volunteered) and we know that they need to hear it with grace. But my attention is now focused on all the qualities in relationships that make it less likely that people will have access to the whole scope of possibilities that they need to navigate well through complex times. What risk will you take in speaking or listening today increase the quality of your relationships?

Picture today is from the Cultivating Leadership meeting in February. We’re trying to build the quality relationships to help us all thrive in complexity.