When the key is not the key 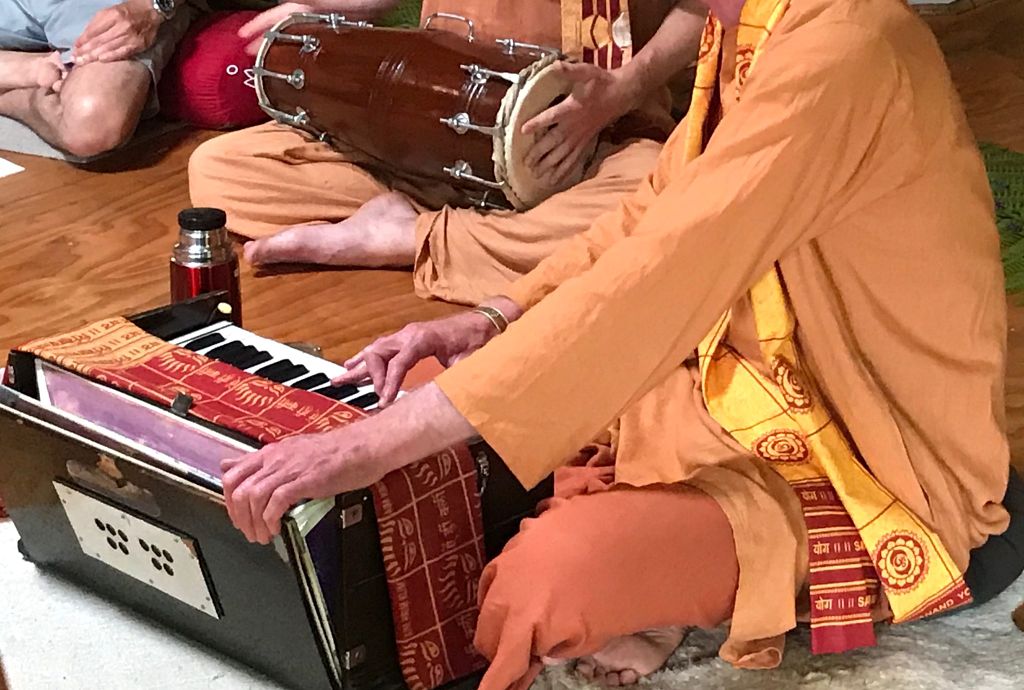 15 years ago, on azure-blue Aitutaki in the Cook Islands, we asked the woman running our guest house where we might go to church.  She responded with pursed-lipped disdain.  It turned out she was of a more refined strand of Christianity than she assumed we were seeking.  “If you wanted loud singing,” she said, “you could try the Cook Islands Christian Church just down the road.”  Perfect.  Massed, a Capella, and loud.

I love to sing lustily.  Alas, the results are widely recognised as awful, flat, and fumbling for the tune.  Not that I notice.  Many years ago I was in a group singing on a Maori marae and a friend (who still remains one) thrust her car keys at me in despair. “Here,” she said. “This might be the key you need!”  When it comes to singing an old refrain, people want me to just refrain[1].

At the New Year’s yoga retreat I attended I was delighted that I could chant with vigour, loud and long.  Tuneful would have been better but they said it was about energy and resonance.  I was happy to resonate energetically as long as others were also doing loud to provide enough cover.  I figured clapping and dancing might also distract from my worst vocal idiosyncracies.  On departing, the Swami in charge complimented me saying “my dancing would be legendary.”  Hmmmm.  I think it was a compliment.

Let’s just focus on the singing.  It had a number of important elements: it is nominally chanting rather than singing so the bar for droners like me is lowered; the words are generally simple mantra repeated over and over and can be written on one white board; the approach is usually call and response which also helps novices; the accompaniment is simple and rhythmic, consisting mainly of harmonium and drums; and the chants start slowly and rise to an energetic crescendo with clapping and dancing.  The effect is deeply moving, resonant.

The chanting can go for a long time. We chanted continuously for more than three hours on New Years Eve.  Then another practitioner led another three hour chanting the next day, 41 renditions of the 40-verse Hanuman Chalisa, a Hindu hymn from the 16th century.  She told me it was the first time she had lead such a marathon rendition and it was a shorter version than the 108 times sung by thousands to welcome the New Year at the ashram in India.  She chose 41 because it was the age of her partner when he died a year ago.

This length of chanting is also a surprising plus. It is more energising than exhausting.  It builds resonance, which is part of the practice, and it is a way to bhava – the Sanskrit word for a feeling of high emotion, a lifting of the heart.  It reminded me of the cumulative effect of the simple Wesleyan hymns of a Fijian church we visited in Rakiraki, the Cook Island Christians singing on Aitutaki, or the High Holiness Pentecostal congregation we joined with my wife’s cousin in the South Carolinan low country.

On each of these occasions my sense was of being transported, lifted up and carried along to a place of simple joy.  It works even for a non-believer like myself.  It helps to be singing simple words, call and response, and particularly where I don’t know what the words mean.  As the old Unitarian joke goes: Why is it that our congregation does not sing very well?  Because we are always reading ahead to see if we agree with the words.

Obviously the singing does not have to be spiritual to be good for us. It releases endorphins.   It is valuable aerobic exercise, encouraging better posture and deeper breathing. Done together, it creates a sense of community. Singing is used therapeutically because it is universal and is as natural as speaking.

With a little searching online, I discover, research showing singing engages an auditory-motor feedback loop in the brain more intensely than other music making activities such as instrumental playing.  Because they cannot see what they are doing when they make their music, singers have to feel their vocal muscles being positioned correctly.  MRI scans of professional opera singers show that their somatosensory parts of the brain are more activated and more developed than in non-singers.  Clearly this is a feedback loop I have yet to develop.  When I do I might find the tune.

On the retreat the teachers’ aspiration was to enable us to transform ourselves through yoga, chanting, and meditation.  In Cultivating Leadership we work to help leaders transform.  I was struck by a sense that chanting, singing, and dancing are themselves transporting.  They are not transformational as such, or not yet, but they can be a doorway into a larger transformation.  Or perhaps just be a doorway into a room full of fun.  There is little to be lost being stuck in that room.

I am left with these questions:  What might happen if we were to do more singing and dancing on our leadership programs?  How can we make leadership development more of a whole body experience?

But don’t get me to lead the singing if you want people to come back for more.  I can be Hanuman, the divine monkey, dancing in the rear.

[1] Isn’t English wonderful and so challenging as a second or third language.  Those two meanings of refrain come from different roots.  The verb, to hold back or restrain, comes from the Latin word for a horse’s bridle – frenum.  The noun, for the repeated lines at the end of a verse, comes from refringere, Latin for breaking up, because the repeated lines break up the sequence.  And, while I am at it, for all the different uses of the word ‘key’, the origin is unknown.