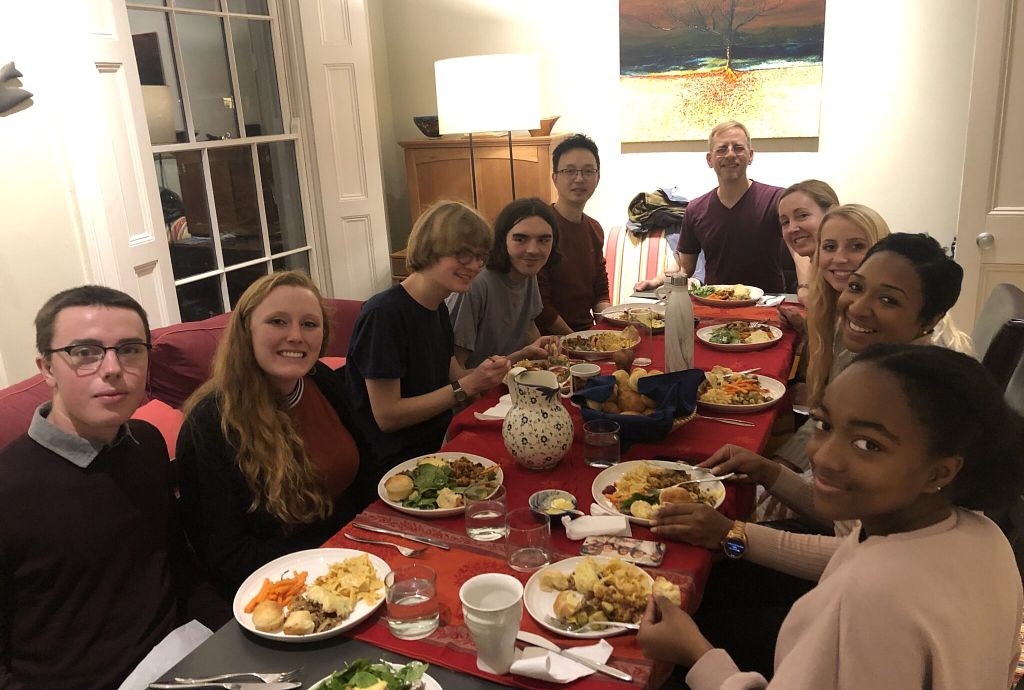 I had a zoom coffee with a new colleague last week, and it was the kind of initial conversation that made me hope that in ten years I’ll be talking about that as the first meeting of a dear friend. We were talking about diversity, inclusion, and belonging, a trio that I spend a lot of my waking hours (and some of my dreaming hours) contemplating. “If you are going to invite me to your party,” this Black American man told me, “you need to care about what my preferences are. If I walk in and hear ‘Sweet Home Alabama,’ I’m turning right around and walking back out. If you want me to stay at your party, you might need to ask some questions about my music.”

In my last blog I talked about why it’s so important to have a diverse set of folks in the room. I admit with embarrassment that there was a naïve piece of me that believed that the next part of the magic happened without much work—the guest list was everything. I have learned fairly quickly this year that once you gather the people in the (virtual) room, you are still at the starting line (at least you can start, though). Now we have to ask questions about the right kind of music and ultimately learn to play it together.

I’ve learned about asking those questions in an experiment we tried in our Conversations at the Growing Edge program. Knowing that we have long struggled to find participants from groups underrepresented in the coaching and leadership development field, we issued an invitation to coaches of color to come to the workshop for free (this offer still stands. Email Diana if you’d like to be on the guest list next time). We had 15 people take us up on that offer—people who weren’t necessarily coaches, even, and who didn’t have a background in adult development at all but who found our offer compelling. It was amazing to look out at a zoom screen that looked more like the global population than usual.

But at that first session, we said “Hello,” and then basically kept the old music playing. We were thrilled they were there, but we were rushing, doing our thing, and we did not slow enough to wonder what it was like for those we invited into this space. The feedback from the invited guests was sobering. As we debriefed the session afterwards with the small circle of folks we had invited to give us feedback, I felt my body flush and a wave of nausea run through me. Core learning: It’s actually worse to invite people to your party and then ignore them than it is to never invite them in the first place.

As we attempt to increase the diversity of people and perspectives, we will necessarily make mistakes. This one was a doozy, and my shame made me want to pull the covers up over my head. But we still need to press on. We apologized. And then apologized again. And then we worked hard to change. (I am learning that a white person who apologizes is not an ally—a white person who apologizes and then changes—that’s where healing and trust begins.) We reshaped the way we ran break-out groups. We began the slow and arduous work of diversifying the materials and examples we use. We learned to shift and change our language, our approach. Our party will not change overnight, but it is changing. And we are learning and learning, beginning to harvest some of the benefits of this diverse group as our theories and practices change.

And it’s not just in the workshops we teach that I am learning. In the Leading Inclusively workshop where I am a student, Vernice and Akasha surely didn’t make the rookie mistakes I made with my workshop. Their materials were thoughtful, the spaces carefully curated (this is not to say they are perfect—there is no such thing as perfection in this space). Now the lessons I was learning were as a member of the group, not its leader. As members, we all saw the ways the group needed to learn how to share the space in a new way. This has meant stepping back if you’re used to taking up space—which requires first even noticing that you have had the privilege to take up space in the first place. It involves stepping in if you’re used to hanging back. And above all, it means noticing that we are always always always listening to the music of one another—and more than that, we are playing jazz together. We are always listening for the notes that other people will play, adding our own notes, adding the silence that allows another note to play. Or at least, that’s how good jazz works. In our workshop, we have had to learn what our jazz sounds like, feels like. We have had to learn that it requires more listening, wondering, self-questioning than maybe we have done before.

There is a polarity in inclusion between adding your voice and welcoming the voices of others. This plays out along power lines as people who are used to having their voices welcomed feel easier about speaking—until they are called out about this. It plays out along private history lines as some of us who were taught to stay quiet as children have internalized that as adults—until we are called out about this. Each of us has had to learn to modulate our place in this polarity, fight the fears that come with speaking or not speaking. Risk being invisible, risk being seen. I see how quickly I risk darting to the sidelines, listening without offering, hiding myself while peering at others. I have had to understand that my silence can be a form of violence. I have had to face into the possibility that speaking means messing up, potentially hurting someone else, saying something stupid. In this class, I still spend nearly all my time on mute, listening intently but without knowing what I might add. My growing edge.

The gift of diversity means we have more to work with. The gift of inclusion means that we all change in the company of one another. It means we all think about power and privilege and voice in a new way. We all think about the examples we offer, the stories we tell, the permission we ask. It’s harder than I would have thought. But it’s more beautiful than I would have imagined, too. The learning is richer. The friendships more real. The possibilities more sparkling than I would have guessed. This new party offers a new playlist, new dance partners, and a new hope for a better world.

[Next blog: On creating a sense of belonging.]

One thought on “Beyond the guest list: Including everyone”