Diversity of positive deviance with Covid-19 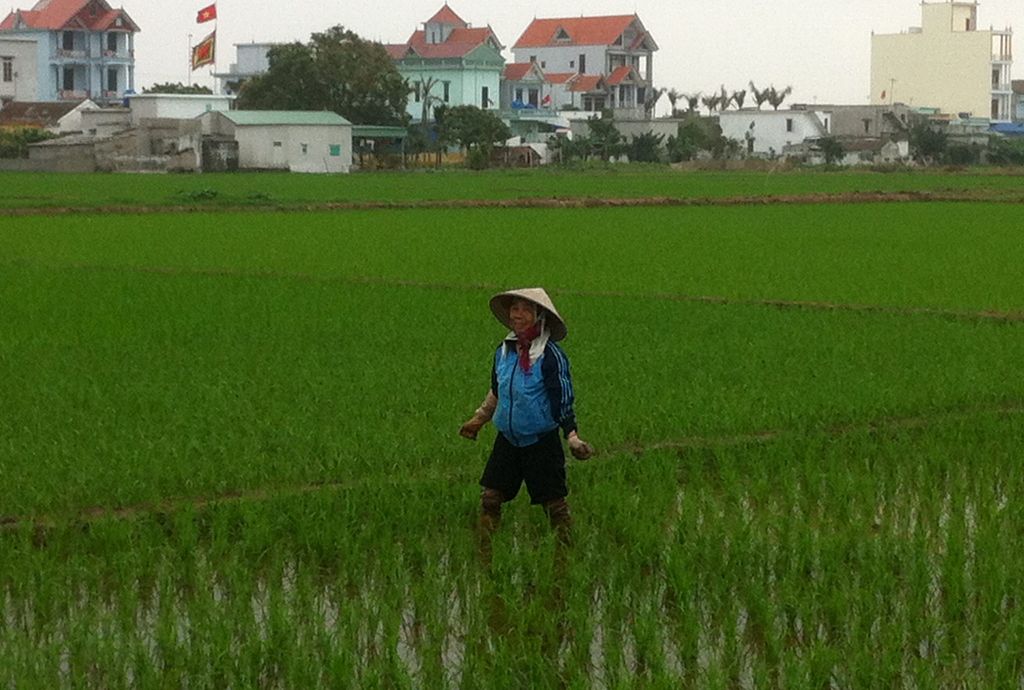 Back in the early 1990s Jerry and Monique Sternin were applying the ideas of positive deviance, developed in the study of nutrition, to the challenge of child malnourishment in rural Vietnam.  They sought out examples of ‘bright spots’ where mothers living in poverty were still able to effectively feed their children.  Working with local village organisations, these lessons were developed into a “community-based and owned pilot project that was successful in rehabilitating 93% of children and was subsequently scaled up to reach 5 million families in Vietnam”.  This is a hopeful and heart-warming story in itself.  I recommend the Sternins’ book to you.  But here we are just bumping elbows with it.

It is a sweet irony that Vietnam is now a remarkable bright spot for something else.  Vietnam has done astoundingly well in the struggle against Covid-19.  As I write there are 312 cases recorded for Vietnam.  Most of those are recovered.  There are zero deaths.  This in a country with a 1400 kilometre land border with southern China, a population of almost 100 million, and a per capita GDP (in purchasing power) that is about one eighth of that of the USA.  Might the numbers of cases and deaths be dodgy?  Perhaps.  Vietnam is an authoritarian one-party state.  But experts and observers in country seem confident that the numbers are sound.

In this blog I am going to focus on the Covid-19 bright spots.

The rudimentary table below shows bright spot countries and territories organised into three clumps and then, by way of contrast, a clump of large countries that have failed catastrophically. [I use the word catastrophe because both of its meanings apply.  It is a catastrophe in the sense it is a disaster for so many people and, in its complexity sense, the system goes to a different equilibrium and the previous equilibrium is not returned to, hundreds of thousands of lives have been lost and will not be recovered.]

There are bright spot territories where Covid-19 has been prevented from gaining a foothold in the community: Vietnam, Taiwan, Hong Kong, Thailand, Australia and New Zealand are examples.  So far these places have ‘crushed it.’

There are other countries which are bright spots because they have made comebacks.  They have suppressed and controlled one or more major outbreaks: examples include China, Singapore, South Korea, Japan, and Germany.

My third cluster of bright spots is countries that seem to have done very well despite being in political and economic crises.  By crikey, I did not expect this.  I give two examples here: Lebanon and Greece.  Basket cases that are doing well making do with the baskets they have.

The ‘lost-it’ group makes depressing reading and I fear there are many other nations that will join this list.  At present it is striking how many of these are very rich countries.  Of the group of the world’s seven largest rich countries, the G7, four are in the ‘lost-it’ clump: USA, France, UK, Italy.  Only three are missing: Germany, Canada (145 deaths per million) and China.

The complexity response to these bright spots is not to turn them into a prescription or seven key action points.  Instead we look for patterns and then wonder about how those patterns might flex or play out in very different contexts.

With this in mind, what marks out the ‘bright spots’?  Let’s start with the differences.  The diversity is striking: from poor to rich, totalitarian to democratic.  They also employed very different approaches: some focused more on testing and contact tracing (Taiwan, Hong Kong, South Korea); others on border closures, quarantines and forms of lock-downs (Vietnam, New Zealand, Australia).

There are also common patterns.  They all responded quickly.  The ones who ‘crushed it’ went early and went hard, in the words of New Zealand Prime Minister Jacinda Ardern.  They acted when there were very few cases and usually before any deaths.  This was either because they had been through SARs or other outbreaks (Vietnam, Taiwan, Hong Kong, Thailand, Singapore) or they saw what was happening elsewhere and were protected by being able to control their borders (Australia and New Zealand).  The ones that have clamped down on outbreaks responded quickly when they recognised their emerging problem.  South Korea is a stellar example here.  Some of the other examples will be debated with much more heat.

In addition to going early, most of these bright spot territories were able to act in concert with the support of their communities – whether they were democratic or authoritarian regimes.  They also acted in ways that were relevant to their contexts and cultures.

These territories and countries are resilient.  They may or may not be rich but they have public systems, redundancies and governance in place that mean they can respond when bad things happen.  These include accessible and workable health systems, functioning governments, good-enough public welfare or industry supports to enable them to weather the first wave of the economic crises.  All of these elements build resilience.

I am ignorant, but admiring and especially intrigued, at the success against the odds of the Greeks and Lebanese.  I look forward to learning more.

I also assume the bright spots probably got lucky.  I’m guessing this is a mixture of pure luck and making their luck.  It is a feature of resilience that luck favours the prepared state.

There is a great deal of pain in this crisis and there is much more pain to come in many other ways that will be novel.  For each evolution of the crisis we need to begin again.  There are no laurels to rest on.  And there is also hope and bright spots that provoke us to do things differently, and better, and learn as we go.

4 thoughts on “Diversity of positive deviance with Covid-19”