Self-organising power of simple stories: a report from Stormin’ Norman 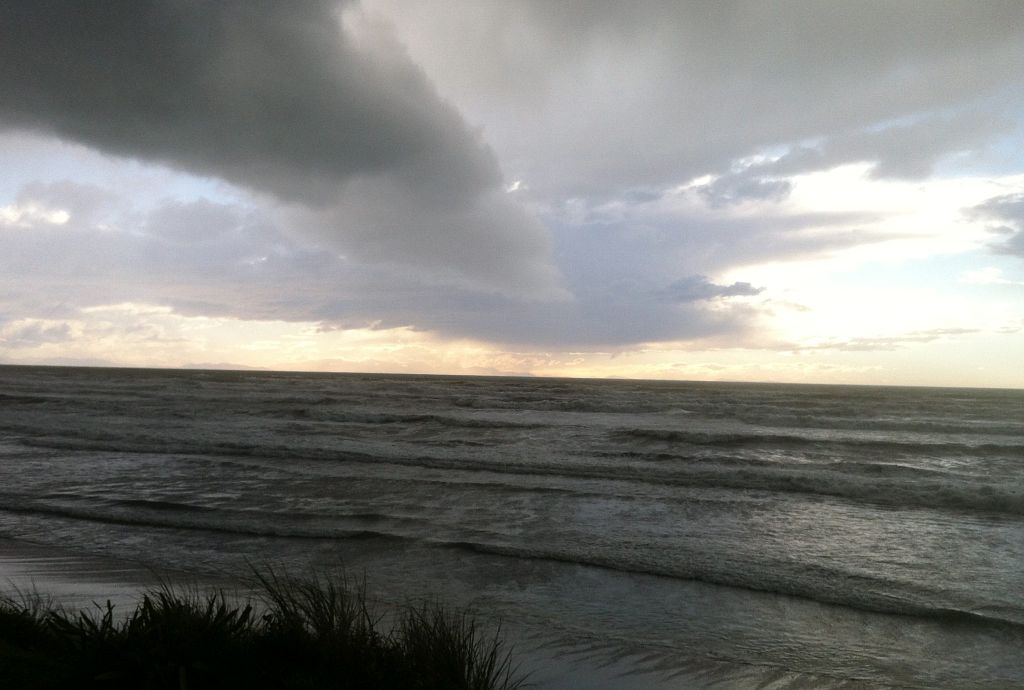 I had been trying to write a blog about the Mueller Report, and the ways simple narratives can be wrong in many ways but also be simple enough and right enough to be self-perpetuating.  Then Norman distracted me.

I keep a weather eye out for Normans.  Norman is my middle name; it was the name of my paternal grandfather.  Normans pop from my screen.  That is what happened with a story in the New York Times a couple of days ago.  It was datelined Norman, Oklahoma.  This was a Norman I have never met.

Norman, Okla, happens to be the site of the United States’ Storm Prediction Center.  Its director, Russell S. Scheider, was explaining storm prediction: “A lot of people would like to make it black and white.  It’s not.  The key to this is embracing the grayness.”

Now that popped for me too.  It closely echoed something I had read one story before but about something completely different and an ocean away.  It was a reflection on the killing of journalist Lyra McKee in Derry, Northern Ireland.   Each of these comments about uncertainty, lack of simplicity, greyness, resonated with my horror at the Sri Lankan bombings and my puzzling over the fallout from the Mueller Report.

Sinead O’Shea worked for five years in Derry making a film about dissident Republicans. Twenty one years on from the Good Friday peace accords, she writes, for some “the Troubles have never ended. Others forget the concept of the “peace process” in favour of simplistic narratives which insist that Northern Ireland is either at peace or at war, when the reality is more nuanced.”  More greys to embrace.

“A post-conflict society is messy. There are no winners. Everyone has lost. It’s nuanced and precarious and doesn’t work well for news headlines or political soundbites,” continues O’Shea.

Developing storms over the United States, post-conflict peacemaking, the intersecting ethnic and political faultlines in Sri Lanka, Trumpian politics, each of these is a complex adaptive system.  Sometimes patterned.  Never predictable with any confidence.  The past helps us see patterns but does not enable us to predict a specific future.

We make our stories black and white because that helps us make the world fit a simple narrative.  But these break.  Cultivating Leadership partner Jennifer Garvey Berger, in her new book Unlocking Leadership Mindtraps, writes about how simple stories can be powerful and helpful for leaders and also function as a mind trap when we face complexity and uncertainty.  These traps are hard to see and shut us down to possibilities.

Sinead O’Shea echoes this: “We’ve all been forced to review our understanding of news and facts in recent times. Brexit too has exposed the danger of spin, the failure of “black and white” narratives. The Northern Ireland issue is emblematic of this tendency, and cuts across the UK’s ideological divide. In recent years it could only exist as an uncomplicated good news story, if at all.”

Black and white narratives fail in the sense of not actually explaining the nuances of what is happening.  And they can also succeed in their simplicity.  Being wrong may not matter much.  Simple stories can cut through the noise in our lives and connect with the fundamental truths or fears, faiths or hopes that we already hold, or already hold us in their grip.  Simple stories can reassure us that all is in order.  All may not be well with the world but our fears are cohesive and shared by like-minded others.

This is what Trump banks on.  He assumes that his story will be simple enough, frightening enough, reassuring enough to his base that it does not matter that it might also be baloney.  The Trump approach is unprecedented because of its reliance on breaking things.  It is Mad MAGA.  It assumes: to Make America Great Again I have to break everything and so it does not matter that things do not make sense or are contradictory.  I have a bigger plan.  Trust me!

Within the Mad MAGA meta story Trump can claim the Mueller Report is a “total exoneration” and also “total bullshit”.  Exoneration because there was “no collusion and no obstruction”; total BS because it explains  that the worst stuff did not happen because of chaos and incompetence.  This meant that a conspiracy did not arise because the Trump campaign could not organize one, although they wanted to enjoy the benefits of Russian interference, and obstruction could not be finally established because, despite Trump wanting to obstruct the process of justice, his appointees blocked or ignored many of his efforts to obstruct.

In response to the Mueller Report we have seen the “just break stuff” simple story in full flight.  Some of the doubling down by the White House has been not so much black and white narratives but rather black is white.

Also on display has been the “Trump is so bad Mueller must find stuff” story.  Hope drove the expectation that there would be a conspiracy.  The evidence HAD to be there.  We have seen this hope many times before; the weapons of mass destruction HAD to be there in Iraq, for example.

Complexity theory reinforces the old political adage that most things that go wrong are more often cock-up* than conspiracy – more an accumulation of mistakes than colluding with nefarious intent.  Plotters conspire and fantasise and hope and often their conspiracies have so many interdependencies that they are impossible to implement effectively.  Looked at from the other end, after things have gone wrong, we see an accumulation of happenstance and errors as much as planning and scheming.

The Mueller Report reinforces this.  It is a rich combination of plotters’ hopes and farcical disorganization.  Here is where simplicity helps to keep stories alive.  Simplicity is part of what helps a story become a self-perpetuating basin of attraction – an explanation that organizes the system and develops a life of its own.

There are some reasons for this. Complexity is overwhelming.  Simple stories cut through.  They make sense.  They help explain.  They ring our bells by confirming our beliefs and connecting to our emotions.  They resonate with our fear, anger, or joy.  And, they provide a veneer of calm and order.

All of these simple elements, and the ways these connect with other like-minded or like-hearted stories, helps the narrative to become a self-organising system.  If these narratives are consistent enough and helpful enough we can cling on to them, long after they might creak with contradictions.

The Mad MAGA story may not get the President re-elected but it has proved to be remarkably resilient with 30 to 40 per cent of the US electorate.  There will also be conspiracy stories about Russian-Trump conspiracies, and what Vlad really has on Donald, that will last for the rest of my lifetime and beyond.

Political stories and community myths can last for lifetimes.  Storm prediction has a shorter feedback cycle however.  It quickly becomes clear if the forecasters got it right enough or not.  Politics and communities are much fuzzier over time and in their stories.  Myths are persistent.

One of the contradictions about simple stories is that they are usually wrong and resilient.  They are too black and white to explain real-life complexity well and yet they can survive so well in complex situations because they are simple enough to be able to be self-reinforcing.

What eludes us, thus far, are the self-organising stories of complexity and contradiction, the seductive explanatory power of nuance and not knowing.  Yet these are all around us in the storms and zephyrs of poetry, prose, and life.

* Cock-up. Noun. Informal, British. Something done badly or inefficiently. “We’ve made a total cock-up of it”