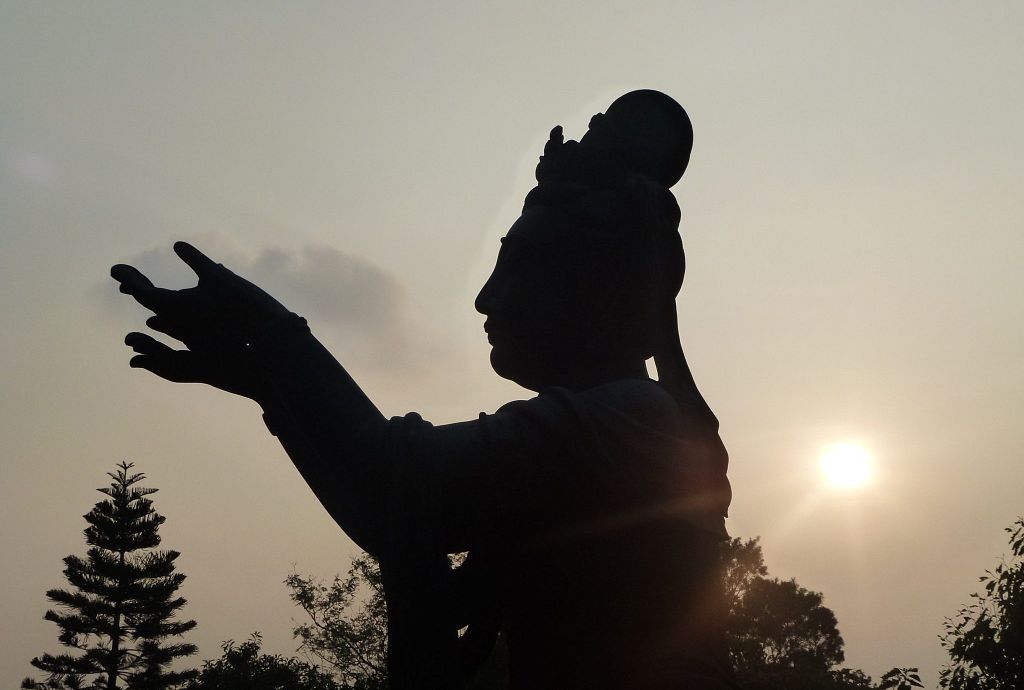 Remember my glitteringly clear biopsy? The “no malignant or suspicious cells” response I found so totally heartening? It turns out that the complete lack of any kind of cells other than fat cells has made my oncology team a little worried that they didn’t get a clear enough answer one way or the other. A phone call from my doctor this morning has plunged me back into the currents of uncertainty after a few days resting on the shoreline.

They are still quite convinced that the little lesion is benign. “No one is worried,” my doctor told me. “But we just want to be sure.” To “be sure” there are two choices. I could fly up to Auckland tomorrow and have a “core biopsy” which is a rougher and more invasive procedure than the Fine Needle Aspiration which didn’t give them enough cells to feel confident. Or I can wait a few months until I’m back in NZ and have it rescanned. If it hasn’t changed at all, they’ll feel good that it’s not cancer after all. “I’m happy with either decision,” my doctor said. “I guess it comes down to how you handle uncertainty.”

Ah, the ironies of this question. I make my living helping leaders and teams cope with uncertainty, complexity, and change. I help them consider what kind of issue they’re dealing with (is it predictable or unpredictable? Is it knowable or not?) and then to adjust their thinking and their process to the needs of the situation rather than what their habit or their psychology.

But it helps me remember that so many of our decisions are actually psychological decisions, and while “psychological” has the word “logical” in it, humans are not the logical creatures we believe ourselves to be. Even our logical centre, the neocortex, is steered by our emotions as we—without noticing it—make up rational reasons that our emotions are the way they are. We know that a sudden jump in adrenalin (via a shot) is enough to change the way you see a non-threatening stranger—but the language we use to describe that enhanced sense of threat is very logical indeed. It’s just that it’s post-hoc logic, based on emotion and we don’t notice the difference.

So the big question here: what is logic and what is emotion and what should I do about it?  Logically, if it is all the same to the doctors, then it makes way more sense to wait it out and have another scan in four months rather than an invasive biopsy tomorrow. And I have read the research on how test-happy we are and how many tests in the medical world are more a mark of our anxiety than our health requirements. And yet, the idea of the peace of mind of a clear biopsy coming next week is very attractive indeed.

But biopsies aren’t just in-the-moment things. They are painful in the moment, and then there are days of waiting to hear back. And the terror of the phone call to find out the results. And of course, the biopsy might come out the wrong way, or might be inconclusive again.

What do my theories tell me? This is a knowable question ultimately, but the knowing has a cost. The data I’ve collected so far all points to the fact that this is not cancerous. The two doctors who looked at the scan thought it wasn’t cancer. The biopsy showed no suspicious or malignant cells. The panel has looked at the biopsy and the scans, and they still believe it’s not cancer. But they want more certainty.

Doing nothing costs nothing but anxiety; the doctors think that a wait of a few months will have no impact on my health outcomes. But anxiety is not totally free. To have the biopsy costs money and time and pain and worry. But it might leave me clearer of worry after next week. Or it might not.

This is the world of the breast cancer patient—never an all clear, always a worry. One third of us will die of this disease at some point after diagnosis. But 100% of us will live with the thought of it, the scars of it, the embodied fear of it from the past and the worry of it in the future.

Tomorrow I think I will skip the plane and the biopsy. I will curl up in front of the fire on my last day in New Zealand. I will drink cups of tea with dear friends. My doctors believe this is a “balanced decision” and have assured me that this will have no impact on my life expectancy. It will only have an impact on my tolerance for uncertainty. I’m not sure there’s any scan in the world that will judge the growing or shrinking of that tolerance. Only time is the meter for that.