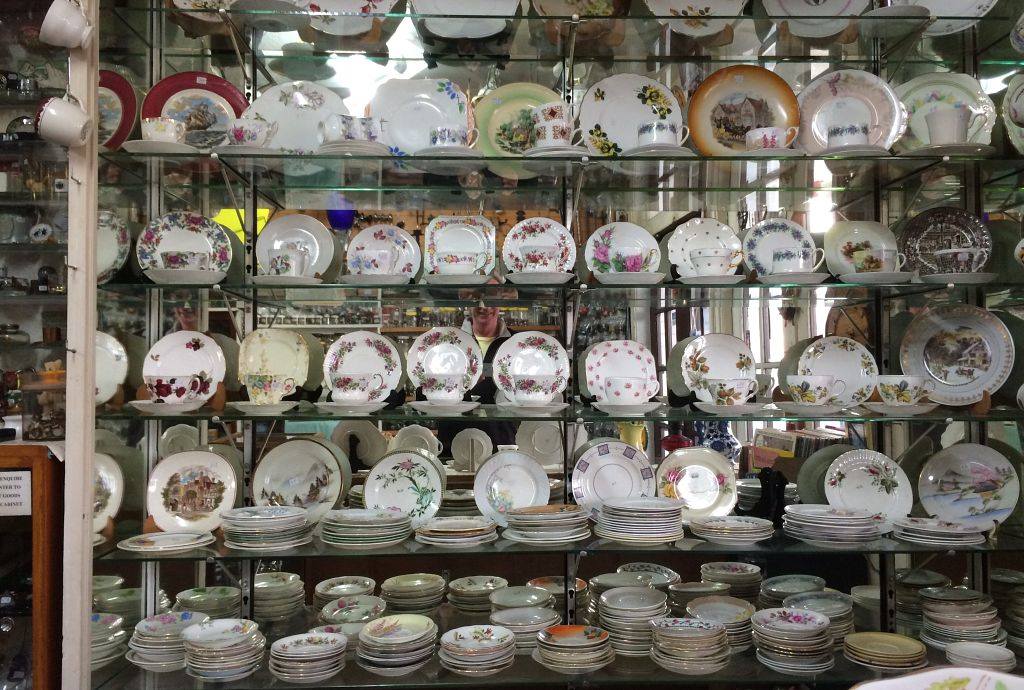 Perhaps, in a distracted multi-media age, we are hamstrung by sentence structure and narrative conventions, lockstepping subjects, objects, and verbs rather than scattershot volleys of loosely associated nouns, or AAMOF I FACK PEBKAC[1], watching videos fast forward, fine china, Cuba, split screen viewing, myths of multi-tasking: Are you still with me?

Sorry, my opening sentence was a mish-mashed mess.  I was deliberately being distracting about distractions.

Despite my discursions, and while I am known in conversation to be like an old-time chain smoker and not finishing one stubby thought before lighting the next one, with a packet of used butts and dependent clauses appended, I still struggle to throw sentence and narrative structure out the window completely.

The distraction topic came to me last week (but then Brexit and other things captured my attention!).  I was driven to distraction, so to speak, by an article in the Washington Post from Jeff Guo about watching videos at up to double the speed.

Guo argues that his approach is firstly an efficiency measure.  With more than 400 scripted series produced last year in the US, almost double the number from 2009, Guo contends there is no longer enough time to watch things at their normal (or recorded) speed.  He also argues “the jokes come faster and seem to hit harder” and “the faster pace makes it easier to appreciate the flow of the plot and the structure of the scenes.”

“As I’ve come to consume all my television on my computer, I’ve developed other habits, too. I don’t watch linearly anymore; I often scrub back and forth to savor complex scenes or to skim over slow ones. In other words, I watch television like I read a book. I jump around. I re-read. Sometimes I speed up. Sometimes I slow down.”

In Guo’s view, watching videos is becoming “a solitary, self-paced act” and this is a liberation, echoing “what happened to literature when we stopped reading aloud, together, and started reading silently, alone.”

Well, maybe.  Or maybe it is a kind of madness.  Our liberation can also turn out to be a bull in the china shop of convention.  We can end up with freedom and/or broken crockery.  What is the cost to us in watching at between 1.5 and double time?

Here is where we go to Cuba.  Back in the 1980s, my wife, Trish, and I went to the movies in Havana.  We went to the cinema near the Habana Libre, bought our tickets, and, when we asked about when the movie started they just waved us in.  There was no start and no end as such.  People went in and sat down whenever they arrived, which seemed appropriate in a country that had perfected the art of queuing.  They would watch the movie through the ending and the beginning up until the point when they had arrived and then they would get up and leave.  I was puzzled then about narrative structure and what happened to the idea of a story with a beginning, a middle, and an ending.  Now I wonder about the effects on mood and narrative and story development when watching at double time.

For me viewing fast sits alongside the practice of viewing on multiple devices and split screens and being in meetings with people who are “multi-tasking.”  To be fair, this is not Guo’s point.  He is engaging with one narrative at speed and perhaps moving back and forth within the narrative.  I am assuming that people who are more open to fast-forward viewing will also be more likely to watch multiple devices at once and be in meetings while also doing their emails and texting.

I do the latter.  I find the possibilities of checking more things more often is seductive.  At the same time, I know that multi-tasking is a myth.  The research is clear.  I cannot multi task (and it is not just because I am male); none of us can.  All we can do is switch backwards and forwards between things at a faster and faster rate.

If we are operating at fast-forward speed, when do we get to reflect?  Is it only when we are in the shower or when we go to the toilet?  No, we take devices with us more and more, alas.

I was speaking at a conference of leadership specialists at a large US corporation recently and they were reflecting on the challenge of having their people take time to learn.  This company is renowned global for the radical innovations created by its business model.  There is a great demand for staff to increase their skills and an even greater demand to work under intense pressure.  There is no time to reflect.

The idea I was exploring was whether the three habits of mind in our book Simple Habits for Complex Times could be used as micro-pauses to enable reflection in the moment.  Even under pressure, might we stop and breathe and ask a different question or take someone else’s perspective or wonder about a bigger view of the system.

In the moment is there a chance to create a little more space?   Can we take these micro spaces to reflect and breath and perhaps even think a different thought? Can we hit pause and reflect rather than cramming twice the content into the video of our lives?