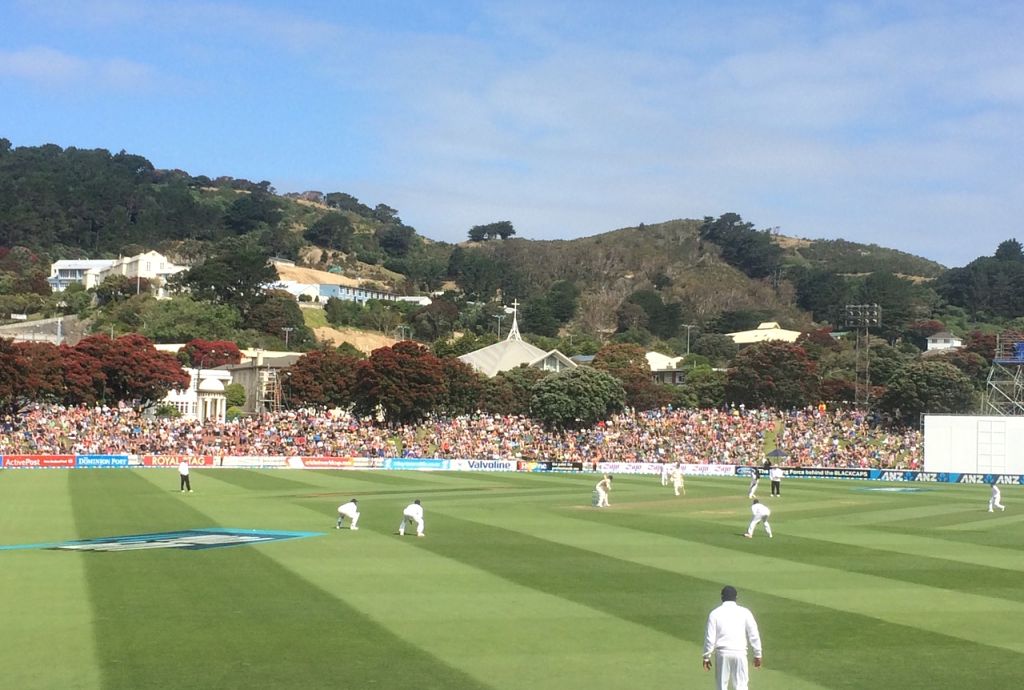 Cricket is one of the most perplexing of games, especially in its long form where matches between countries run for up to five days and often end without a result. One of the confusions for the uninitiated is that despite the game going on for days on end there is no simple answer to the question: who is winning?

I have been pondering this during January as we are in the height of the cricket season here in the southern hemisphere. Sitting under the flowering pohutukawa trees at Wellington’s Basin Reserve recently watching a ‘test’ match between Sri Lanka and New Zealand, I was musing, as one does, about the way the game oscillates between basins of attraction in a complexity sense. Earlier in my life I used to think of test cricket as being like a Shakespearian drama. Now it seems more like life in complexity.

The play is patterned but highly unpredictable. There are rituals and structures to the game and there can be long periods where one team is dominant but this can change, at first imperceptibly with small changes in the situation and then with the small changes adding up to a dramatic shift to a very different pattern or basin of attraction where the other team is on top – on top, but not exactly winning.

In reality all sports are played in the complex domain. If we know who is going to win there is very little interest in the contest. Cheating, doping, and match-fixing are scourges of modern sport because they undermine the notion that the game is played on an even field to agreed rules between contestants that are closely-enough matched and a winner cannot be predicted with certainty in advance. The thrill of the possibility of your team triumphing (no matter how large the odds) draws masses of watchers and also many opportunities for gambling on the outcomes.

The beauties (and perhaps boredoms for many) of five-day cricket matches arise because of the length of time involved and the way this enables the slow evolving of the game from one team, or even individuals, being dominant to another or, even more exciting, sudden and dramatic shifts in fortune – a long dominant batting partnership that has led the team batting to seem to be in control of the match can fall apart with both batters losing their wickets (being given out) quickly and then other new batters falling and suddenly the fielding team might be in the ascendancy.

These days all this can be relived through action replays. As a child, watching cricket live, nothing exciting might happen for hours and then, just as I was under the grandstand going to the toilet or buying a soft drink, there would be a thunderous roar from the crowd and the key event of the day would have happened in my absence. I would scamper back up the stairs asking people what had gone on. I guess this serves as a metaphor for much of life in the complex domain – we just hear the roar from the nearby crowd and we are scrabbling up the stairs to catch up with what it might mean.

Cricket is statistics-laden in the same way baseball is. Now with greater computing power and big data we have the arrival of the WASP – the Winning And Score Predictor. For international games that take just one day to play, this computer model takes all the data from all previous games between countries and calculates the most likely score and outcome from at whatever point we are at in the game. There is now much media and blogosphere delight whenever the WASP is wrong. It usually is, of course, because the game is complex and the WASP is misnamed as being a predictor of outcomes. All the WASP is saying is that this is the current probability of success based on past games. It is the improbability of success that, at any one time, at least one set of fans is hanging out for. They are rewarded just often enough with improbable delights that they keep coming back for more.

One thought on “Cricket”