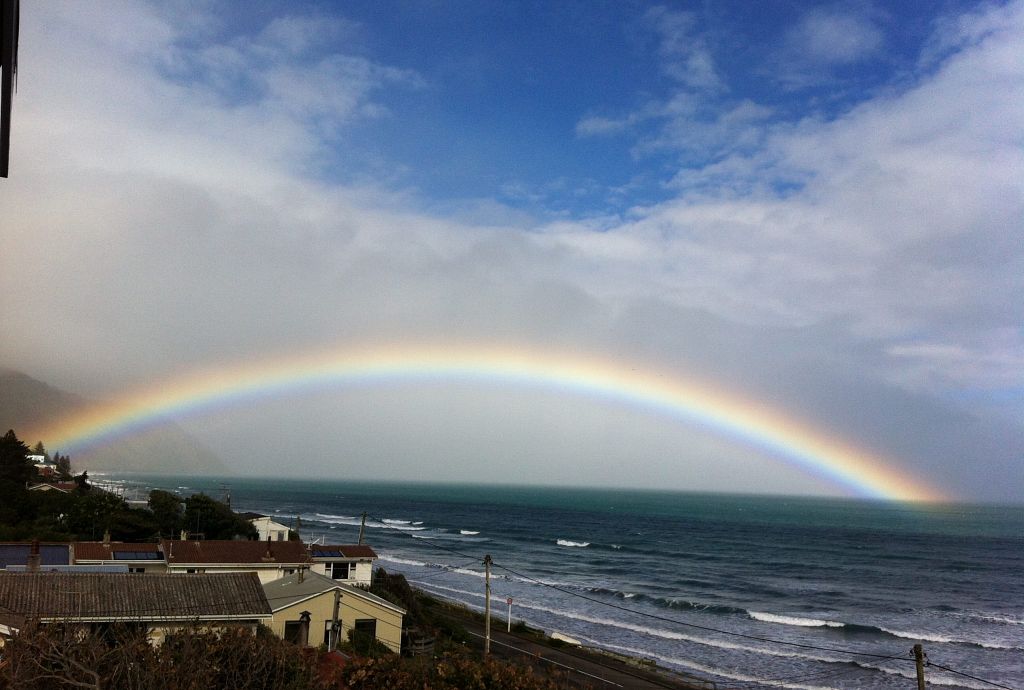 In the tumult of the last few months, I have turned more and more often to old and orderly fiction to soothe myself (a pursuit in which I apparently have company). After meandering through all of Jane Austen, I jumped forward a century and reread E. M. Forster’s Howards End, which might be less bitingly funny than Austen, but was filled with ideas that soothed and supported me in the darkness that has come upon us.

I turned to Howards End in great part because of the “only connect” idea I associate so strongly with it, but I was struck anew at the words that give shape to that idea. In my memory, the “Only connect!” was about connecting to one another, because in so many ways the story is about the connections and mis-connections between us. I picked up the novel in the first place because I had the sense that the healing we need to do, globally, was in part about connecting with those who have vastly different philosophies.

But the Only connect! of Howards End is more subtle than I remembered; that particular passage is more about connecting the disparate and contradictory fragments inside us rather than connecting those outside. Forster writes:

Mature as he was, she might yet be able to help him to the building of the rainbow bridge that should connect the prose in us with the passion. Without it we are meaningless fragments, half monks, half beasts, unconnected arches that have never joined into a man. With it love is born, and alights on the highest curve, glowing against the grey, sober against the fire. Happy the man who sees from either aspect the glory of these outspread wings. The roads of his soul lie clear, and he and his friends shall find easy-going.

She would only point out the salvation that was latent in his own soul, and in the soul of every man. Only connect! That was the whole of her sermon. Only connect the prose and the passion, and both will be exalted, and human love will be seen at its height. Live in fragments no longer. Only connect, and the beast and the monk, robbed of the isolation that is life to either, will die.

We are watching in the US political sphere the weird disconnection of prose from passion. The prose of the bureaucracy, the way it walks us thoughtfully through an often-passionless path, is looking less like drudgery and more like a long lost child on the back of a milk carton, beloved and achingly absent. I know I am longing for some of the sensibility that diplomatic channels and careful reviews of policy create, much less the simple straight forward world of the actual fact.

And yet there were enough people who were called by Trump’s unfettered passion that he seems to be President. Here we have the “half beast,” perhaps, that Forster warns us about; surely what we see is someone disconnected and living in fragments. Trump’s constant shrieking at us from the twitterspere makes him more of an Australian cockatoo than tweeting songbird to my ears, but with the poisonous power of a box jellyfish.

What would it mean to Only Connect the prose to the passion right now? Some of Trump’s messages have passionate potential for good—about supporting those whom this recent prosperity has left behind, about the way globalization has unacknowledged winners and losers, about how the world is so bewilderingly complex these days that people crave any simple answer from a leader who says “I alone can help you.” If he connected the prose and the passion there, perhaps something good could emerge next.

I wish I were more hopeful.

So perhaps it is for us to connect our prose and passion together. To take to the streets and hold signs in airports when injustice is done to innocents. And to use the well-worn channels of government (like the so-called judiciary) as the supports they were meant to be.

So here, gentle reader, is my question for you: What are you doing that connects the prose and the passion, that uses those “rainbow arches” between the two of them to create love, “glowing against the grey, sober against the fire”? Because surely that is what we are most called to now—connect the prose and the passion and create love in a world that teeters—on both sides of the disconnected rainbow—toward isolation and destruction. Our focus at Cultivating Leadership these days is on small moves that make a big difference. Increasing this connection, increasing love—small moves that do that seem to have great potential. Only connect. Then shall the roads of our soul lie clear, and we and our friends shall find easy-going.