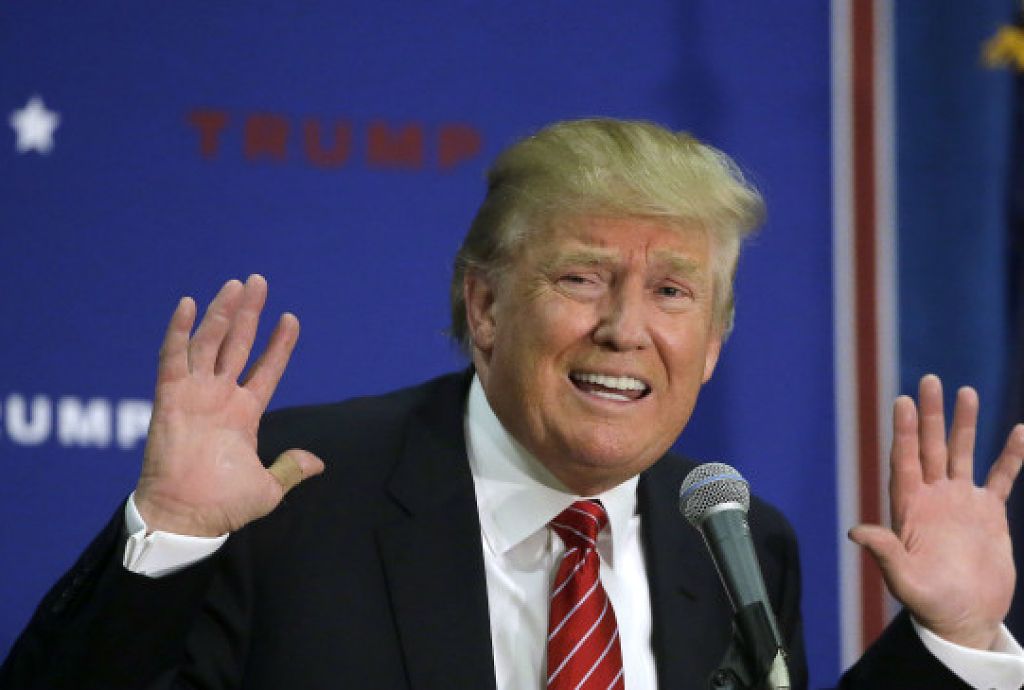 Donald Trump’s first seven days as US President has something to teach us about small moves.

Trump spent lots of time making lots of noise about the numbers of people who loved him.  He repeatedly insisted that many more people came to his inauguration than the data suggested and that many more people would have voted for him if he had really tried or there had not been so much fraudulent voting, for which there is no evidence at all.

Beyond this sound and fury signifying very little, he was signing half a dozen executive orders.  While these were paraded by Trump as big moves, most assessments noted that they could not be expected to deliver what they were aimed at.  I have been pondering how much these orders were instead either what we call small moves or were perhaps just to show intent and to be seen to be doing something in a hurry.

One of the actions leaders seek to take in complex situations, where there is no right answer and they cannot control matters, is to make small moves and see how the present system responds.  Only by observing the present system and trying things out, can people gain a clearer understanding of what is happening now and what might work in the future.

When some of these small moves seem to be working they lead to reinforcing feedback loops.  The moves get admired and emulated and others join in to repeat this success.  Momentum grows.  In complexity theory, the aim is to create a new ‘basin of attraction’ where the change becomes self-reinforcing and self-sustaining.

These are not small issues.  In fact, the orders are both bigly and ugly.  They are based on lies and distorted realities although they are consistent with what he promised through the election campaign.

How might Trump’s orders actually be small moves?  In themselves, most of the orders do not do much.  An executive order will not end Obamacare (that takes changes in legislation), or build a wall (that takes money from Congress).  They are first steps, as a Trump spokeswoman, Sarah Huckabee Sanders, acknowledged:  “We’re taking the first steps to get it done, with the understanding that some of these things may be a process, but you have to begin the process and that’s what he’s doing — taking bold action and doing everything he can to make sure these things happen.”

In the case of Obamacare, I can imagine Trump might hope that the executive order would cause states and other managers to walk away from the scheme and would also reduce confidence in the insurance market.  He might imagine that these changes will lead to Obamacare becoming more vulnerable and therefore repeal will make more sense to a wider group of people.  The replacement options might seem more attractive.  In the case of the pipelines, a diktat that they must all be built using American-made steel might be in in breach of World Trade Organization rules but, so what?  It would take years to reverse that in the WTO tribunal and those are years for US steelmakers and unionists to sing the praises of the president.

This points to the second reason for the executive orders: large or small, they send a message to Trump’s base that he is working for them.  These are symbols that The Donald is working for them whatever the ‘elite’ might say about whether these steps will actually work.

On the surface, these orders might look like examples of small moves.  But many elements seem to be missing.  Firstly, Trump has often focused on the wrong problem.  He has shown no understanding of the structural problems in the US health system that Obamacare was aimed at solving; immigrants and refugees have lower crime rates than US citizens; terrorist activity in the US has almost always involved US citizens or residents or, in the case of 9/11, people from Saudi Arabia which has not been put on the schedule of restricted countries. The list of illogicalities and loopy definitions of the problem is a very long one.  But these loopy definitions are the legends of Trump’s base and are often his creations; they have paved his route to power.  Loopy problem definitions lead to loopy responses.

Secondly, Trump shows no curiosity.  He shows no sense that he is trying small moves to learn how the system is presently operating and what might work or what might not.  He knows the answers and he is on his way.

The opposite of learning from small moves is rallying around the flag.  This is a third sign that these are not small moves to explore a complex system.  Here Trump is focused on showing his base that he is their man, and setting up Congress to change laws and vote large amounts of money for his schemes, or else.

During the election campaign in late September, writing in The Atlantic, Salena Zito made the memorable observation that when Trump made an outrageous claim that was demonstrably false: “the press takes him literally, but not seriously; his supporters take him seriously, but not literally.”

It turns out that Trump needs to be taken literally AND seriously.  He is serious about trying stuff and he will try the things that he said he would, when many people thought he was just mouthing off.  However, he is not the Experimenter-in-Chief.  He is too incurious and certain for that.  He is too focused on solving non-existent or wrong parts of the problem.  He is more the Shaker-in-Chief.  Shake things up and then folks can figure out what to do next.  He revels in the chaos and confusion that is created – or at least the attention it generates.