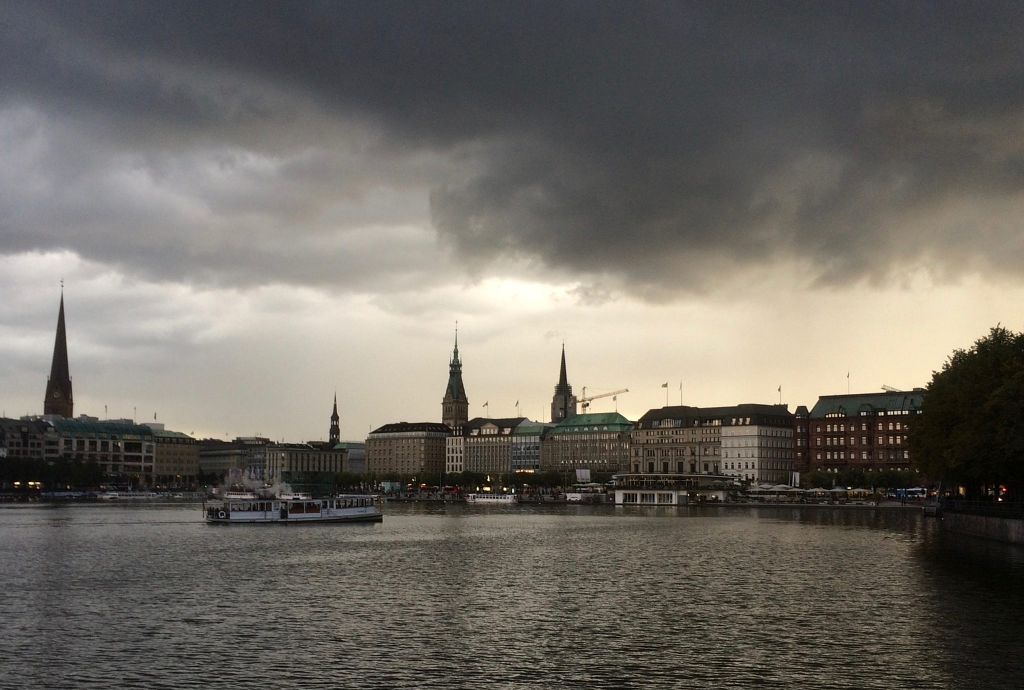 When meditating or seeking to be present we are often encouraged to notice our thoughts and, rather than being caught in them, to see them as clouds passing across the sky.  Arising and ceasing, evanescent, impermanent.

We can meditate on our breathing, in and out, or on the sounds we hear about us, or even the pain we feel in our knees or elsewhere and how it comes and goes.  Sometimes we get caught by it and sometimes we can feel it and also see it moving about and changing.

In our work with leaders we encourage them to get on the balcony and to be able to see the ways they are tugged to and fro by their own reactivity.

Now we have a new object for meditation: the tweets of President-elect Trump.  We can be caught by them or we can watch them arise and cease.  We can use them and our reactions to them as markers of impermanence.

Oddly, this reminds me of Chairman Mao and the Cultural Revolution.  In those dark days we had the Little Red Book – Quotations from Chairman Mao Tse-Tung.  There was a pithy aphorism fit for parroting for any occasion.  There was also an industry of Sinologists, many of them based in Hong Kong, following every nod and wink and each whiff of smoke and sparkle of mirrors emitted by the Chinese leadership.  What did it all mean?  Was that an errant tea leaf or a geopolitical realignment?

In recent weeks I have read lengthy analysis in the New York Times of the many possible interpretations of Trump’s tweet on strengthening nuclear capabilities.  I have heard a BBC journalist offer four explanations on three words from Trump: “It won’t happen!”  Trump was opining on the North Korean leader’s hopes for long-range nuclear missiles.  We have seen company share prices spike down and up on the strength of pre-presidential tweets.  There is an industry of Trumpologists sorting tweets from tealeaves.

David Brooks suggests that this could be a Snapchat presidency.  He says we should not be treating Trump’s tweets as declarations of policy, supported by in-depth consideration of options and implications.  Instead the tweets “exist to win attention at the moment, but then they disappear.” Impermanence.

As Brooks says, “Trump’s statements seem to spring spontaneously from his middle-of-night feelings. They are astoundingly ambiguous and defy interpretation.”  Like Buddhist koans they don’t need to really mean anything but instead to play with our mind.  What is the sound of one narcissist clapping for himself?

As a meditation object these tweets are perfect.  They arise and cease like clouds across the sky.  With them comes our own reactivity.  We are triggered, outraged, hopeful, indignant, amused, all of the above.  We can watch all this in ourselves too.  More clouds across our skies.

Trump is generous in this regard.  He gives us reminders of impermanence, and our own reactivity, usually more than once a day.  Like an app on our phones pinging us regularly to to be mindful, now we have an Impermanator-in-Chief.  It seems every passing cloud has a silver lining.