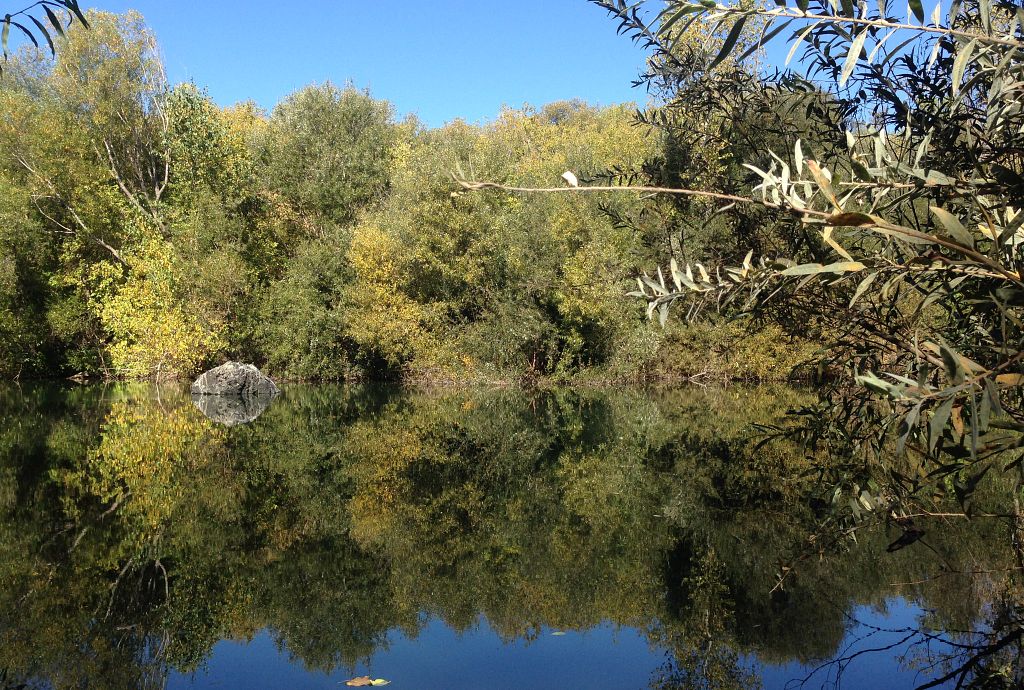 Readers might notice I’m in sort of a frenzy about Trump and what he’s doing to ramp up the feedbacks of fear and hatred that live in all of us in one way or another. And I have been wondering and wondering what complexity theory adds to our understanding of this terrifying problem (although I agree with Murray that complexity is clearly not enough). Reading this compelling thought piece by Anand Giridharadas  has helped me think about the ways a complexity approach might help us find a new way through.

Giridharadas shows us the way that Trump isn’t even the real problem—mostly we don’t believe he can be elected and use the position of president to carry out his hateful plans. It is that Trump has connected with a stream of people who have been believing these things quietly for years. Giridharadas writes, “And yet the man, that night, struck me as far less important than the roar of the crowd that greeted him.”

Journalists and others have been talking about the way Trump has found a way to give voice to the voiceless. “Even if Trump leaves the stage by springtime, he has galvanized, gathered and given voice to all these Americans.”

In my dark days I can have quite a simple reaction to these ideas: the Trump supporters were quietly seething in hatred and xenophobia and then Trump came along and gave voice to them. There is probably some truth in this frightening idea, but complexity theory offers another view and perhaps some hope in the face of the madness.

There is no “true nature” of something in complexity. We are bundles of possibilities, and those possibilities are enabled or constrained by our circumstance. I sometimes find this idea frightening—sometimes I long for the centre of a problem or a person. Right now, though, I’m finding it incredibly heartening that there’s no “true nature” of these Trump supporters. Instead, Trump is creating a context that brings out particular possibilities in fearful and disenfranchised people. The context was primed by the rising inequity in US society, by the disappearance of decent jobs for those without a college education, and by the shrinking of the middle class. (Ironically Trump supporters are mostly people who could not afford to venture into any of the places with “Trump” emblazoned on the side). The ease with which he has connected with these folks shows their hunger for someone who speaks in bold language about keeping them safe, making America great again, solving the intractable issues of the day (even with seemingly farcical suggestions like solving the Israeli/Palestine conflict in a few weeks through his sheer charisma and common sense).

Inside humans there are forces for good and evil, for circling in small, xenophobic clusters or for reaching out to those in misfortune on the other side of the planet. Trump has found a way to mobilise the worst of our inner impulses, and he so doing he has given us some clues to the American system that might be helpful.

Many Americans are afraid. Many Americans are angry over the way their opportunities are shrinking in ways that seem horribly unfair. Our physiology ramps up our fears and anger and creates a blaming, xenophobic reflex. When people are afraid, they need their leaders to listen to them, to connect with them, and to offer reassurance. We can offer them reassurance in a violent Rambo way; we can offer reassurance in a protective build-a-wall-and-close-the-borders way. Or we can see whether there are ways to connect to our fear and also our bigness as human beings who love our children and who have stores of compassion and love we never deplete.

Perhaps it was President Obama who said this most effectively, after a different mass shooting in 2011 (where Representative Gabrielle Giffords and 18 others were shot in Tuscon Arizona): “What we can’t do is use this tragedy as one more occasion to turn on one another,” Mr. Obama said then. “Rather than pointing fingers or assigning blame, let us use this occasion to expand our moral imaginations, to listen to each other more carefully, to sharpen our instincts for empathy, and remind ourselves of all the ways our hopes and dreams are bound together.”

There is no true nature of Trump or his supporters. Trump has not given voice to the truth of these people; he has created an attractor for some base emotions that probably all of us can touch in ourselves in some frightening moment. (I notice that in myself I have urges to silence Trump himself, and if I could, I might even want to make him and his message illegal—surely a similar phenomenon about silencing something that terrifies me.) But we also have deep stores of human goodness as well, even when we are disenfranchised, even when life has been unfair. The leaders whose names we remember in history are those who either ramped up all that was horrible in human nature or all that was beautiful in us. Trump is a reminder that those dark forces live in all of us, and that leadership—true leadership—is the capacity to listen into the deep fear and unhappiness within the present system and take the harder path of moving us from fear to love.