Why the Practice of Inclusive Masculinity Matters 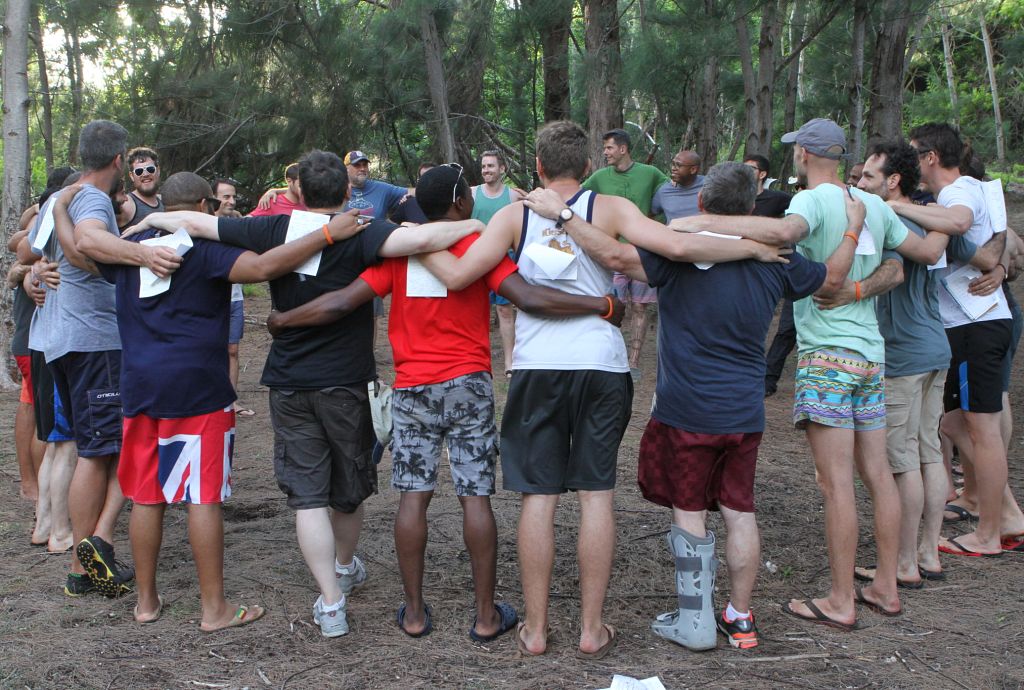 When I was an undergrad at a Christian university in Jamaica, I witnessed a large group of male students physically assaulting four other male students. The four students were my next-door neighbors in the dorm. The attackers had batons, other types of weapons, and, I heard later, a gun. The four students survived this incident. And by that I mean they did not die. I have no doubt, though, that the experience left psychological scars. You might be wondering why these students violently attacked our peers in their sleep. It had been floating around campus that the four students were gay. And being gay was not allowed, especially in a Christian country on a Christian campus. As a society, we had (and still have) a perspective and a simple story that being gay is morally wrong. One of the dangers of holding this perspective is that some people take it as their duty to right this moral wrong and often with violence.

A little over a decade after this incident, I hosted a group of over 30 men on a private island in Bermuda. I called it the Braveheart Retreat. Watch a Pecha Kucha talk about it here. And no, despite what the name may suggests (the historic movie featuring William Wallace going into battle against England), these men did not have weapons. They were not attacking each other. They could have though, and out in the real world, perhaps they did. That is because about half the men on the island identified as gay or bi-sexual and the other half identified as straight. As we sat around a blazing campfire on the first night, I could sense their (and my) curiosity and skepticism about what was about to happen. However, as we progressed throughout that first night, it occurred to me that the space, this gathering of men was special, sacred. Many of the gay men talked about the weekend being the first time they felt included, loved, and respected by straight men. The straight men admitted to not ever imagining that being with gay men would have been so comfortable, fun, and transformative for them. What we did over those 3 days was to privilege love and connection over fear and separation.

A few weeks ago, I concluded a 6-session inclusive masculinity men’s group. There were five white men aged 55 and over and four black men aged 55 and under. The men came from Barbados, Bermuda, Kenya, New Zealand, and the U.S. The primary purpose for convening this group was to explore how we dominate other groups and subordinate our own. Many of the men were initially anxious about engaging in these topics with men who were different than them. We had some difficult conversations about race, oppression, and power. Throughout the sessions, I experienced the men as open, engaged, and curious. In fact, the depth of their openness and connection still resonates with me as I write this blog.

Where am I going with all of this? GQ Magazine just published its latest issue with the theme, The New Masculinity. Pharrell, the musician, is on the cover and was interviewed for the issue. One of the questions the interviewer asked him was, “When we said, ‘Hey, we want you to be on the cover of the New Masculinity Issue,’ why did you say yes?” Pharrell responded with, “Well, when it comes to having this conversation, I don’t necessarily know that the masculinity is new as much as the conversation is new.” I had to think about that. Perhaps neither the masculinity nor the conversation is new. What seems different and new is that we are now talking more about toxic and healthy expressions of masculinities than we used to. We are also doing much more than talking about them. More of us are facilitating men’s groups, hosting men’s retreats, and coaching male leaders than a few decades ago. Adult development has much to offer in this effort to shift from toxic and violent expressions of masculinity to healthy and inclusive ones. Jennifer’s inquiry into how adult development might help groups and communities grow and thrive has implications here for how large systems like entire cultures could evolve. You can read more here, here, and here.

For example, I agree with my colleague Carolyn that supporting the development of more younger women into self-authorship and the systemic adoption of a soft of feminine power or power-to can help shift gender imbalance. And I do not believe that we can accomplish inclusion or gender equality without also advancing the developmental maturity of men. Why? Generally, we men are in over our heads in attempting to bring about gender equality if we operate at the same (conventional) level at which we practiced or condoned gender inequality. Advancing developmentally to post-conventional levels or self-authorship and self-transforming stages helps us to shift towards a more inclusive, integrated, and interconnected perspective. Our view and experience of the other shift from seeing them as enemies, competitors, helpers, and outsiders to friends, collaborators, partners, and insiders.  If we have not matured (or experienced real shifts in our worldviews and experience of the other), our support of diversity, (gender) equality, equity, and inclusion might only be superficial and short-lived. The practice of inclusion requires the capacity to see others and their differences – identity and perspective – as valid and to genuinely welcome and celebrate them. And the capability to see and accept the differences of others correlates with developmental maturity and the practice of inclusive masculinity.

Inclusive Masculinity is a step towards discovering and promoting ways of being where men love privately and publicly across all types of differences, including social identity differences. When male leaders practice inclusive masculinity, they shift from hyper-individualism, great man leadership, and a culture of dominance towards the sustained embodied practice of deep relational connection, shared leadership, and mutuality. I would like to see more of this.

I have been wondering for some years now about the developmental potential that exist when men engage across social identity differences or make contact with the other. Over the years, I have attempted to discover some answers to this wondering. One of the things I have observed is some men deny themselves the benefits of connection out of fear that others do not want to connect with them, that they lack the necessary skills (e.g. the correct gender pronouns to use), and that there are just too many obstacles and costs (e.g. power status and vulnerability). Some men also feel ashamed about the past actions of their racial, gender, and class groups. Another thing that I have observed is that when these men are supported around their fears and concerns, many of them dare to connect and to develop. If men are not supported with these concerns, we maximize the potential for more separation, inequality, and violence – psychological and physical. I don’t know about you, but I have experienced enough of that. Now is the time to cultivate our expansive capacity to express unrealized levels of deep compassion, curiosity, and connection.

If you have read this blog all the way to this point, thank you. And I have a request. As I continue to develop my thinking about inclusive masculinity, I would love to hear from you.

If you identify as a man, how do you practice inclusion? How might you become more inclusive? How do you connect with others who are different than you? If nothing comes to mind, ask 2-3 people who you live and work with.

As a woman, what makes an inclusive man? What have you observed? How might we support the development of inclusive masculinity?

2 thoughts on “Why the Practice of Inclusive Masculinity Matters”