The complexity of engaging across differences 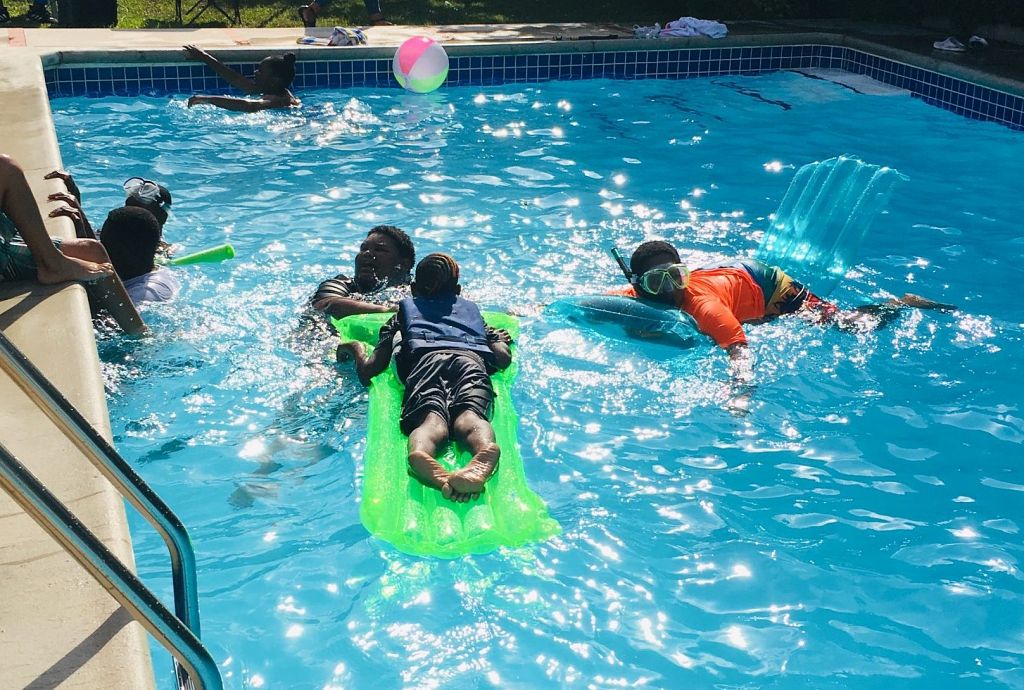 A friend recently asked my 12-year-old son, “What are you most proud of about yourself?” She said he paused for about 5 seconds then responded with, “Although I was born different, I fit in everywhere.” She was impressed. I was surprised. I was surprised at his response because my son lives with cerebral palsy and is constantly bombarded by stares, questions about why he walks and talks ‘funny’, and claims that he is half his age because of his small size. Another parent once asked his mom, “Is he retarded?” while he was standing right next to them. The most recent behavior he puts up with is many people using female pronouns when referring to him. One likely reason for this assumption is that he grows, plaits, and colors his hair (with at least 3 colors that match the flag of whatever country he’s in).  He’s a cool kid.

My son is not like anyone else. He reminds me of that all the time. At the same time, like many of us, he wants to belong. This is one of the paradoxes of diversity – I am like no other person. I am like some people. I am like all people. We have an evolving sense of individuality, of our differences, as well as of our similarities and interconnectedness.

Wanting to belong is especially true for those of us whose current developmental home, or center of gravity, is in a pre-conventional stage or makes meaning from the socialized form of mind. Irrespective of where we are on our developmental journey, belonging often demands a high cost from those who seek it.

A few months ago, my son went to his best friend’s pool party. He was in the pool on a floating device because he cannot swim. One of the boys pushed him off. He panicked. He was sinking and sucking in water fast. His best friend reacted quickly to pull him out of the water. He was both scared and angry. He told me later that he thought he was about to meet his “Maker.” He was angry with the boy who pushed him overboard. After he calmed down, he went right back in the pool. The young man apologized. My son ignored him and stayed far from him for the rest of the time.

How many of us have been hurt through our efforts to belong? How many are still hurting? If most people in society make meaning from the socialized form of mind, then it is likely that many people in organizations and institutions experience what I am calling here a kind of “social wounding”. By social wounding, I mean the emotional and psychological hurt people experience when members of a social group reject,other, or exclude them because of their difference.

I recently watched the film, Girl, on Netflix that depicts a teenager’s journey to transition from a male body to a female body because, for her, that was the body that matched her gender. In one painful scene, she was at a sleepover with some other girls from her school. She had not fully transitioned yet, but was getting ready for her surgery. The other girls knew she still had a penis. A few of them demanded that she showed it to them. She resisted for a while, being embarrassed about having a male body. With tears in her eyes, she gave in to the pressure and her desire to fit in. She left the party early, went home, and cut off her penis. I suspect that the emotional pain from the social wounding was just as severe as the physical pain she endured after cutting off her genitalia. Of course, there is more to the story than her attempting to fit in, but I selected this snippet to make this point – belonging can claim a heavy cost from those who seek to be included.

In Bermuda, where I currently live, the LGBTQI+ community is preparing for its first Pride Parade in August with the theme “We Belong”. Many citizens are actively lobbying to block this event from happening. They believe that the LGBTQI+ community and hosting a Pride Parade in the country threaten its moral fabric.  Their message is, “we love the person, but hate the sin.” Some of us may see this view as extreme and unique to Christian-dominated societies, or those with strong religious orientations. That may or may not be the case. Nonetheless, the view and attitude that being different is wrong, is a sin, is more of a threat to human thriving than it is to ripping any moral cloth.

In some organizations where I consult and coach, employees snub at the idea of bringing their whole selves to work. They feel that some of their differences are too different for the organization, and hence too dangerous for them to expose. They sacrifice wholeness for safety. And the organization misses out on growth opportunities derived from engaging across differences. As John Holland, one of the pioneers of complexity science suggests, “Organisms in an ecosystem evolve because of their interactions with one another”. The ways we engage across differences reflects and supports our advancing developmental maturity. It also challenges and enhances our capacity to be with complexity.

In thinking about Snowden’s Cynefin framework, engaging across differences can be complicated, chaotic, and complex, but hardly obvious. When it’s taken as obvious, we end up with situations like those I expressed in the examples above where we criticize, reject, mock, and invoke moral laws to oppress those who are different. It is also mistakenly obvious to think that simply encouraging citizens, organization leaders, and employees to embrace differences is sufficient. A part of the complication and complexity with engaging across differences is that we must meet people where they are at, including anyone who rejects differences.

The human story of exclusion is becoming irrelevant, and yet more blatant, in our interconnected world. Fear of the unknown and of what is different drive our stories of separation and exclusion, which leads to rejection and social wounding. It seems to me that engaging across differences demands a way of making meaning that appreciates differences, challenges one’s own assumptions and beliefs, welcomes feedback, is grounded in curiosity, and willingly extends love and compassion to self and others. Engaging across differences invites us to engage maturely and responsibly so as to minimize social wounding and maximize belonging and community.

3 thoughts on “The complexity of engaging across differences”