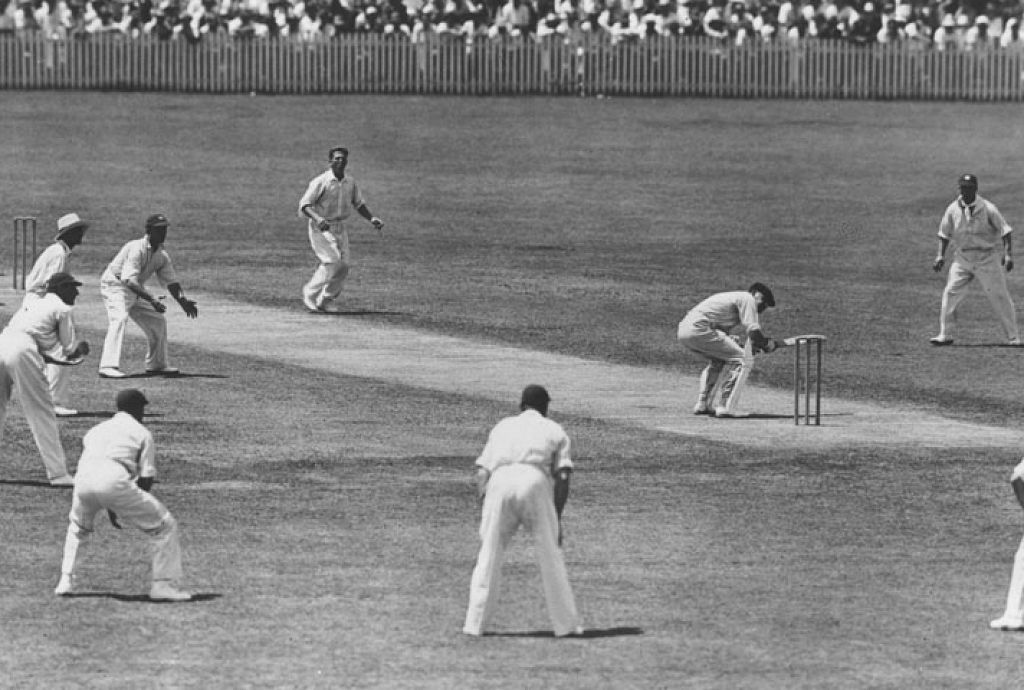 There is an Australian expression that describes the precariousness of politics and sporting life: a rooster one day, a feather duster the next.

In sports-mad Australia, cricket is the national game.  It is said that the captain of the men’s cricket team is the second most important person in the country, after the Prime Minister.  Although a former Prime Minister, John Howard, a self-confessed ‘cricket tragic’, once suggested this saying had the order backwards.

Smith, one of the most successful batsmen playing cricket today, has gone from rooster to feather duster literally overnight.

This fascinating tale says something larger about how self-reinforcing systems can seem coherent and invulnerable and then suddenly flip into a very different state.  The idea I have been wondering about as this cricketing crisis has played out is whether having a great big contradiction or polarity inside a system makes it more likely to flip from one state to another.

The contradiction in cricket was described this week by author Matthew Engel.  “Cricketers have always sought to gain unfair advantage, most of it in a manner best described as fair cheating all round.“  When is the cheating unfair and how does the cricketing public respond?  The answers to these two questions seem to determine whether the system carries on organising itself much as before or whether it slips into a different state.

Let me try and tell this story in a way that is accessible to those of you who are not yet cricket tragics.  Australia is currently playing South Africa at cricket in South Africa.  The first two matches had been intensely hard fought and each team had won one.  In the third match, a few days ago in Cape Town, things were not going well for Australia.  Senior players, including the skipper, consulted and hatched a not very cunning plan.  They decided to interfere with the ball, by having one of their players (in this case one of the newest members of the team) rough up one side of the ball so it would bend more in flight, and in less predictable ways, thus making it harder for the opposing batsmen to hit it.

One problem with this plan was it was clearly against the rules.  It is cheating and ‘unfair cheating’ at that.  A second problem was that it was very dumb.  It was extremely hard to get away with.  There were 30 television cameras observing the action and so the efforts to tamper with the ball were immediately recorded and replayed on the large screen and then attempts at a cover up were also recorded and replayed.

The skipper Smith and the player involved fronted up to a press conference at the end of the day’s play and confessed that they had hatched the plan, they were very sorry, and it would not happen again.

It is unlikely to happen again because Smith is likely to end up out of a job.  When Australians woke to the news the next day a wave of outrage grew.  The Prime Minister Malcolm Turnbull said: “our cricketers are role models. And cricket is synonymous with fair play. How can our team be involved in cheating like this? It beggars belief.”

Really, does it?  Others in the cricketing world are perhaps more gullible.  The system pushes players to the limits and then tests those limits of fair cheating.

Australians have been the world’s most successful sporting nation, on a per-capita basis, for most of the past 120 plus years, the modern sports era.  Why?  Because for much of that time they have been bigger, faster, fitter, and much more hard-nosed competitors.  More than 35 years ago, Australian writer Keith Dunstan observed:

“Australia does have this aggressive desire to succeed, to beat other nations, to exert its national ego, and this has been channelled tremendously through sport.  The public has this desire for success and the champions are lionised to such a degree that there are few dividends for failure.  Australian sportsmen have a fanatical desire to win with a killer instinct not often equalled by other nations.”

This is epitomised in the national cricket team.

Abuse of opposition players is a feature of many sports.  The Australian slang for this is ‘sledging’ and the cricket team prides itself on being among the world’s best at sledging.  In advance of a recent series against England, one of the older Australian players said about sledging the opposition: “I’m all for it. There’s a line. We’ll head-butt the line but we won’t go over it.”

This is such a gloriously contradictory expression.  We will do violence to the line by bashing it with our heads but we will not cross it, although the line might get bruised and bent out of shape.

Here is a system where all the elements interact and self-organise to demand victory at almost all costs.  But that drive for victory is also built on an expectation that it is seen to be won fairly and cleanly.  This is the deal.  If, as a team and a nation, we are going to invest so much in being the best, and believing we are the best, then we have to believe we won on our merits without cheating or cheating unfairly.

Losing might be too hard for teams to bear.  The system might well cast out losers as it has so often before.  But if you are going to head butt the line to make sure you win, don’t get caught falling over the line.

In the jargon of complex adaptive systems, the dominant attractor here is formed by the interplay of being muscularly and fiercely competitive, lauding victors and trashing losers, head butting the line and getting away with it, and being paid large amounts of money if you are successful.

If you get caught falling over the line then the whole system collapses in a heap, perhaps especially if you look guilty and fess up and then plead your case to be kept on, as Smith did.  The system, and it seems the nation, casts you out.  The pattern of attraction in this alternative system is hand on heart proclamations about the spirit of the game and the virtues of playing hard but fair.  This may be an impermanent state, a temporary but cleansing basin of attraction where a sense of honour and virtue is restored, where the baggy green cap can be worn with pride again, and then we can turn back to the real business of being winners.

The question I am carrying is whether the inherent contradictions of ‘fair cheating’ and ‘head butting the line’ mean the system will every now and then flip dramatically.  The roosters will become feather dusters for a time and then the shambling coherence of the system can be restored.

There is nothing particularly Australian about this.  This is a universal tale with systemic elements that are common to sports in general.  The difference with Australia is that sports dramas are writ larger than in many other countries.

The American writer Paul Gallico was once a sports reporter.  On giving up the game, he described sport of the 1920s in one breathless sentence as “a wonderful, chaotic universe of clashing colors, temperaments, and emotions, of brave deeds performed sometimes against odds seemingly insuperable, mixed with mean and shameful acts of pure skulduggery, cheapness, snide tricks, filth, and greed, moments of sheer, sweet courage and magnificence when the flame of the human spirit and the will to triumph burned so brightly that it choked your throat and blinded your eyes to be watching it, and moments, too, of such villainy, cowardice, and depravity, of such rapaciousness and malice that you felt hot and ashamed even to find yourself reporting it.”

The picture is from the major cricketing crisis of last century – the Bodyline series of 1932-1933.  Bill Woodfull, the Australian batsman pictured ducking another ball bowled at his body, famously said: “There are two teams out there. One is playing cricket and the other is not.”

One thought on “Fair cheating or feather dusters?”