Birds and the bees, and boundaries, and even rocks! 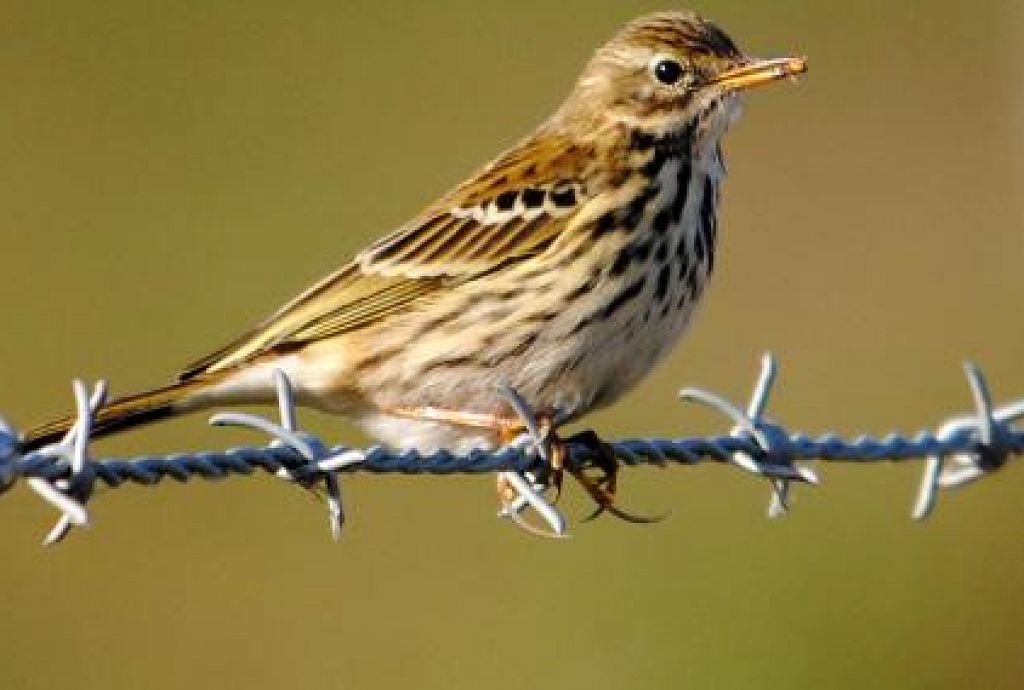 This is a story of birds and bees.  Last week two French reports showed that the populations of farmland birds in France had plummeted by an average of a third in the past 15 years.  A migratory song bird, the meadow pipit, shown above, has declined by nearly 70%.

The authors suggested this is emblematic of a Europe-wide crisis.  The main culprit is understood to be the use of insecticides across large swathes of mainly wheat and corn monocultures.  Habitat loss is also a significant factor.  The insecticides kill flying insects.  Research shows that flying insect numbers are down 80 per cent across Europe.  The loss of insects to eat leads to plunging bird populations both of birds that eat insects and also birds that feed insects to their young or birds of prey that feed on other insects.

The use of pesticides, especially a class called neonicotinoids, is primarily responsible for the loss of flying insects and also dramatic reductions in bee populations, with further knock-on effects in natural systems and in the pollination of agricultural species.

The French government has a plan to cut pesticide use in half by 2020 but sales are rising instead.

This is also a story about drawing boundaries around issues and how the boundaries that are drawn, and who they are drawn by, change how issues are seen.  Systems theorist Gerald Midgley says “the defining feature of systems thinking is reflection on the boundaries of inclusion and exclusion.”[1]

In this case there are many boundary choices to be made.  To oversimplify: is the focus is on agricultural practices and their interactions with natural systems or vice versa?  Or is it on farmers and pesticides and European agricultural policies?

A major study in 2013 looked at the short- and medium-term impacts of a complete European ban of all neonicotinoids on the value to agriculture and to the economy as a whole. The researchers concluded that, after five years, economic value foregone would amount to 17 billion euro and 27,000 jobs would have been lost.  The study was funded by the two largest producers of neonicotinoids: Bayer Crop Sciences and Syngenta.

When the report was released a UK Soil Association spokesperson, opposed to the indiscriminate use of pesticides, pointed out that, were pollinating insects to be lost, British farmers would face a cost three times than the predicted cost of banning neonicotinoids. Boundaries again.  Is the boundary the impact of the use of neonicotinoids or the costs of the bans or the whole interplay of social, economic, and natural systems?  Who decides?

A focus on boundaries and reframing can help us to take the perspectives of others on challenging issues.  Their views might be totally bamboozling until we can see the boundaries they are putting around the issue or the boundaries others might have used to frame it.

Werner Ulrich has developed a very useful set of a dozen boundary questions posed about what is and what ought to be.[2]  These cover questions about the purpose of the system, measures of success, who is making decisions, who is the client, who is included and excluded, what conditions are controlled and not controlled.  These questions help me in thinking about issues and also in understanding the thinking of others.

For example: I have been completely befuddled by the recent debates in the United States about arming teachers and librarians with guns in response to the nation’s endemic mass shootings.  Or even equipping each classroom with a bucketful of rocks!   My first reaction has often been blank disbelief.  You cannot be serious?  But when I look at the issue from the point of view of a school superintendent in those US states where gun control is essentially absent I can see how the boundaries on the issue contract into “what can I do now in this property that I have responsibility over to try to make things safer?”

I still think the arm-more-people reaction is insane.  And it is a clear illustration of the kind of loopiness that arises when a whole national debate is framed and vigorously reframed to ignore science and international comparators and instead serve a rich stew of special interests.  But within that lurid stew, being able to ask questions about how others are bounding the issue makes their framing object, a product of the system, and this helps me scaffold my way to seeing views that I would otherwise not be able to hold.