Hot and cold running myths in every room? (2) 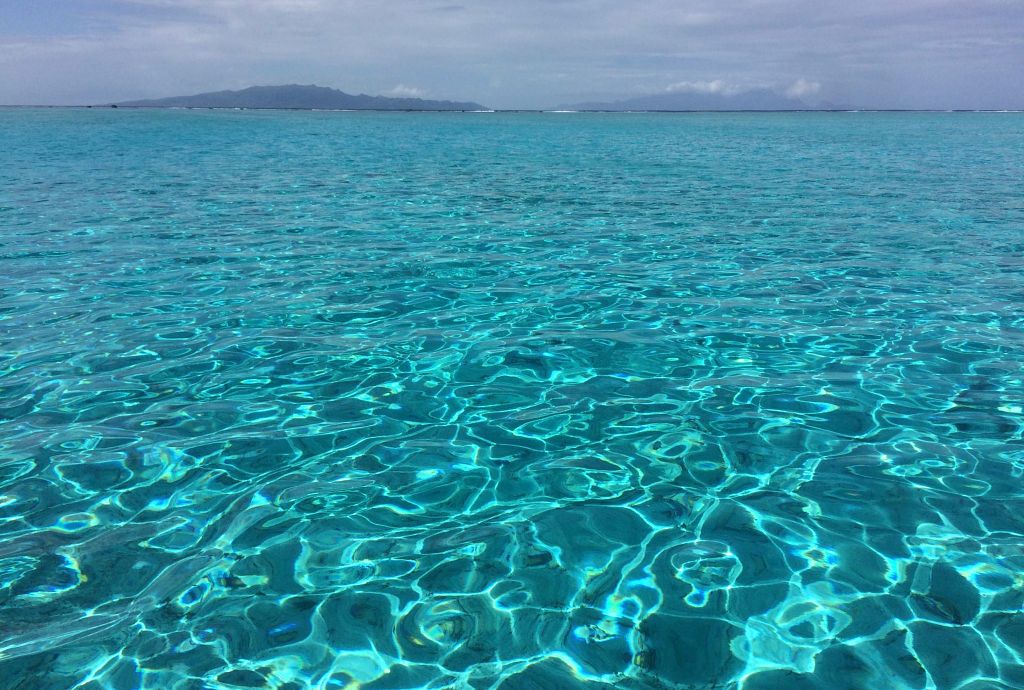 In any Maori ceremonial greeting or powhiri in New Zealand respect is paid to those who have died.  They are farewelled on their spirit journey back to Hawaiki Nui, the Polynesian island known in Maori oral histories as the one from which the ancestors voyaged to New Zealand and the one to which people’s spirits return after death.

Hawaiki Nui has been on my mind recently for two reasons.  Firstly, because I have been thinking about myths after reading about Alex Evans’ argument that new myths are needed for societies to take effective action on climate change.  Secondly, because apparently I have been gazing at it.

A month ago, my wife and I enjoyed a holiday in French Polynesia.  We stayed at beaches on two different islands.  Each time we were looking across to the island of Raiatea.   The people of Raiatea say their island is Hawaiki Nui.  I found it surprisingly affecting to be staring out at an actual place that I had heard about for many many years.  But I had heard about it as a myth.  There it was looming over the horizon, a myth made montane.  It got into my head about how mythical it was or how real it was.  The tangibility of an actual island seemed to give the myths greater power.

What if all our myths had a physical presence like this?  What if they appeared to us like ghosts?  Would they be a much more powerful presence in our lives?

Franciscan Richard Rohr[1] writes that the opposite of rational is not always irrational but could also be transrational by which he means things that are bigger than the rational mind can process.  He points to love, death, suffering, God, and infinity as examples.  “Both myth and mature religion understand this,” says Rohr.  “The transrational has the capacity to keep us inside an open system and a larger horizon so that the soul, the heart, and the mind do not close down inside of small and constricted space.”

This seems to be something of what Alex Evans is seeking when he argues we need new myths to deal with climate change because our old ways of motivating societies to tackle the issue have been ineffective.  In my last blog, I pointed out these would be mega myths, bigger and longer-reaching than we had ever managed before.

Evans got me wondering about where myths come from?  My sense is that our dominant myths have been developed or husbanded by elites.  Most of them are religious or political in origin (in the broadest sense of these terms) and they date from periods when religion and politics were the province of elites – even where they involved ‘popular’ uprisings.

In the case of new myths for climate change, Evans is suggesting something different.  He imagines myths as emergent properties of a system of conscious and less conscious conversations within and between small groups of people.  These groups might arise wherever people gather and include religious and non religious people.  Evans assumes a level of personal commitment and disclosure that is deeper and more engaged than most of our current discourse.  He also imagines a much more horizontal approach to this engagement than the top-down approaches he sees being pursued by many activist organisations.

I am curious about the extent to which these mega myths might be emergent from our systems.  Are there other examples?  There are community campaigns (from anti-slavery to LGBQT rights) which have involved mass mobilisation but there has tended to be mobiliser and mobilised.  The scope of the mythmaking Evans seeks suggests something that is less shaped and led by those with power.

Yet at the same time as this new myth creating might be occurring in response to the climate crisis, the existing cacophony of political, corporate, and religious myth sustaining, making, and bending thrashes on.  The hope is that we will be moved to vote, consume, or redeem in the chosen ways and for the interests of the chosen group.  How much are we looking for the reshaping of existing myths and narratives and how much do these need to be created anew?  Evans goes back to the Book of Enoch and the Ark of the Covenant to repurpose to serve as a guiding frame for effective action on climate change.  Rohr makes the point that myths are effectively bottom up as well as top down.  He says, “Myths are true basically because they work!  A sacred myth keeps a people healthy, happy, and whole – even inside their pain.”

Rohr explains that myths work because they can encompass our pain and suffering but is there also pain and suffering that comes from the shadow side of the myth itself?  There certainly is when people murder each other for the rightness of their myths.

To what extent do myths have lives of their own and shadow sides?  Do myths just drive us in one direction, achieving the aims we want to achieve, or might they also cut in other ways that we might not expect?

We see the risk of shadow sides and perverse consequences in the climate change debate.  Myths of hope have the risk of leading followers into realms of delusion; and myths of fear can lead us into realms of despair.  Over the past 25 years the evidence of human-induced climate change has got clearer and clearer.  Perversely this has not lead to concerted global action.  It has lead to campaigners becoming more and more fervent.  But as their concern and voices have risen so to, it seems to me, has their insistence that we still have time to act and how we can all make a difference.  The anxiety that people are not getting the message is accompanied by a fear that we will get it and also think it is too late.  The data and the myths risk cutting both ways.

How do we enable myths to emerge that will include the nuance to be frightening and hopeful at the same time?  They need to be able to hold life and death together, fear and hope, and to work in practice to help us make sense of the world and our place within it.  Can we both believe them enough and also hold them lightly enough to be able to play with each other’s stories?  Can we experiment and see what emerges and hope that the marketplace of ideas and myths will allow a winnowing of those work and those that do not?  This lightness of faith is an act of faith in itself?  Polynesian peoples trust that the spirits of their dearly departed will find their ways back.  They farewell them: Haere ki Hawaiki Nui, Hawaiki Roa, Hawaiki Pamamao.  We need to have faith and trust in the present moment and each other, trust that we can each perform in this mythmaking dance.