Lessons through music at the Sydney Opera House 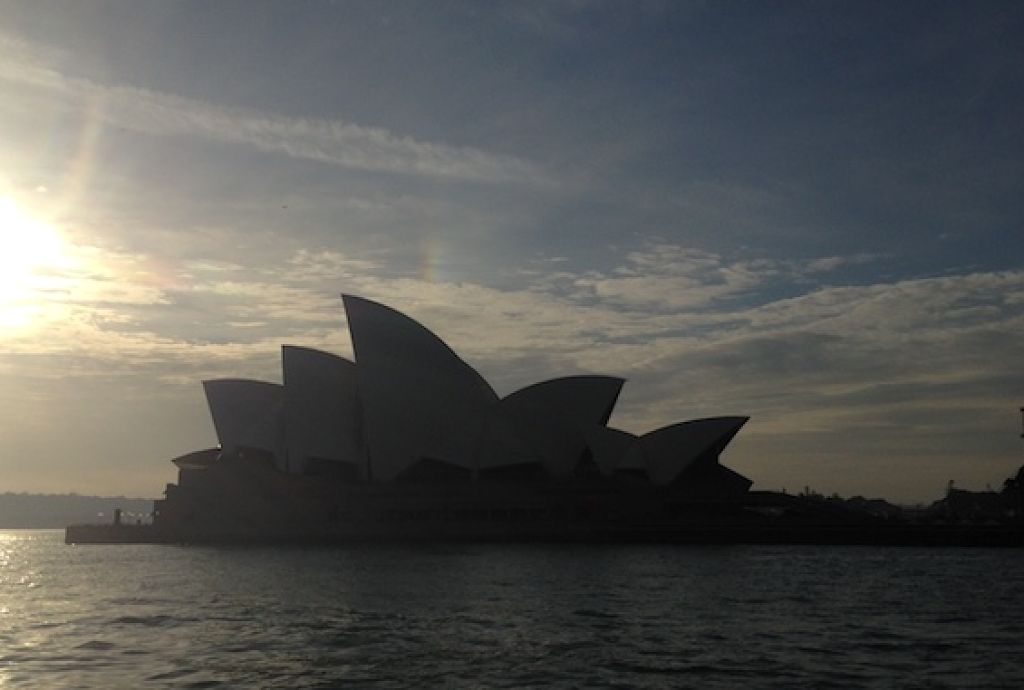 Last weekend I had the great joy of singing the Brahms Requiem at the Sydney Opera House.  And while I learned lots about Brahms and singing, I was also impressed by how much I learned about leadership from the fantastic conductor Brett Weymark.

Brett is the leader of the Sydney Philharmonia Choir, a series of choirs that are designed to keep choral music thriving in Sydney. This particular choir, which falls under the heading Chorus Oz, is a pick-up choir. Once a year, they open registrations for a particular piece of music. You pay some money, get a score and a CD of your part in the mail, and practice like mad in your living room (or shower, or airplane or wherever you can sing the same thing again and again—in this case in German). Then on one May weekend, you all get together, practice for less than 8 hours, and then perform in front of a crowd at the Opera House.

Brett, our fearless leader, took 500 singers—some (like me) of doubtful talent—and brought us together into a choir very nearly worthy of performing. When he asked us how many of us were new to Chorus Oz, only a small number of us stood up. This means that he is able to bring people back for this experience year after year, and from all over the world, to make music together in one intense burst. How? Here’s what stood out for me.

Passion. Brett loved the music, loved choirs and singing, and loved his role as our leader. He oozed delight. His knowledge was deep and thorough, and he had a clear vision for where he wanted us all to go together, but the overriding sense we got through all that knowledge and skill was love. It made me wonder: How many of the leaders I work with actually love their jobs and have passion for the purpose of their organizations?

Positivity. I think it must be really hard for a musician to hear music sung inexpertly. And while it’s probably a joy for teachers of music to prepare a choir to be fantastic, it would be much easier to be delighted with that effort if you could hand pick each singer personally and rehearse them until they were perfect. Brett was faced with 500 of us who had just signed up on a website. We were all over the place in terms of knowledge, skill, and familiarity with the music. He could have gotten frustrated or critical, but instead he was a positive presence the whole time. Even when he gave us a critique, he was positive and upbeat about it. (“Altos, you were fantastic—rich and lusty sound—great! You’ll be even better next time if you just sing the notes that Brahms wrote for you…”) He didn’t pull his punches—he was clear when we were off or when we were not doing what he wanted. But he told us about it with lightness and humour instead of scowls and frustration. How many leaders can face up to the mistakes of their people with a positive attitude and a sense of what will be better next time?

Prioritisation. Finally, Brett didn’t have time for perfection. As he said about 60 minutes before show time, “I’d really like to see the end of this piece at least once before the audience does.” He had to select the highest value areas for us to improve, and let the rest go. He decided that diction would cure all our ills, and that staying in tune (especially the lofty sopranos) and paying attention to the dynamics of the music (where it gets loud and soft) were the most vital elements. And so mostly that’s all we worked on. In his regular choirs, he’d have worked on 10 or even 20 times as many things, but he understood the task and the envelope he had to work inside. He was clear not to let the perfect be the enemy of the good. How often do leaders bother with lower value work that prevents them from dealing with important and strategic issues?

Those of us who have sung in choirs with fantastic directors in the past could see the moves Brett made because of the length of time and size of the choir. We knew we were not delivering a perfect piece. But the 500 of us on stage at the Opera House were alive inside the music. We learned about Brahms, about what he was doing with the Requiem, and about what it was to listen carefully to the voices and instruments around us. And while we might have cringed at a couple of our looser spots, the audience afterwards seemed delighted with the experience. And next year when they ask who is new to Chorus Oz, I won’t need to stand up. Sometimes it is the leader who makes all the difference about whether you come back and give it another go.

One thought on “Lessons through music at the Sydney Opera House”