Development for the people, in paradise 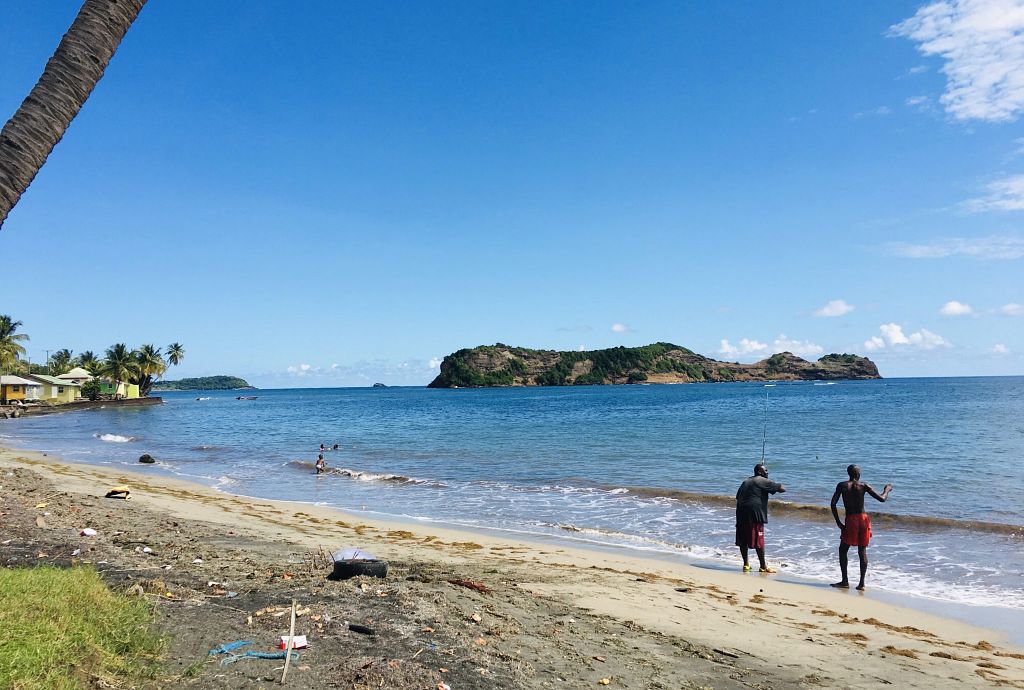 I have been dreaming a lot about the Caribbean lately. And it is not because I can go to the beach in January and sweat, eat authentic jerk cuisine (tofu for me) just about anywhere, and enjoy a large variety of fruits I can pick directly from the tree. I have been thinking mostly about the people. I have lived, worked, and now teach there and experience the people as relaxed yet purposeful, professional yet friendly, communal yet independent, and driven yet thoughtful. They also have good dance moves. And, yes, there are exceptions. I can be as stiff as a plank and slow as a slug even while listening to the best of Sean Paul, Machel Montano, and Koffee. Anyway, we are not talking about my mostly underdeveloped dance moves. However, I do want to talk about development.

The first time I became aware of development I was a teenager reading about how underdeveloped the Caribbean and Latin America were compared to the United States and Europe. This suppressive declaration saw an increase in socioeconomic developmental programs in the region. Many of them still exist today. More significantly, and unfortunately, the thinking that the region is underdeveloped also still exists. This thinking makes it easy to ignore or underestimate the possibilities and psychological needs that exist in the region.

Although the Caribbean has benefited from developmental programs, a consequence is that people are socialized into focusing primarily on external and corrective forms of development. Being from the Caribbean and having spent so much time there, I have noticed that people generally want to grow and be better. I also see that growth is usually directed externally, such as towards escaping poverty, starting a business, owning property, and earning a college degree. Our society supports these important achievements and rightly so. However, the fixation on external development means that not many people find support for their internal development or meaning-making capacities.

The Christian church is quite active in the Caribbean and is the primary space where people generally might get support. However, God and heaven are also external objects and goals to know and achieve. If one questions these truths, they are shunned and likely deprived of any form of support. This is an unfortunate conundrum for people who want to grow. They feel stuck if they stay in the church and unsupported if they leave. There are, of course, alternatives to Christianity. Rastafarianism is one of them. I have close relationships with Rastafarians, including family members, and they would say things like, “God is within you,” “You yourself are god,” and “Free yourself from the system”. Or, in the words of Bob Marley, “Emancipate yourself from mental slavery.” As a Christian teenager, I never understood a word of what this all meant and even if I did, I doubt I would have bought into it. I thought Rastafarians were, at best, crazy, and at worst, blasphemous. They spoke of, and as, consciousness in ways that were too foreign to me. Now, I suspect that the Rastafarian way of life, not necessarily its religious views, support adult vertical development in ways that fundamental Christianity is catching up to. Unfortunately, Rastafarians are a minority group and are marginalized in the Caribbean so not many people adapt or see any benefits in its way of life. On a side note, I am curious about the ego development of Rastafarians because of their explicit natural mystical practices, their attention to consciousness and identity development, and their focus on self-liberatory experiences. I also wonder, what elements and conditions are already a part of Caribbean society, and any other society, that implicitly support adult development?

I have been thinking a lot about us expanding the potential benefits of adult developmental support beyond the walls of organizations and so-called developed societies. I wrote in another blog/article about my concern that developmental support is not as accessible to Black Indigenous Peoples (and cultures) of Color (BIPOC) as they are to white peoples and cultures. There is no doubt that there is value in broadening the scope of who receives developmental support. It meets a universal demand and need that ought not be exclusive or available only to a privileged few.

I am excited about the prospects of standardized adult development concepts and practices traveling to the Caribbean, and not just for a short vacation to escape winter and whiteness in the north or to colonize or appropriate pre-existing developmental ideas and practices. I imagined a more permanent move and egalitarian existence that facilitate greater internal capacity building for the people. What would our world be like if we took a socialist perspective towards adult development? Imagine the world and collective capacities we reify by providing access to developmental support to underserved populations. I am inspired by the efforts of some of my colleagues at Cultivating Leadership, like Jen May, Joey Chan, Nicolai Tillisch, and Zafer Achi, who are doing incredible work exposing people in the Middle East, North Africa, and China to adult development ideas, practices, and support. I am learning a great deal from them.

A couple months ago, I had the opportunity to have one-on-one developmental conversations with graduate students in a psychology program in the Caribbean. This was after the students took the Maturity Assessment Profile (MAP) that is based on Ego Development Theory. They took the MAP because I thought that the program could be more deliberate about supporting their development. In their words, the students found the conversations “enlightening,” “liberating,” and “especially useful”. Many of the students talked about feeling groundless, unsupported, alone, uncertain, and anxious at this stage in their life. They told me that this kind of conversation was a first for them, as they never get to talk about their own growth and development. There are about 44 million people who call the Caribbean home. While these students represent only a small fraction of the population, I suspect that they represent evidence of a general drought of adult developmental support for the people.

I continue to work with these students and a new cohort that starts this fall. At the same time, I am aware that a university campus limits access to developmental support. Yet, it is a start. There are also inmates, church leaders and their congregants, educators, and young people who can benefit in similar ways. My heart is also with them and I am exploring ways to expand the scope of these efforts to match the demand and also reflect what is in my heart. This is an important way to serve for those of us who have benefited from developmental support and who support others in different and more privileged contexts.

For the Caribbean, socioeconomic development has been the focus for many decades now. This needs to continue. And we also need to focus on the development of people’s interior capacities. I envision a day when Caribbean people have access to adult developmental support similar to ways they can pick fruits directly from the tree, buy jerk chicken (or tofu) from most restaurants, and swim in the warm sea all year round. The benefits would be refreshing, delicious, and healing.

What thoughts and experiences do you have in making adult developmental support more accessible to the people? I welcome your thoughts, caution, and support.