All the way down 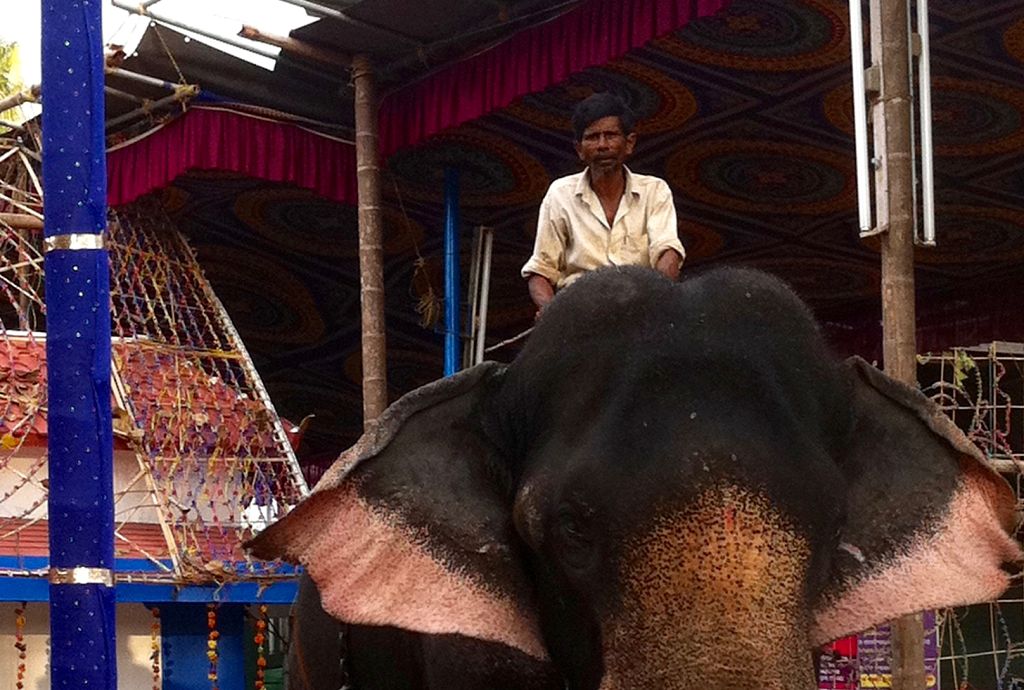 Writing more than thirty years ago physicist Stephen Hawking began his classic book “A Brief History of Time” with the story about a famous scientist giving a public lecture on astronomy.

He described how the earth orbits around the sun and how the sun, in turn, orbits around the center of a vast collection of stars called our galaxy.  At the end of the lecture, a little old lady at the back of the room got up and said: “What you have told us is rubbish.  The world is really a flat plate supported on the back of a giant tortoise.”  The scientist gave a superior smile before replying, “What is the tortoise standing on?”  “You’re very clever, young man, very clever,” said the old lady.  “But it is turtles all the way down!”

Clearly this is nonsense.  How could it be a tower of turtles?  Simply absurd!  It’s not turtles.  No, no, no!  It’s elephants.  Trust me.

The blinding insight about how an edifice of elephants is holding up our world came to me recently when reading two current books by prominent neuroscientists.  Allow me to explain.

The first book, published last year, is “How Emotions Are Made”[1] by Lisa Feldman Barrett.  She offers what she calls a new paradigm in the field: “the theory of constructed emotion.”  “An emotion is your brain’s creation of what your bodily sensations mean, in relation to what is going on around you in the world.”[2]  Emotions are emergent properties of the system of ourselves and the world we live in.

The second, published in 2018, is Antonio Damasio’s “The Strange Order of Things”[3].  Where Barrett focuses in on the processes by which emotions are constructed, Damasio adds more levels to the argument.  Not only are feelings and emotions emergent constructions from our perceptions and bodily experiences, but Damasio says these feelings are the means through which we construct cultures and the world around us.

It’s feelings, or elephants, all the way down.

The elephant image for feelings arises from the metaphor that we are like a rider on top of an elephant[4].  The elephant is our emotions.  The rider is the sense that through our rational self we can control the elephant, were the elephant to want to be controlled.  Despite our illusions of control, the rider is more the elephant’s adviser and servant.  Damasio takes the elephant idea (or the pervasiveness of feelings) and extends its reach.

Sadly, a more current metaphor might be the relationship between the current US President and his chief of staff:  elephant and rider, id and a pretence of control; but I digress.

Three thoughts or questions arise from this for me.  Firstly, there is the rich irony of neuroscience bowing to the novelists.  After years of bustling about with enlightened rationalism, and its rationalisations, the case for feelings is being made beautifully by scientists.  Damasio traces how human needs lead to feelings and these drive technologies and practices to give us culture (all in an emergent rather than linear way).  “The sick patient, the abandoned lover, the wounded warrior, and the troubadour in love were able to feel.  Their situations and their feelings motivated intelligent responses, in themselves and in other participants in their respective situations.”[5]

Secondly, both Damasio and Barrett are effectively describing complexity, self-organisation and emergence.  Towards the end of her book, Barrett allows that she has been describing the brain as a complex system: “Complexity, not rationality, makes it possible for you to be an architect of your experience.”[6]

Here is Barrett on the self-organising, emergent nature of emotions:

“Emotions do not shine forth from the face nor from the maelstrom of your body’s inner core.  They don’t issue from a specific part of the brain.  No scientific innovation will miraculously reveal a biological fingerprint of any emotion. That’s because our emotions aren’t built-in, waiting to be revealed.  They are made.  By us.  We don’t recognize emotions or identify emotions: we construct our own emotional experiences, and our perceptions of others’ emotions, on the spot, as needed, through a complex interplay of systems. Human beings are not at the mercy of mythical emotional circuits buried deep within animalistic parts of our highly evolved brain: we are architects of our own experience.”[7]

Damasio calls the processes he identifies as creating feelings and then feelings driving the development of culture as “homeostasis.”  “Homeostasis is the powerful, unthought, unspoken imperative, whose discharge implies, for every living organism, small or large, nothing less than enduring and prevailing.”  Damasio goes on to clarify that “enduring” is the transparent need to survive.  “Prevailing” is more subtle and rarely acknowledged.  “It ensures that life is regulated within a range that is not just compatible with survival but also conducive to flourishing, to a projection of life into the future of an organism or a species.”[8]  For Damasio, feelings are both subjective experiences of homeostasis and they also function in the self-organising ways homeostasis does.  So too do cultures.

For much of the time we have been working with leaders in complexity we have been making the case that encountering complexity is like going to a foreign land.  In a way it is. As modern humans we have work so hard to make our world ordered and manageable.  But this foreignness is also an illusion.  As we encounter complexity we are coming home.  The complex world is us:  in the ways our feelings and emotions emerge, in the ways these reflect our responses to the worlds around us, and in the ways our feelings and emotions also create our world.  We are complex and emergent to the core.  How might this shape the ways we teach and work with these concepts?

Is that a stack of elephants I see or just self-organising properties of a complex system?

[1] Lisa Feldman Barrett (2017), How Emotions Are Made: The Secret Life of the Brain, New York, Houghton Mifflin Harcourt.

[4] This metaphor was created by Jonathon Haidt and written about in his book The Happiness Hypothesis (2006).  It also forms the basis for the Chip and Dan Heath’s book Switch: How to Change Things When Change is Hard (2010).

2 thoughts on “All the way down”