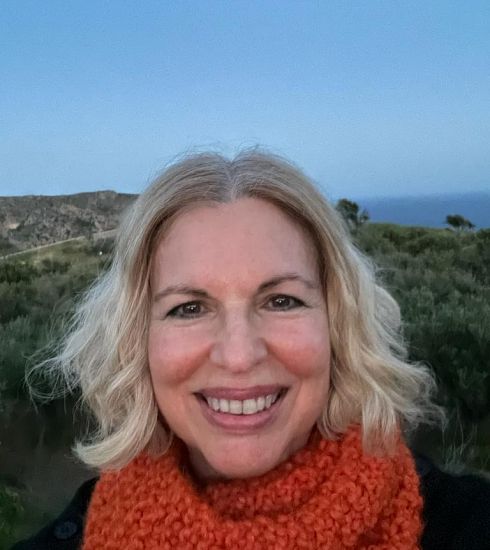 For her entire adult life, Katina has maintained a passion for supporting individuals and groups to change and flourish in their professional and personal lives. She loves to create safe and challenging environments for pivotal conversations that enable leaders to uncover unconscious emotions, thoughts, values, motivations, dynamics, and somatic intelligence. She utilises a range of approaches that progress and sustain her clients’ visions with the aim to inspire executives to learn, grow and take ownership. Katina applies psychology to leadership and organisations in pragmatic ways and raises people’s awareness of complex interpersonal and system dynamics. She listens with presence and empathy, and asks questions that encourage emotional intelligence, insight and, ultimately, more flexible perspectives and actions. She delights in curiosity, courage, consciousness, connection and communication.

Katina has over twenty-five years of experience working in organisations as a corporate psychologist, organisational consultant, trainer, and leadership coach. In a previous chapter of her life, Katina worked as a psychologist in various clinical settings before co-founding and managing a psychotherapy centre where she also practised as a psychotherapist. Katina has extensive experience working with senior leaders of global corporations across a broad range of industries; and in designing and facilitating leadership and executive team development programs. Since 2007, she has worked at several business schools as a coach and program facilitator including IMD (Lausanne) and Duke CE (London).

Katina’s educational background includes qualifications in psychology (Top student award, Queensland University) and somatic psychotherapy. She has trained in Voice Dialogue, somatic coaching, adult development, systems-psychodynamics, neuroscience, and EFT (Emotional Freedom Techniques or Tapping), and has accreditations in various leadership tools. Her first job was teaching business subjects in secondary schools and colleges, and she also trained and worked as an actor. She has a Masters in executive coaching (Middlesex University and i-coach academy), is a registered psychologist (Australia), and member of the British Psychological Society. Katina is the author of The Thin Book® of Smart People Skills: 8 Tools for the Savvy Leader.

In keeping with a growth mindset, Katina left Australia in 2006 and lives between Kythera and Athens, Greece, with her husband. She values connecting with loved ones all over the globe (as well as London where she lived for three years); learning and reading; nature (especially the sea in Kythera); yoga, exercise, and meditation; writing; and a recent, wild decision to learn piano.